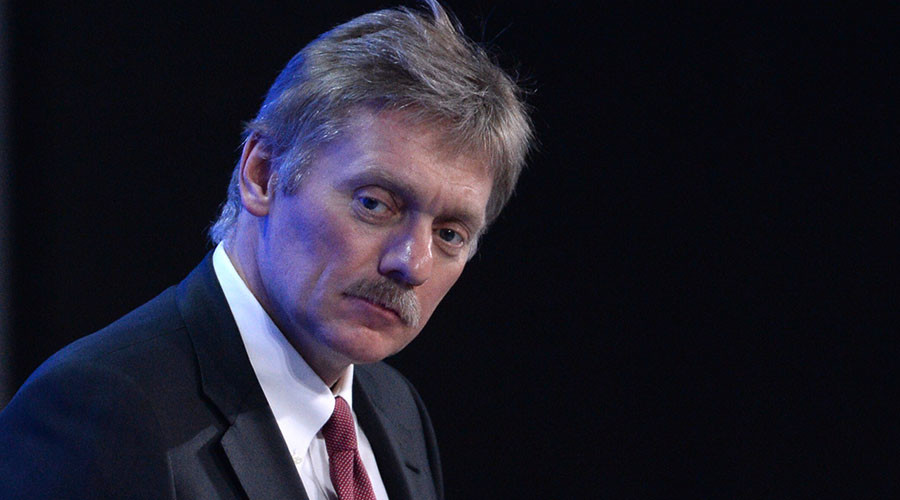 The alleged statement of the joint command center of Russia, Iran, Syria and their allied forces (Hezbollah and other pro-government factions) appeared on April 9 and rapidly became popular in the mainstream media. According to the statement, the allies would respond to any new aggression and increase its support for Damascus.

Reuters and other outlets quoted it refering to the statement as to an official attitude of the Iranian-Syrian-Russian alliance.

“We are not aware about that, we cannot confirm that and we do not know where Reuters got this and where these anonymous sources appeared from again,” the Russian state-run news agency Sputnik quoted Peskov as saying.

What was clear about the situation on Sunday:

Thus, the statement was an unofficial warning to the United States from Iran, Hezbollah and other pro-Iranian groups involved in Syrian and Iraqi conflicts. It is not clear weither Moscow was involved in this action or not.

And last but not least, some people say that the statement is fake because the joint command center involving Russia, Iran, Syria, Hezbollah and othe pro-government factions does not exist. In this case, the argument is that no statement on its creation has been released.

Indeed, there is no doubt that a kind of this centre exists, unofficially. The Iranian Islamic Revolutionary Guard Corps, Hezbollah, Iraqi militias and other pro-Iranian factions play an important role in the conflict and they have to coordinate somehow their efforts with the Russian Aerospace Forces, the Russian Special Forces, the Syrian Arab Army and other pro-government factions (for example Liwa al-Quds).

Example: Alleged servicemen of the Russian Special Forces were spotted alongside Hezbolalh fighters in the Syrian city of Aleppo in December, 2016:

Furthermore, in September 2015, Iran, Russia, Syria and Iraq set up a joint information centre in Baghdad in order to coordinate their operations against ISIS. (more about the issue)

learn english. there is noi word about sending troops. russians always pointed on fact, they will not send troops.

Guess you are too stupid to click on web links either… dipshit….

mr. stupid madmax, i clicked and read 2 different things: 1)russia will recriut 150 000 new rokies int its army. in russia 2)iran and hezbollah will enhance the number of soldiers. in syria.

In Russia we have two regular conscriptions each year: spring one and autumn one. Now it’s a usual time for the beginning of a spring conscription. It is not related with Syrian deals anyway. Young soldiers are never being sent abroad – only professional army troops and PMC troops are used there in Syria.

I’m confused by this, why would Hezbollah/Iran release such a statement knowing Russia would deny it? What political goal would this achieve?

Russia has not officially confirmed or denied it. It is simply a spokesman from the Kremlin. It sounds more of a discussion between Russian defense chief and Iranian defense chief. Like military man to military man. Politicians rarely know about what military men are actually saying to each other.

Probably one officer told in privat discussion something about red lines, and these idots made official, diplomatioc declarations. :))) shame for them!

Funny to see the ones who prosecuted the Russian Nationalist-Racialist movement (out of pure fear and gutlessness because many of them are also Nationalist-Racialists but of the gutless type) contemplating the pathetic weakness of the system that they created. All that it took for them to shake their boots is for the Zionists to give them a serious warning.

The Russian Slavic people’s and all who live in historic Russia, Know**…the Jews overthrew the Czar and placed a Jewish/Bolsheviek Crime rule over all the land. Russians of today are probably duped by the Open Freedom they experience And measure as Russia national patriot. Duped..to not notice how Rothschild Central bank and powerfull Jew Oligarchs Rule them. It’s the same in the USA,..except the CIA,Judiciary and Pentagon are Vatican, Jesuit Controlled…with Zionist neocon control media and banking. MIC is like a bellowing beast blood lust for attention. Much of America GDP is military. 800 bases worldwide. ..it’s the Roman Empire on Steroids!

Russia does far to much pussy-footing as i believe the expression goes. Russia is being attacked, surrounded, while 20 nations are mobilized against them. Will Russia never wake up? Quite dreaming about being buddy buddy with Europe, quite hoping for vacations to USA. Just stand up like a man, and form real alliances! Russia stood up for Serbia when they should not have. I thought Russians till this day thought that was the right thing to do? Why then is Russia lacking the character to form real alliances today. The best friends Russia is ever going to have in this world is going to be Iran and Syria. I predict that since Russia is unwilling to met the challenges today, that Moscow is destined to be nuked by Israel in the future. Russia lets all of their allies get conquered by Zionist interest.

Russia would have been more wise to never have backed Serbia’s assassination of another nations leader in the early 20th century. It led to the collapse of Russia, starvation, Marxist-revolution, the murder of the Royal family of Russia which would be the cause of the 2WW, and Jews gaining control over all of Russia.

Russia instead should have saved all of their fighting for this war here today!

That Putin will not force Israel politically to get the hell off the Golan heights, Which is 2 UNSCRs stating Israel occupies illegally and must withdraw. That…and Jew death birds fly Into Lebanon and Syria to murder and destroy.

It appears Russia is still Rothschild Central Bank, …Powerfull Jew Oligarchs Rule Russia. This has to be what’s keeping Russia from smack down Israel ,Turkey and US. There maybe some level of Financial conflict between the Globalists and Russia’s Oligarchs. NATO promised to not expand East,..yet under Putin…they rolled everything up to Russia’s Borders . Sanctions are an act of Agression. …Iran has been humiliated under them for decades, Russia join them too now. If you can live with the humiliation..well..then. ..

The Syrian conflict has gone from rescuing heroes via Hezbollah, IRGC and Russia . Now…Half or more of Syria’s army are dead…they are down to maybe 100 capable Aircraft …which have no chance if they fly too low vs Manpads. They have no chance vs IAF or US/Nato in air combat….their targeting systems and missiles are non competitive in today’s air combat. Syria is now this crawling injured victim.

Russia gets some bases in the Syria partition they have obviously and secretly consented to. Jet Ski on Latakia coast. ..while US kick Kurds in the Ass and point to the New Saudi rulers who will govern their Wahabbi kook world in the East.

Netanyahu is now telling…or is it ordering? …Trump to carve Israel more safe zone in Syria. Well…if That Happens!… and Russia walks away quietly,…then…it’s forever Fact, That Russia as a nation…is under Jew control. ..except it’s not like Bolsheviek Times…something different. ..but F’ ng Talmud crime cabal. …Jew!.

One thing you must know is Russia and China are strong partnership.Who wants to fight two of them in one time?Funny thing is who wants vacation to Americana?

russia and china did nothing, when americans attacked syria. be sure, if one of these two countries wozld be attacked, the second did nothing.

Of course that they must be aware of it! :-D

But I believe that their present muddling and fuddling statements, “these plausible denials”, are viewed by them as a convenient means of de-escalation, following Lavrov–Tillerson talks.

They first issue a statement that is well understood by the other party… get the testing message, wait for the other party to respond it by a predetermined time… and then, depending on the other party’s understanding, either remain silent, or offer a plausible denial.

It does look a bit childish, but it is quite effective.