According to the head of the Estonian Foreign Intelligence Service, Moscow is going to use honeytraps to provoke scuffles between NATO’s British military and local population in pubs. 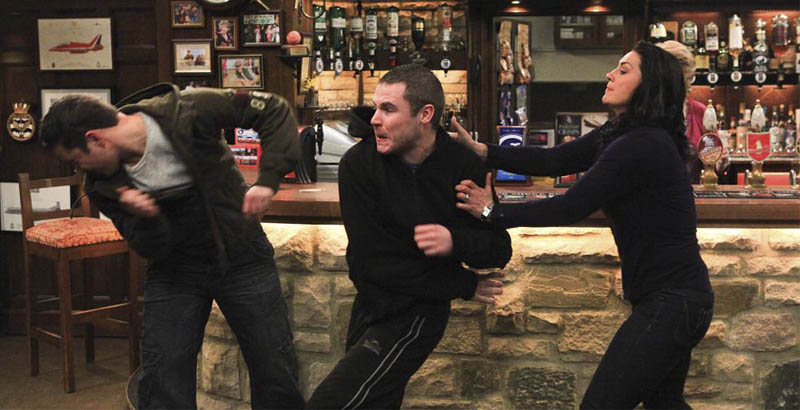 Head of the Estonian Information Board (Foreign Intelligence Service) Mikk Marran admits a possibility of scuffles between NATO’s British military, arrived in the country, and local population, but sees in this the ‘hand of Moscow’, the Times newspaper reported.

According to Marran, Russia can use the method of ‘honeytrap’, sending women to provoke fights in pubs and representing British soldiers as hooligans, as well as arrange provocations in order to gain access to accounts of servicemen in social networks to find information for blackmail.

“We are seeing some of it already. Some degree of noise along the lines of ‘These troops are not welcome by the local population’,” Marran said. “There will be 800 young British soldiers. People will be travelling from their bases to the cities. Probably they [will] do some pub hopping. We cannot exclude some fights that might be triggered by the opposite team, as we call it in Estonia. For example, traditional honeytraps and so forth,” the official told the newspaper.

According to the Times, for several months, the Estonian and British authorities have been discussing a threat that British soldiers can be involved in ‘spy games in the Cold War’s style’. Marran explained that the fact that 4,000 troops from NATO countries are currently deployed in Europe could become “a perfect opportunity for Moscow to create a false impression of western aggression by spreading fake news stories through Kremlin-friendly media outlets.”

The Estonian official did not give any significant substantiation of his statements. He just reminded that in the past year, two British soldiers, who participated in military exercises in Latvia, were involved in a street fight with a group of local residents. The incident was captured on camera by people, allegedly associated with media, which were sympathized to Russia.

“Certainly it had some Russian background to it,” Marran said.

The head of the Estonian Foreign Intelligence Service also noted that Russia allegedly tries to influence the upcoming elections in France, Germany and the Netherlands.

Russia has repeatedly been accused of attempts to interfere in an election process in the western countries, however, no evidences were provided. Moscow denied all these allegations and called them unfounded.

Earlier, NATO Secretary General Jens Stoltenberg said that the alliance does not see any immediate threat from Russia.

Moscow has repeatedly stressed that Russia will never attack any NATO country. According to Russian Foreign Minister Sergei Lavrov, the alliance clearly knows this and just uses the occasion to deploy more military hardware and battalions near the Russian borders.

In July 2016, at the NATO summit in Warsaw, it was decided to “strengthen the eastern flank” of the alliance, deploying international battalions in Lithuania, Latvia, Estonia and Poland. The UK, Germany, Canada and the US decided to be responsible for their formation.

If Russia can alter election results just by publishing articles in RT and cause NATO members to fight by sending a few women into pubs then we might as well surrender now. Apparently, westerners have no will of their own. The fact that we believe this tripe already proves that we have no mind of our own. We have no willpower either.

British squaddies out on pub crawl – ask anyone in UK what that means. This is just an Estonian official preemptively throwing blame at Russia – before the inevitable squaddies vs locals pub brawl breaks out.

I remember some WW2 vet saying when he was on Italy fighting Mussolini they went into a prostibule and were outraged to see some english there getting drunk and beating the girls hard for no reason, they weren’t even “enjoying” them, just beating. He said he and his squad shot the brits dead on spot, even they being allies, as treating women like this is unforgiveble for us latins.

Sure, blame Russia for drunken Brits in advance….