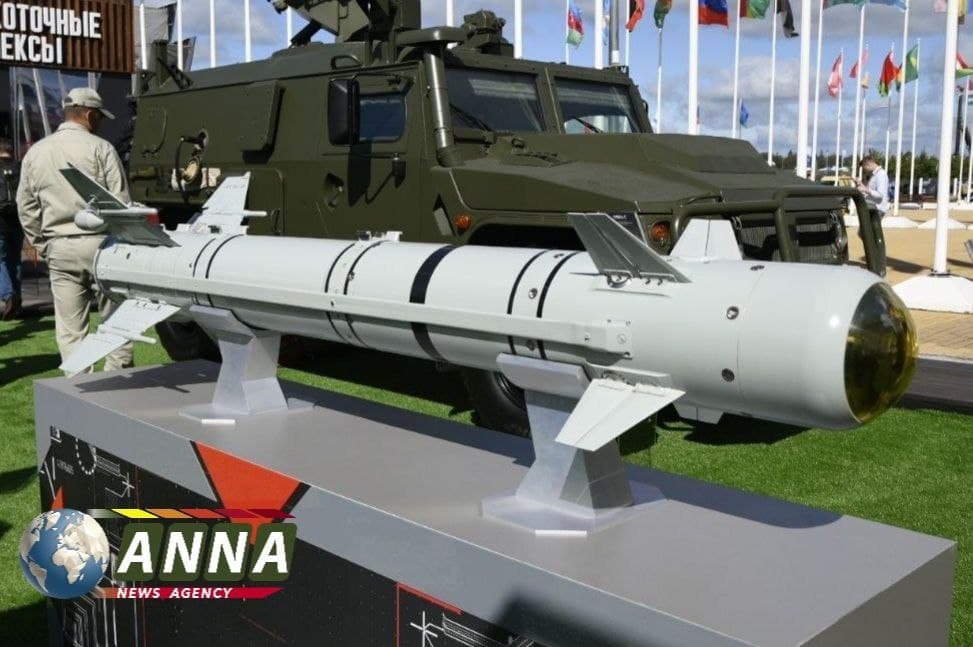 On June 25, Russian sources shared a video showing a strike by a Ka-52 attack helicopter on a position where Ukrainian troops were holding out.

The attack helicopter targeted the position with the LMUR [Lightweight Multifunction Missile], also known as the Izdeliye 305. The missile scored a direct hit on the position, impacting the front door with high precision.

The LMUR, which was unveiled last year, was developed by the Kolomna Design Bureau of Mechanical Engineering (KBM), a subsidiary of the Rostec State Corporation. The missile is equipped with an inertial navigation system, an optical thermal imaging homing seeker and a two-way secured data link.

While officially the missile has a range of 25 kilometers, some sources listed the range of the missile as long as 100 kilometers. Despite its fairly long range, the missile weights 105 kg only. It carries a high-explosive fragmentation warhead weighing 25 kg.

The LMUR was developed for the Mi-28NM attack helicopter. However, it was integrated into the upgraded Ka-52M recently.

Russian attack helicopters have been reportedly using the advanced missile to target the positions and equipment of Kiev forces since the beginning of the special military operation in Ukraine.

The LMUR provides Russian attack helicopters with the ability to strike moving and static military targets from a stand-off range with high precision. The missile has definitely proven itself in combat.

This war could have easily been avoided. Russia wanted to solve this in a diplomatic way from the start. But it’s the same US and UK misled Ukraine .Their plan was to weaken Russia and destroy it. Now things are not going according to their plan they want to talk 😂😂

Last edited 3 months ago by Work AT Home
-5
Reply

#Ukrainian forces continue to surrender in the Lysychansk area, and some, including who appears to Max (Maksym) Butkevych, co-coordinator of the NGO No Borders Project, are filmed stating that they were abandoned by higher command. Most of the demoralized AFU are now surrendering and blame Zelensky for continuing the unnecessary bloodshed for his NATO masters.

Russia is slowly grinding down the Ukrainian army. They are doing this by attacking in many different directions to keep them off balance. The longer this conflict drags on the weaker Ukraine becomes.

Zelensky is just a useless puppet for the globalist parasites. Even the Ukrainian people are realising that now.

jo biden is not happy….he is running out of people to die for him

After the glaring success of BRICS summit more independent nations have approached chair Russia for membership. BRICS looks to expand. Saudi Arabia and Argentina were interested in joining BRICS. Uruguay, Iran, Egypt, Thailand, and a number of post-Soviet States have been invited by Russia and China to join. The Anglos are looking like totally isolated has beens. JAI RUS!

If Saudi joins surely Russia and China will make them friends with Iran. If that happens, the new Arab NATO made to fight Iran will fail before it starts

According to Indian FM, there is resistance to Saudis joining, but Russia wants to bring them in to cut western influence in Kingdom.US and the Anglos are in panic mode as their whole anti-Russia agenda is falling apart. Interestingly most of Latin American big economies like Argentina, Mexico and Venezuela want to join. Iran is crucial for both Russia and India as a logistic hub as it control the Hormuz oil jugular as well as 2,200 kms of coastline with natural harbors like Chah Bahar. The west is looking very shaky as it has made a mess of everything.

The AFU need to surrender just beig massacred at this stage. Surrender and take back your country from nato

That would make sense mate, but the pommy bastards keep pouring in weapons to feed the bluey. The Jew clod Zelensky needs to put on ice.

This new missile does not need the crew to “see ” the target high precision inertial onboard navigation with Glonass corrections ,on iyts last leg near the target-optical homing is activated -will be fitted to Russian “Special Services” vehicles /attack jets and tested in Syria.

like the gradual process of dementia that prevents morons like jens, Sawyer and puppet from distinguishing a feces taco from a sausage, denazification requires methodical focus and long tern commitment….only moreons believes this can be achieved in a few months bye bye amerika—you will not be missed

Knock knock. “Who’s there?” “A long overdue package from the Russian Federation”… ;)

Indian DM said that Russia has ramped up production of cruise and long range missiles and is now firing hundreds every day, four Ukrainian airports were hit just today and almost all the Antanov transport taken out and the runways looked like totally cratered. Ukrainian Zio-Nazi regime is bending everywhere. JAI RUS!

Today I noticed Elensky removed their barefaced ambassador to Tehran. The guy not only failed to attract even a grain of help from Iran, he made us to polish our vocabulary of all kinds of cuss and curses by pissing the whole country off! Zzzz :)

Zelenskyi fired ambassadors to Georgia, Slovakia, Portugal, Iran and Lebanon for dereliction of duty. Also intends to fire Chief of Intelligence Ivan Bakanov, a childhood “friend” and was blamed for recent military and political setbacks and has requested Britain to revamp the controversial Security Service of Ukraine. Ukrainian Armed Forces are on the verge of collapse with many units refusing to fight or preferring to surrender to the advancing Russians.