Former US Secretary of State Henry Kissinger, regarded by many as “the patriarch of American diplomacy,” has publicly appealed to Washington and Moscow to reach a new “strategic concept of US-Russian relations in the framework of which it would be possible to resolve contentious issues.” 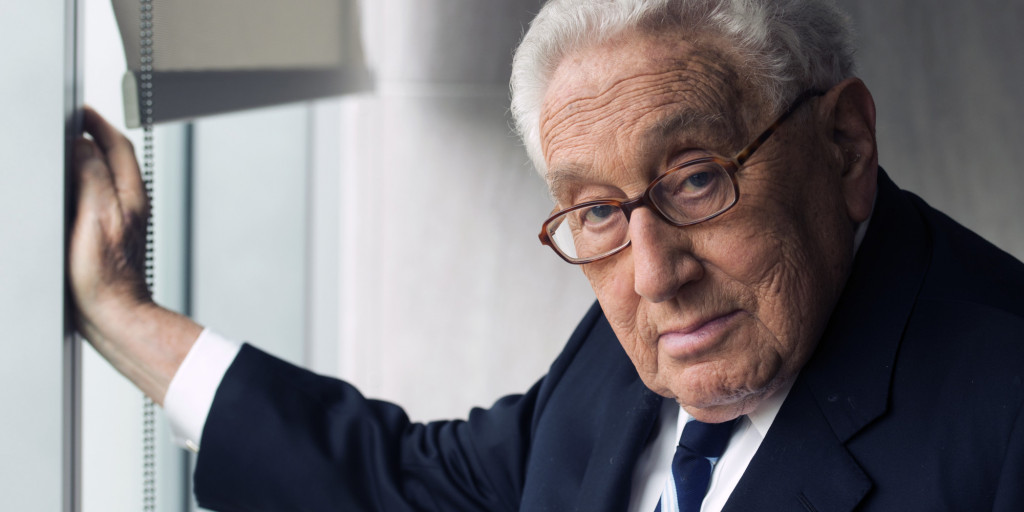 With this initiative-appeal Kissinger stepped in an article published in The National Interest Magazine.

In this context he warned that the current state of relations between the two countries is “probably the worst since the era of the Cold War”. He pointed out that there is a lack of “disappeared trust” on both sides and that the “confrontation replaced cooperation”.

Kissinger emphasized that “many commentators on both sides assume that the United States and Russia reportedly entered into a new Cold War”.

Kissinger himself sees the main danger of the current situation, not so much with the return of military confrontation strengthened by the two sides’, but in the prophecy that will ostensibly by itself realize the unstoppable deterioration of relations “.

According to his estimates, the long-term interests of the United States and Russia require an organized world which will “transform present quakes and fluctuations into a new balance which will be all multipolar and globalized.”

Kissinger further warns that in today’s world of danger it is more likely to get the result of not concentration but the disintegration of state power that leads to “a growing number of territories that are not under control.”

“From these territories is – underlined Kissinger – expanding the vacuum of authority with which no country can handle with, no matter how powerful. This requires cooperation between the US, Russia and other major powers. ”

The former head of the US State of Department admitted that he has more questions than answers about the desirable new world order. But he anyway advised Washington to realize that in a multipolar world that arises Russia should be “a key element of any new global equilibrium.” That is to say: that the Russia should not be viewed as a threat to the United States.

Kissinger also repeated his favorite thesis that Ukraine should be a bridge between Russia and the West, not the bridgehead of any side.

He is a business partner of Satan. He is a Zionist-supremacist, of Ashkenazi-Jewish decent. Read the quotes that this man has said over the years. I like Russia. And I want America to be good again like America was before 1914. I want Russia and America to get along myself. But never never never trust Henry Kissinger. He is evil, and is an agent of Tel Aviv.. http://realzionistnews.com/

“America” has NEVER been “good”. Ever. “America” as you call it has always been a phony, lying, imperialistic opportunistic country that has fed itself by robbing and pillaging other weaker nations. Truth. America is a continent, NOT a country. You’re talkin’ ’bout the “good old'” racist USA where ethnic cleansing killed by some rough estimates 25 million Native Americans, Mexicans and so on while using the free labor of countless million slaves of African, European and Asian descend while stealing the natural and resources of North America, Mexico, Puerto Rico, Cuba, Hawaii and so on. Fact. I could write a LOT more, giving you a free obvious history lesson but Im bored with phonies like you. Time to get on with the facts, bud. “America” as you cal it has NEVER been “good”. It;s the MOST evil country in the world because it claims to be good and that fact alone makes it twice as evil. Hitler, Stalin have NOTHING on “America”.