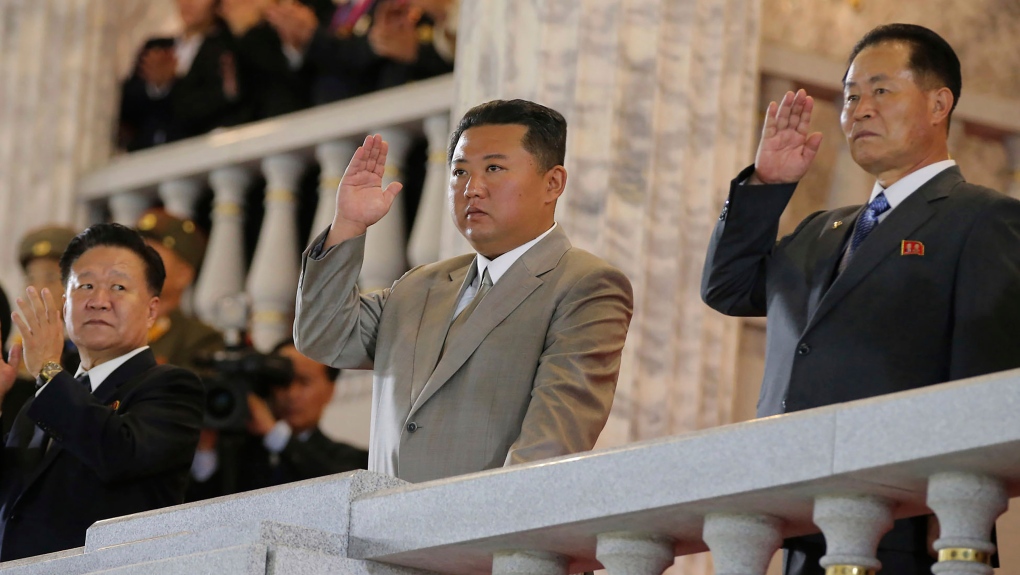 During his speech at a session of the country’s top legislature, the Supreme People’s Assembly, Kim also continued to criticize the United States for maintaining its “hostile policy” toward North Korea, according to the official Korean Central News Agency.

Kim’s remarks were reported alongside several personnel decisions at the ongoing legislative session, most notably the by-election of Kim Yo Jong, the influential younger sister of Kim, as a new member of the State Affairs Commission, the country’s highest governing body.

The communication lines were reactivated in July after a 13-month shutdown, but Pyongyang stopped engaging in regular contact with Seoul through the lines when the United States and South Korea carried out joint military drills in August over its objections.

U.S.-North Korea talks over denuclearization and sanctions relief have been at a standstill for around two years, but the U.S. government under President Joe Biden denies having hostile intent toward Pyongyang and says it is ready to meet with the North Korean side.

“We have neither aim nor reason to provoke south Korea and no idea to harm it and it is necessary for south Korea to promptly get rid of the delusion, crisis awareness and awareness of getting harmed that it should deter the north’s provocation,” Kim was quoted by KCNA as saying.

He also said “the entire Korean nation” would like to “see the earlier recovery of the north-south relations from the present deadlock and durable peace settling” on the Korean Peninsula, the news agency reported.

In regard to Washington, Kim said, “The U.S. remains utterly unchanged in posing military threats and pursuing hostile policy toward” North Korea.

Following the latest U.S.-South Korea military drills, which the North slammed as a “rehearsal for war,” Pyongyang has responded with increased military activities, such as by test-firing ballistic and hypersonic missiles.

In response to Kim’s remarks on reconnecting the communication lines, a South Korean Unification Ministry official said the policy is viewed as the North Korean leader’s “official position” and therefore “we highly expect to see the restoration and stable operation of the inter-Korean communication lines.”

North Korea is in the midst of a serious food crisis against a backdrop of natural disasters, as well as sluggish trade activities with China, its closest and most influential ally in economic terms, in the aftermath of the coronavirus pandemic.