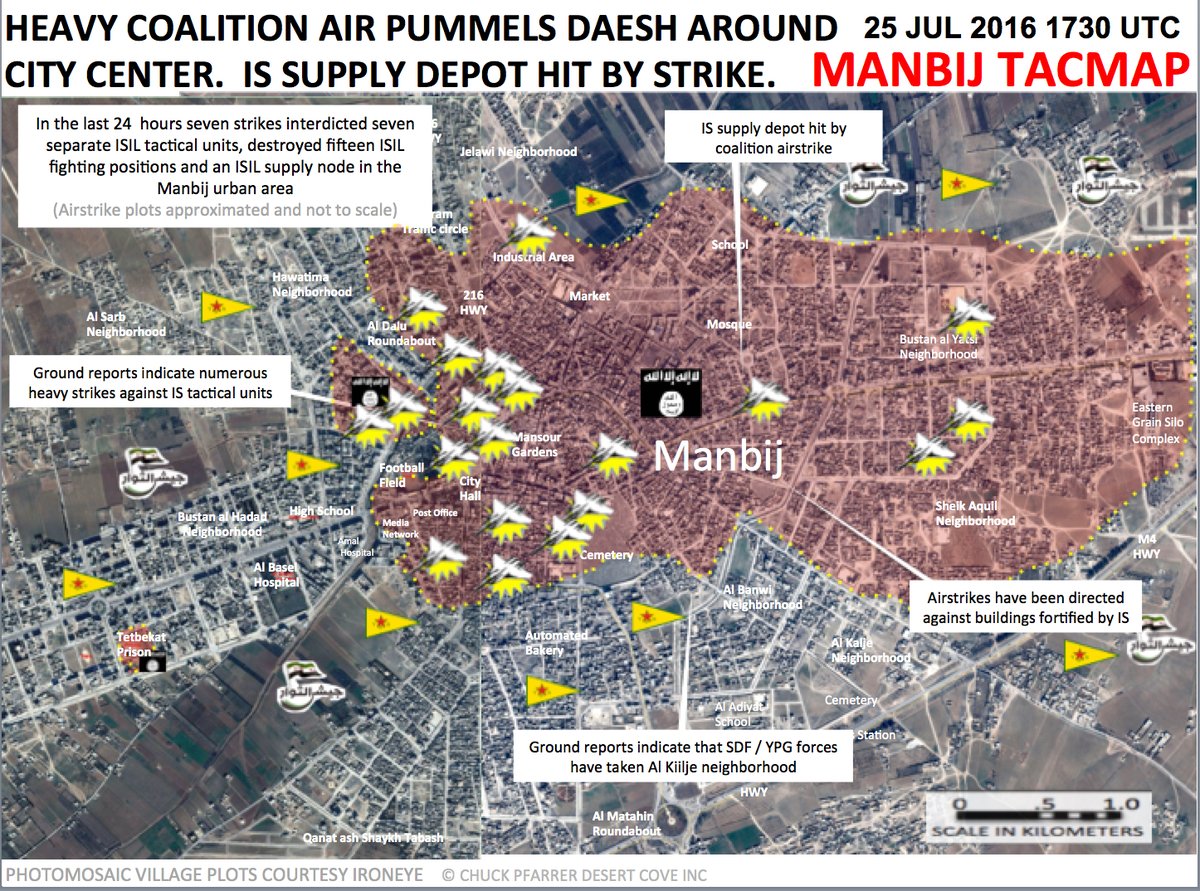 The US-backed Syrian Democratic Forces (SDF), supported by the coalition air power, have seized Al Kiilje Nieghborhood of Manbij from the ISIS terrorist group while heavy clashes have been observed near Manbij’s Football Field west of the city hall.

According to the SDF Press Center, some 24 ISIS fighters have been killed in clashes with SDF units in Manbij since yesterday.

Photos by the SDF Press Center: 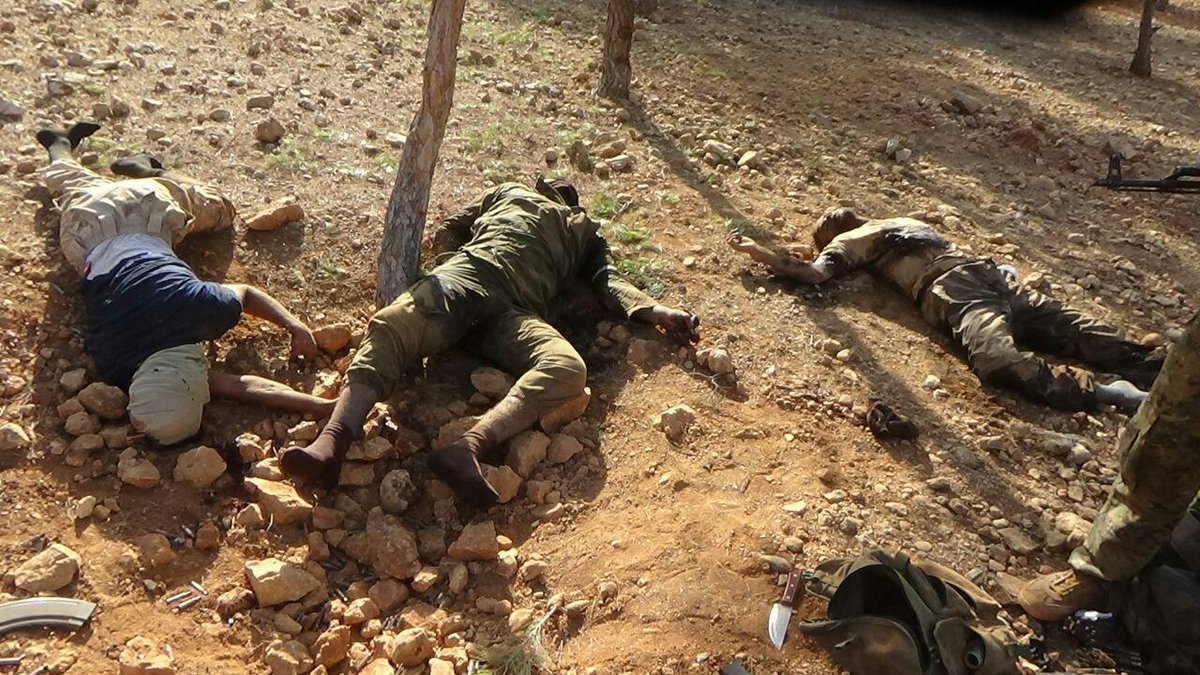 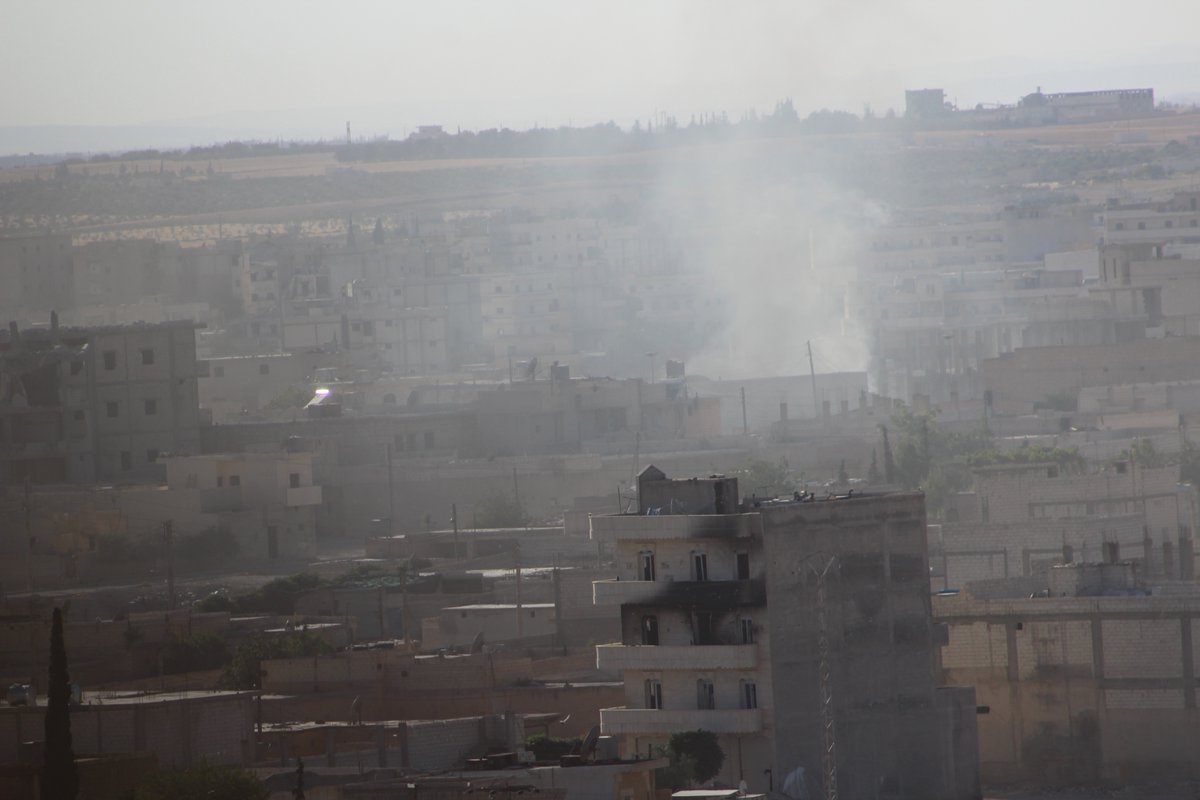 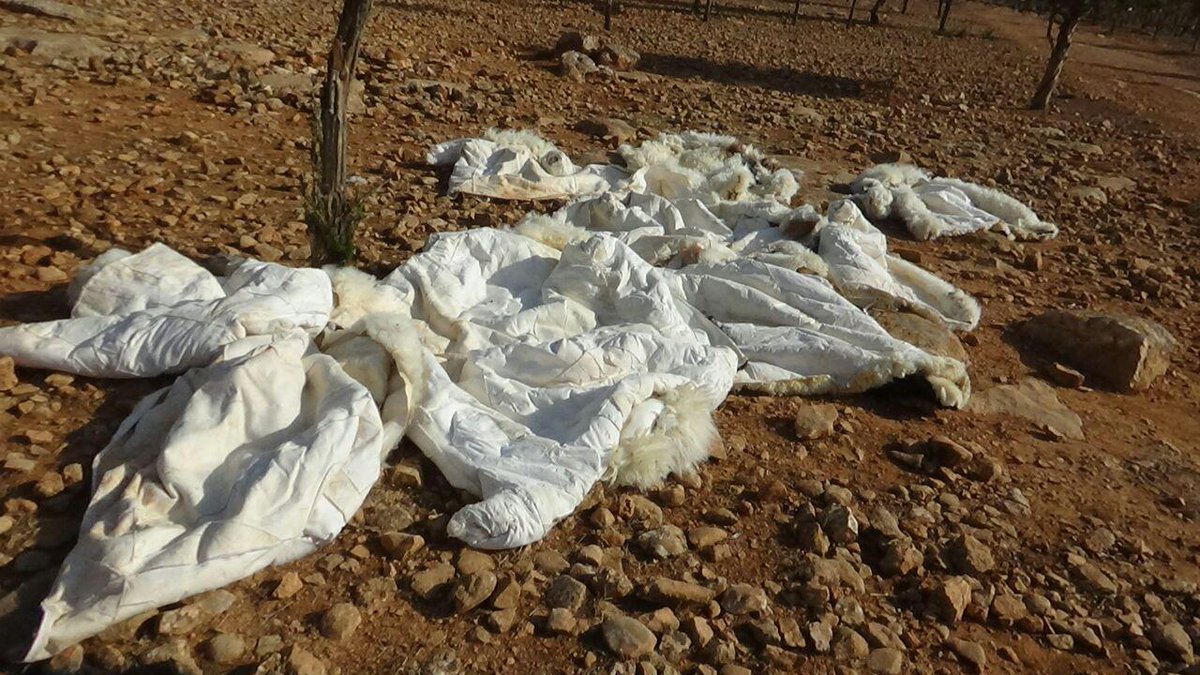 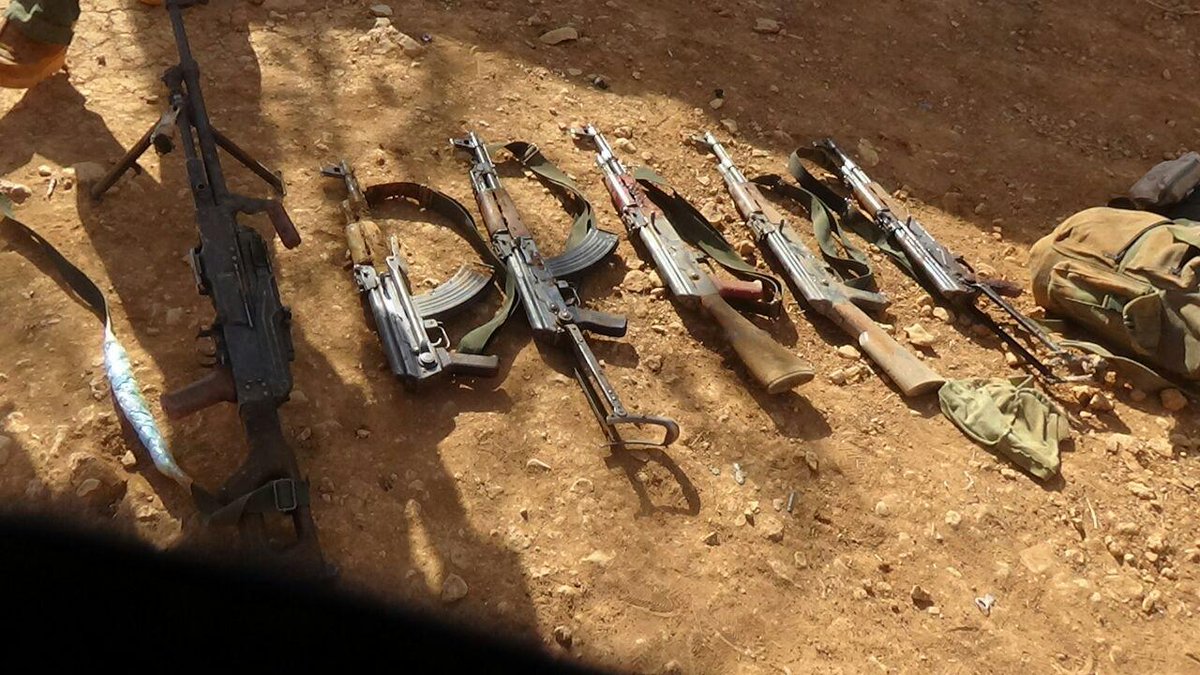