The Ukrainian Foreign Ministry has criticized Moscow’s decision to streamline the procedure of granting Russian citizenship to Ukrainians.

The new Russian law provides for granting Russian citizenship to Ukrainians on the grounds of a notarized document containing the renunciation of Ukrainian citizenship.

“According to the current Ukrainian legislation, the only document verifying the fact of the termination of Ukrainian citizenship by means of both the renunciation and the loss of it is the Ukrainian president’s relevant decree,” the Ukrainian Foreign Ministry said adding that it sees the decision as “the continuation of legal discrimination and abuse of the rights of Ukrainian citizens living or working in Russia because of various circumstances.”

Furthermore, the Ukrainian Foreign Ministry called on Ukrainians to ignore the opportunity to get Russian citizenship and warned against visiting Russia.

“In this regard, we urge Ukrainian citizens not to succumb to such provocations and once again warn against visiting Russia,” it said.

In other words, the Kiev government is scared by a large flow of Ukrainian nationals that now will seek to obtain Russian citizenship.

The matter of nationality or citizenship (further in text these terms are used interchangeably) as a legal instrument regulating the relationship between the individual person and the state have always been the province of national law.

However, in recent decades, the question of nationality de facto became supra-national  due to the the ongoing processes of globalization, democratization and the Western powers’ declarative support of human rights and fundamental freedoms.

The post-1991 geopolitical changes raised multiple issues and conflicts in the field of private international law, particularly relating to nationality. The US assumed the role of the world’s policeman and started ignoring the nationality and actual residence of people opposing to the US regime. The US implements the same approach when issuing green cards and granting US citizenship. The US ignores the previous relations including mutual obligations between the individual and the country of current nationality. In the first instance, the Americans are citing their burden of promoting justice around the world, as they understand it. In the second, they invoke human rights and fundamental freedoms, and certain agreed norms of international law.

There are a number of key documents in international law which touch upon the questions of nationality. They are, first of all, the Universal Declaration of Human Rights and the European Convention on Nationality from 1997. These documents lay out the fundamental principles prescribing and protecting the rights and freedoms of man and citizen while interacting with the state on questions relating to nationality.

The European Convention on Nationality, signed in Strasbourg on November 6, 1997, among others by Ukraine, states:

Article 8 – Loss of nationality at the initiative of the individual

(1) Each State Party shall permit the renunciation of its nationality provided the persons concerned do not thereby become stateless.

(2) However, a State Party may provide in its internal law that renunciation may be effected only by nationals who are habitually resident abroad.

In other words, the state cannot prevent an individual from voluntarily assuming a different citizenship if the individual had ceased living on the territory of a state or is no longer living there.

The other key international document, The Universal Declaration of Human Rights, states:

(1) Everyone has the right to freedom of movement and residence within the borders of each state.

(2) Everyone has the right to leave any country, including his own, and to return to his country.

(1) Everyone has the right to seek and to enjoy in other countries asylum from persecution.

(2) This right may not be invoked in the case of prosecutions genuinely arising from non-political crimes or from acts contrary to the purposes and principles of the United Nations.

(1) Everyone has the right to a nationality.

Thus any regime which calls itself democratic has no right to limit the individual right to renounce citizenship by making the appropriate declaration. This right may only be limited if the individual continues to live on the territory of the state in question.

However, Ukraine’s regime has long demonstrated that it is in no way democratic. The low level of proficiency of Ukrainian officials and politicians, corruption, absence of own position on key national questions have long became the object of satire among their European colleagues.

Withdrawal from citizenship assumes the individual desire to abandon one’s citizenship and the state’s agreement to accept it.

However, as the documents cited above plainly show, the individual also has the right of “renunciation of citizenship.”

This is precisely the reason Russian Federation Foreign Ministry noted the necessity of providing a notarized “renunciation of citizenship,” which is simply a written individual declaration which requires no reaction from the original country of citizenship.

Another fail state sponsor by USA. I have just learned some days ago that the company Antonov has been liquidated by the Ukraine government (also knows as the foreign government of Ukraine).

Great work from USA to dismantle other work to make them weaker and weaker and have the monopoly.

USA said that they wanted “democracy” in Ukraine and Ukrainians believe them. XD.

Antonov was the ONE company that Ukraine could take pride in! They made amazing transport aircraft, better than the USA if you ask me! Seems there are only 2 SUPER transport aircraft carriers in the world! Now there will be only one until Russia starts producing its Il-106
Biggest – Ukraine – Antonov An-225 Mriya
2nd Biggest – Ukraine – Antonov An-124 Condor
3rd Biggest – USA – C-5 Galaxy

Ukrainian law can state what it wants in their severely Banderised state, eg that the Earth is flat. But that does not make it real or “International law”, aka US/EU/NATO diktat, or Russian law. These Banderised Ukrainians must now accept that Russia and the sane Ukrainians who leave for the safety of Russia are both making failed-state Ukraine totally irrelevant. So very different from the days of Ukrainian SSR, when it was an equal republic.
It is up to the millions of sane Ukrainians to determine their future loyalty and citizenship and for Russia to decide how to accept them as Russians.
NOTHING TO DO WITH FAILED-STATE BANDERISED UKRAINE.

Except for looting a few hand-picked chosen sectors , the US does not seem to have a concept of ”nation-building” in the countries they subvert / attack , and/or destroy their economy ,say Iraq. The US expected the EU to jump in and start subsidizing the corrupt Banderites they put in power in Ukraine , to avert a humanitarian catastrophe. The enormity of the task would have weakened the EU at the same time. It is so nice & easy to destroy a country , Afghanistan for example , and then call a conference of international donors to collect 15 billion $ to rebuild it. With most of the money going to few selected ”security”-related garbage. It is high time for the world community to digest the tenor of the US ”engagements” for peace and democracy . As for Ukraine , this government represents less than 4% of the population , and next year there is an election pending. Let’s see if these Banderite lackeys of the Western banksters’ cabal in Kiev are going to allow free & fair elections. In the meantime the Ukrainians going to Russia vote with their feet.

It’s the exact plan that US has for the countries the “liberate” : to make them puppet countries and to dismatle everything to give markets to US companies.

Ukraine is doomed. Even Tymochenko said it.

The duty of a people is to protect their nation. USA is not coming to help you. USA only uses your weaknesses and problems to control you. To control your mind and your ressources.

The Kiev regime does not do free and fair elections. They came to power after mob rule. The Ukrainian agony will continue for many years. The only hope is if millions of Banderised Ukrainians flee to Poland and then to Germany. This has started. Meanwhile, those leaving for Russia have made the better choice, where they can be doctors, scientists, business and political leaders, as opposed to cleaners and cooks in the EU.
Good luck to all of them.

By “nation building” the US means “building the US-ONLY nation” – they fail there too.

Let’s suppose for a moment that all inhabitants of Donbass were to renounce their Ukrainian citizenship and acquire a Russian passport. What would the Ukraine then do? Give order of expulsion to all inhabitants of eastern Ukraine? Or have to accept that those inhabitants had performed an act of self-determination, and the territory in which they lived no longer was part of the Ukraine? Interesting…

Don’t think that USA helps you for nothing. Nobody works for free.

Christian jews (Russian Orthodox) gave Nazi ideology free reign in the peripheral States that made up the Soviet Union, now they try to laugh it off, haha now we have China instead, but the Russian Federation is subordinate to China, Allah is the One Who is laughing, He just did so then, if the Ukrainian is a spent force why does Serbia want to join them?. free money of course, not for everyone only for them that count in jew eyes, the Orthodox traitors will add to that and the war will go on forever with the traitor as the woman of the house.

The problem with quasi-science is that it must eventually leave one incorrect conclusion without an opportunity to accumulate, only one small detail out of place and the buoyancy of the science is lost, it doesn’t matter much most of the time because specialisation crosshatched utopian or absolute conclusions concerning cause and purpose, but fundamentalism didn’t go away disciplined conclusions are just as necessary to validate cause and purpose as ever before, the Communist life style of simple appreciations were underpinned by utopianism, which as it turns out was the polar opposite to Christianity, by 1950 we had both in place, I came and was recognised as Jesus Christ but my capacity was usurped by Christians who worship jews, only one small detail was out of place, which was Christians not recognising reality, the Russian Orthodox are the worst of a bad bunch because they betrayed their heritage, however the Qur’an in the Sura “The Prophets” clearly shows that good cannot win outright, really temptation must always seem alluring, that’s why, good Christians were defeated by bad ones, simple wasn’t good enough, now there are no good Christmas any more, it could be because (P) Issac blessed Esau the greedy son, so it’s not the first time one small detail out of place hindered accumulation, (P) Isaac was very old it wasn’t his fault he embraced the quasi-science.

This video reminds me of RODNEY LODER!

What if Ukraine retaliated by making it equally easy for Russians to become Ukrainian citizens, would their be a massive influx of Russians into Ukraine? :-)

The US has always been the good guy in the Ukraine matter. 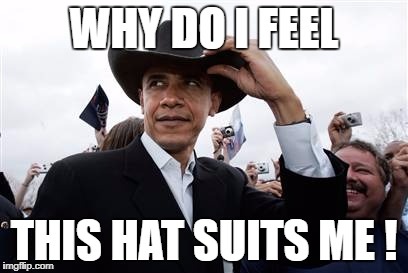 Poor Ukraine. Trying so desperately to be relevant and failing every time.