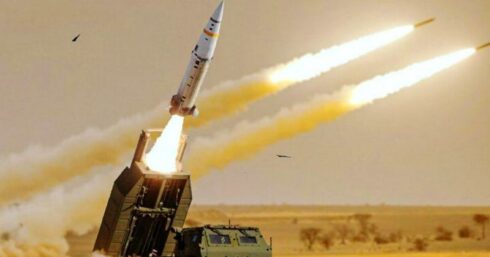 Volodymyr Zelensky wants to provide “a full list of possible targets while allowing the White House to veto any of the potential sites.”

The Kiev regime’s pleas to get long-range munitions from the United States seem to have been answered. Although neither side has yet confirmed which type of munitions have been delivered, sources from the Pentagon are suggesting the Neo-Nazi junta is already in possession of weapons that can target Crimea. Deputy Assistant Secretary of Defense for Russian, Ukrainian, and Eurasian affairs Laura Cooper confirmed this during a press briefing. However, it seems the Kiev regime forces still haven’t received the ATACMS (Army Tactical Missile Systems), but an updated version of the GMLRS guided rockets [Guided Multiple Launch Rocket System]. Intelligence sources suggest these are not the standard M30 and M31 munitions, but that the US has secretly transferred the new ER-GMLRS rockets. The exact number of these rockets is very difficult to determine, considering that production began only in the spring of this year.

The ATACMS missile which the Kiev regime has been asking for months can hit targets up to 300 kilometers away, while the regular GMLRS rockets (the aforementioned M30 and M31) used by the Kiev regime forces have a maximum effective range of approximately 80 kilometers. On the other hand, ER-GMLRS rockets have an extended range of up to 150 km. The first successful test flight of an ER-GMLRS occurred in March 2021. At the time, Lockheed Martin anticipated it would be able to start production in 2023, but it seems the plans have been accelerated earlier this year. In recent months, there have been several reports that the Kiev regime forces are using some kind of long-range munitions for the US-supplied M142 HIMARS MLRS, the range of which exceeds the capabilities of M30 and M31 rockets. Cooper’s statement is the first confirmation by a US official that such munitions are being used.

The Russian government has warned that such actions will not be tolerated and will be seen as a direct hostile act by anyone supplying such weapons. However, the Kiev regime decided to go a step further. According to multiple sources who have been interviewed by CNN, the Neo-Nazi junta wants to give the US control over which Russian assets would be targeted. The proposal was made in an attempt to receive longer-range missiles, most likely the ATACMS. And while the mainstream propaganda machine claims this is being done to supposedly “avoid escalation”, it would accomplish the exact opposite and cause swift retribution from Moscow. To make matters worse, the Kiev regime frontman Volodymyr Zelensky wants to provide “a full list of possible targets while allowing the White House to veto any of the potential sites.” US media are claiming Zelensky is “hoping the increased transparency will pave the path to Biden authorizing more weapons transfers.”

The troubled Biden administration is claiming it wants the Kiev regime to “refrain from targeting Russian territory”. However, the US and Russia currently have very different views on what “proper” Russian territory is. After the political West staged the 2014 Neo-Nazi coup, the people of Crimea held a referendum and voted to join Russia. Last week, four additional regions (DNR, LNR, Zaporozhye and Kherson oblasts) followed suit. Although the US, UK, EU and the Kiev regime refused to accept the will of the people in these areas, Moscow isn’t interested in the opinions of the political West and will continue with the integration process. The Russian government already confirmed that it views the four regions as its own and that it will respond to any attack on the country’s territory, regardless of who might be the perpetrator.

The US claims it has provided at least 16 High Mobility Artillery Rocket Systems (HIMARS) to the Kiev regime forces and is planning to send approximately a dozen more. The Neo-Nazi junta has already used these MLRS to target residential areas in Donbass and elsewhere in Zaporozhye and Kherson regions, causing dozens, if not hundreds, of civilian casualties.

Moscow gave multiple warnings that this will not be tolerated anymore, while Russian Foreign Minister Sergei Lavrov repeatedly stated that if the political West provides the Kiev regime with longer-range weapons, the Russian military will be forced to “expand the scope” of its special military operation. In July, Lavrov authored a piece in which he claimed that NATO was essentially already a party to the conflict and that it was coordinating attacks on Russian units. “NATO instructors and Multiple Launch Rocket Systems aimers are, apparently, already directing the actions of the Ukrainian Armed Forces and nationalist battalions on the ground,” Lavrov said.

In addition to regular CIA presence on the ground in Ukraine, special forces from Lithuania, Canada, the UK, France and several other NATO member states are also present. Many former US special operators, now embedded within various mercenary and “volunteer” groups are also present on the ground near the contact line, training the Kiev regime forces and working on tactical battle plans. It is impossible to imagine their presence is accidental and/or unknown in the US.

What’s more, the Biden administration has repeatedly stated it wants to see Russia “defeated”. US Secretary of State Antony Blinken declared that the goal was to “see Russia suffer a strategic defeat in Ukraine”, while the Secretary of Defense Lloyd Austin gave a similar statement about “the necessity of seeing a weakened Russia.” Other Western officials, such as the new UK Prime Minister Liz Truss have also said that “diplomacy should not be considered until Moscow is defeated.”

I wonder what Russian response will be if those missiles hit Russian land. Maybe they’ll directly target a NATO base, or give one of its spy cells the green light to attack.

Russia won’t attack any NATO nation. It’s too weak to do that. The Russians are bugged down deep inside of Ukraine. Putin is thinking how to get the f.ck out of Ukraine right now and end the war.

when uncle diaper’s idiocy will transform into an endless of coffins full of murican sewage coming home, the murican lazy fat asses will dethrone him

The first thing to do would be to mercilessly target all intelligence aircraft operated by nato countries in the region.

Shoot a few awacs down and of course hammer with high yield explosives any allocation of western military assets in Ukraine.

If the U.S has a tantrum, explain to them to stop interference, if they escalate, well it’s their funeral.

But I think it should be confined mostly to Ukraine, of course with the exception of intelligence aircraft flying at the periphery of the Ukraine border, a few good shots on CNN of the pilots and technical crew’s family grieving is likely to produce anger not toward Russia but the Biden administration because as most americans know who have to work for a living and are being taxed to death by this stupid venture – that this is not an american war.

this is a great idea.

As if this wasn’t being done from the start. Why the coverup?

The only thing its made a difference to is my gas bill you tit.

I remember you sucked my dick and then you licked my balls.

But don’t forget my ass, clean it with your tongue… heheheh

over 120k ukrainian men are dead, mainstream media refuses to acknowledge that.

And the military assets aren’t the things making the difference, there are multiple countries now filtering command and control personnel and foreign fighters, that’s what is going on.

Russia has been fighting with one hand tied behind its back, 1kiloton IRBMs on a cauldron or an agglomeration of a company or two should set things right.

Vicky Nuland and the Gang
Reply to  Captain Hohol

Ze will get them and Ukies will smash Rooskie troops.

“wants to see Russia suffer a strategic defeat” [goes to the same mud fields and frozen steppe where every army that ever tried to attack Russia got destroyed, the one place where Russia never loses]

It’s a dangerous game to escalate a proxy war essentially into a strategic missile launching match. Nobody has suggested that Russia should equip and assist Assad to launch strategic missiles at US targets across the Middle East, yet the US is being a hothead and doing the equivalent thing. Every escalatory move has been from the US, it has no creativity anymore to compete with other countries peacefully and is just bent on destruction.

The three days of darkness will most likely occur next year in the first few months of the year. There will be an earthquake over all of the world. Wednesday Thursday. The sky will be very strange. Go home fill your bottles with water, blackout every window, have your beeswax candle ready to light and stay home, do not look out and do NOT open the door to anyone. On the Sunday morning it will be bright and clear and then venture out. Block the vents of the home. The electricity will not work. The demons shall be loosed from hell. They will imitate those you most love and when the door will open it will be disaster. Holy Water, holy salt and LOTS of blankets. Also stock up on non perishables and seeds to plant out as there will be no food. Corpses will be everywhere. Possibly block the drain pipes, maybe use a bucket in a seperate room. Make up vaccum flasks of warm tea. It will be COLD. Do not look out. Animals will need shelter and water.

I do too, then Russia can hit germany’s american hospital base legally in ramstein, all LNG ships are fodder for the subs, we can hit US infastructure like refineries etc. not to mention wiping the civilization from kiyv territory without worry. yes, I like this idea.

He’s smart. He knows Ukraine can kill more civilians if yanks do the targeting.