The military situation in Eastern Ukraine remains strained. According to the observers of the LPR representative office in the JCCC, the Ukrainian Armed Forces are violating the ceasefire on a regular basis. The fire was opened 6 times over the past 24 hours, including on civilian settlements.

Regular provocations are conducted along the entire front line. Kiev’s forces are particularly active in the South near the city of Mariupol that is strategically important as a maritime port. Regular attacks are also carried out near Gorlovka village, North of Donetsk. One member of the DPR People’s militia was reportedly killed in this area.

According to the DPR Interior Ministry, one police officer was shot dead in sniper fire near the town of Yasinovatay, in northern Donetsk suburb. On the other hand, a military aircraft has reportedly transported a number of Ukrainian soldiers to the hospital in Kiev.

After the massive mortar shelling of a village in the south of the Donetsk Republic on March 3, tensions in the region have eased over the past few days. Apparently, this is due to the fact that the Kiev forces take their time to strengthen their positions on the front line.

After the Biden administration came to power, Kiev does not lose its time and activated its military forces on the front line, what leads to regular clashes. However, it seems that there is worse to come, as the UAF are significantly strengthening their positions. The apparent Kiev’s military preparations  are taking place on the eve of the Defender Europe 2021 military drills that are going to be the largest NATO exercise since the end of the Cold war. One of the main areas of that drills will be the Black Sea.

Another region where the Zionists send Nazi-gays to die just for fun, no one will come to their rescue when they are beaten as they deserve, the only ones who don’t understand it are the idiots, as long as some of them remain fighting and do not give themselves all on the run. 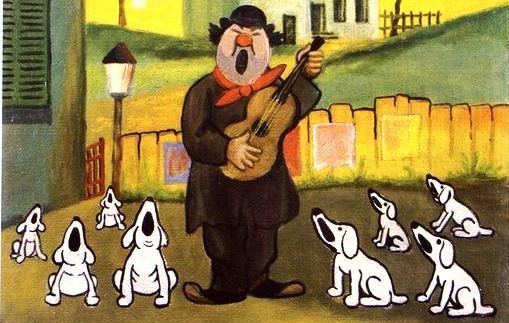 Here we have Johnny Ratten himself with supporting friends. We can see on his nose, why Assads has no vodka for their tanks. 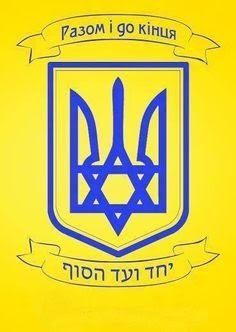 That’s because Zionists are Nazis and vice versa.
Hitler the Jew (1⁄4) Is a good example of this.

Hitler was never a Jew and today’s zio pigs are not Nazis in the way Germans were. Nazis were against the joos, hello!!??It is just playing with words. The zios made the word NAZI the worst description one can get. Are you their troll?

https://www.airforcemag.com/eucom-moving-ahead-with-massive-defender-europe-exercise-despite-covid-19/ is in and by 14 countries and much smaller then the danish army navy and airforce :)

people here normally laugh if I say danish military forces, so the hypocrasy here is very visible. How can we dwarfs and midgets be any threat:)

I hope and also hope not the article is highly incorrect and propganda.

As written before they should vote that border more correct and at least let those 2 russian oblasts go back to, where they belong.

lest the real men deal with nazis,and they will,conversely need join nazis,what’s keeping?
You seem hell bent from posts,certainly defending the truth ain’t in your metabolism:
Even satan can tell many truths,don’t mean the just are not right onto them or onto yous!

(isis tramp) which sex or what?obviously half witted zombies are amingst the living dead,
Good grief,could this only be because of the eu-epp,zombie apocalypse,coming real soon?

Good time for Russia to get the population of the Donbass vaccinated just in case they are needed to evacuate to save lives and allow for the total destruction of pro-Nato Kiev forces in the region.

Vaccinated for what? The flu?

Possibly so.
But as Kiev’s Nazi health minister won’t allow a safe vaccine, this might be the best hope for them in Donbass and allow for possible evac.

Jéws Albright and Clark had NATO bomb Serbia so the IMF Jéws could make loans for rebuilding and get control of Serbian iridium assets… while Saudi non-profit n.g.o.s kept the KLA terrorists well fed and well armed… Just like ISIS in Syria… their Zionist bedfellows on Wall Street want Ukraine for GMO grain crops… Monsanto, Genentec, ADM, etc., are all buying land with the help of the Jéws at the IMF by giving the Ukrainian “Dill” idiots debt relief…

The Ukrainian parliament is full of Jéwish apparatchiks… Jéwish U.S. Rep. Adam Schiff (D), great grandson of Jacob Schiff (who funded Bolshevism, Leon Trotsky, and the October Revolution from Wall Street) is following in his grandfather’s footsteps by illegally trafficking weapons with Igor Pasternak, funding foreign conflicts abroad… and trying to get Syria for the oil pipelines by blaming Russians for another false flag… ISIS = Khazar = Kiev junta = Zionist IMF

Well this is what they got last time.
https://youtu.be/_U6gBVeFrg4?t=3

Apparently the zio dogs need to be retrained after a while.

See it as guided artillery, only not in a parabola, but directly to the target on the ground

It looks pretty lame for a tank. Do you know its name?

Aka they ordered 10,000 bodybags for themselves… 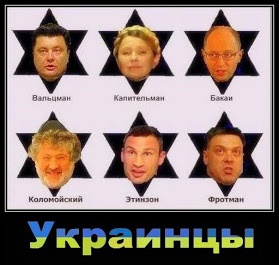 Well they will need them,the Turks and US criminals in Syria should get a taste of this,the Ukrainian army got this last time.
https://youtu.be/CAwY06GRzLE?t=3

Those who are looking for trouble, will eventually find it.

Biden is the cia agent,not legit elected leader,that I do know is fact:

I don’t think so. In Biden’s state of mind, he’s not even sure what planet he resides on anymore. The US Deep state, that’s another issue. They believe, I feel, that they can initiate a war from European soil, remain unscathed and emerge at the end like after ww2. Somehow, I believe the Russians are prepared for that scenario and will ensure there’s no emerging afterwards.

We all know that he’s insane!

I wish russian proxies to beat the shit out of their heads! … and to create a corridor between russia and crimea

On land I meant … I know of the bridge

It is coming! If the insane zio pigs would start a losing war in Ukraine, they will lose it indeed very quickly and they also will lose the Black Sea coastline. Russia would be very stupid not to annex it!

much good it will do the sovereignty of ukraine. what a larf!

Ukraine had a chance to capture the region early in the conflict, at this point, this is just a losing war with russia.

They have forgotten what it’s like to be boiled alive in “The Cauldron”.

Time for a reminder …

Look how close the Novorossiya armies were to liberating Mariupol before being halted by Putin. They’re literally at the gates even now.