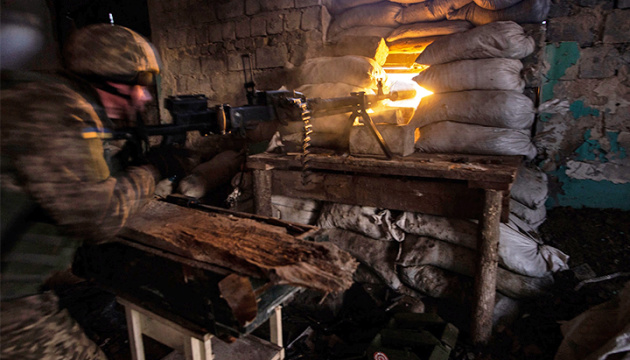 In Ukraine, the consolidation of power by Ukrainian President Volodymyr Zelensky and his “Servant of the people” party continues.

The Security Service of Ukraine – the SBU – said that it revealed the introduction of “knowingly false” data during the re-registration of the Sharia Party. The SBU applied to the Kiev city prosecutor’s office with requests for international legal assistance to conduct investigative actions in other countries in the case of party leader Anatoly Shariy (he lives in Spain).

This was announced on March 1st, by the press center of the special service.

“In the course of the pre-trial investigation, the fact of making deliberately false information during the re-registration of the Party of Shariy was revealed. This information was entered into the Unified Register of Pre-trial Investigations under Article 358 of the Criminal Code of Ukraine (” forgery of documents, seals, stamps and forms, sale or use of forged documents, seals, stamps “). These materials are also sent to the Kiev city prosecutor’s office for further legal response,” the statement said.

Anatoly Shariy himself has already reacted to the statement of the SBU.

“The nasty likeness of the president was told to shove another criminal case into the criminal case – we have already re-registered the party, forging documents. Let’s start working with European partners as soon as possible. Let’s not torment the pigs,” Shariy commented on his Telegram channel.

Earlier, on February 16, the SBU announced suspicion on two articles (high treason and violation of the equality of citizens) to the leader of the Sharia Party Anatoly Shariy. He was twice summoned to participate in interrogation as a suspect, after which he was put on the all-Ukrainian wanted list. Instead of Shariy, his lawyer Valentin Rybin came to the SBU, who explained his client’s failure to appear by the fact that he had received refugee status.

On February 25th, Ukrainian law enforcement officers put Sharia on the wanted list. Shariy himself believes that the Ukrainian authorities are persecuting him illegally, and all the cases brought against him are political persecution.

Ukrainian opposition is being actively persecuted. Alongside the Party of Shariy, the “Opposition Platform – For Life!” is also being targeted, with its TV channels being shut down and its leadership being sanctioned by the Ukrainian government.

Meanwhile, in Eastern Ukraine, Kiev is actively working towards an escalation. What’s giving them an impetus is the US support under President Joe Biden, especially when the investigations against his son and himself have all but faded into obscurity.

The U.S. Department of Defense announced a $125 million military aid package for Ukraine, including the provision of defensive lethal weapons to enable the country to more effectively defend itself against Russian aggression.

This was said in an official statement released by the Pentagon on March 1.

“The Department of Defense announces a new $125 million package for the Ukraine Security Assistance Initiative that includes training, equipment, and advisory efforts to help Ukraine’s forces preserve the country’s territorial integrity, secure its borders, and improve interoperability with NATO,” the statement reads.

This action reaffirms the U.S. commitment to providing defensive lethal weapons to enable Ukraine to more effectively defend itself against Russian aggression.

To date, the U.S. has committed a total of eight Mark IV patrol boats. The package also includes capabilities to enhance the lethality, command and control, and situational awareness of Ukraine’s forces through the provision of additional counter-artillery radars and tactical equipment; continued support for a satellite imagery and analysis capability; and equipment to support military medical treatment and combat evacuation procedures.

“The Department encourages Ukraine to continue to enact reforms that strengthen civilian control of the military, promote increased transparency and accountability in defense industry and procurement, and modernize its defense sector in other key areas in line with NATO principles and standards,” the statement reads.

And, indeed, the defense reforms continue, the imposing of true democracy by removing every opposition party is also in motion.

The escalation is incoming, with more and more clashes and ceasefire violations being reported. Ukrainian soldiers are being injured and killed, allegedly, every single day. This is reaching critical mass, to allow for a larger provocation and an escalation of the military situation. 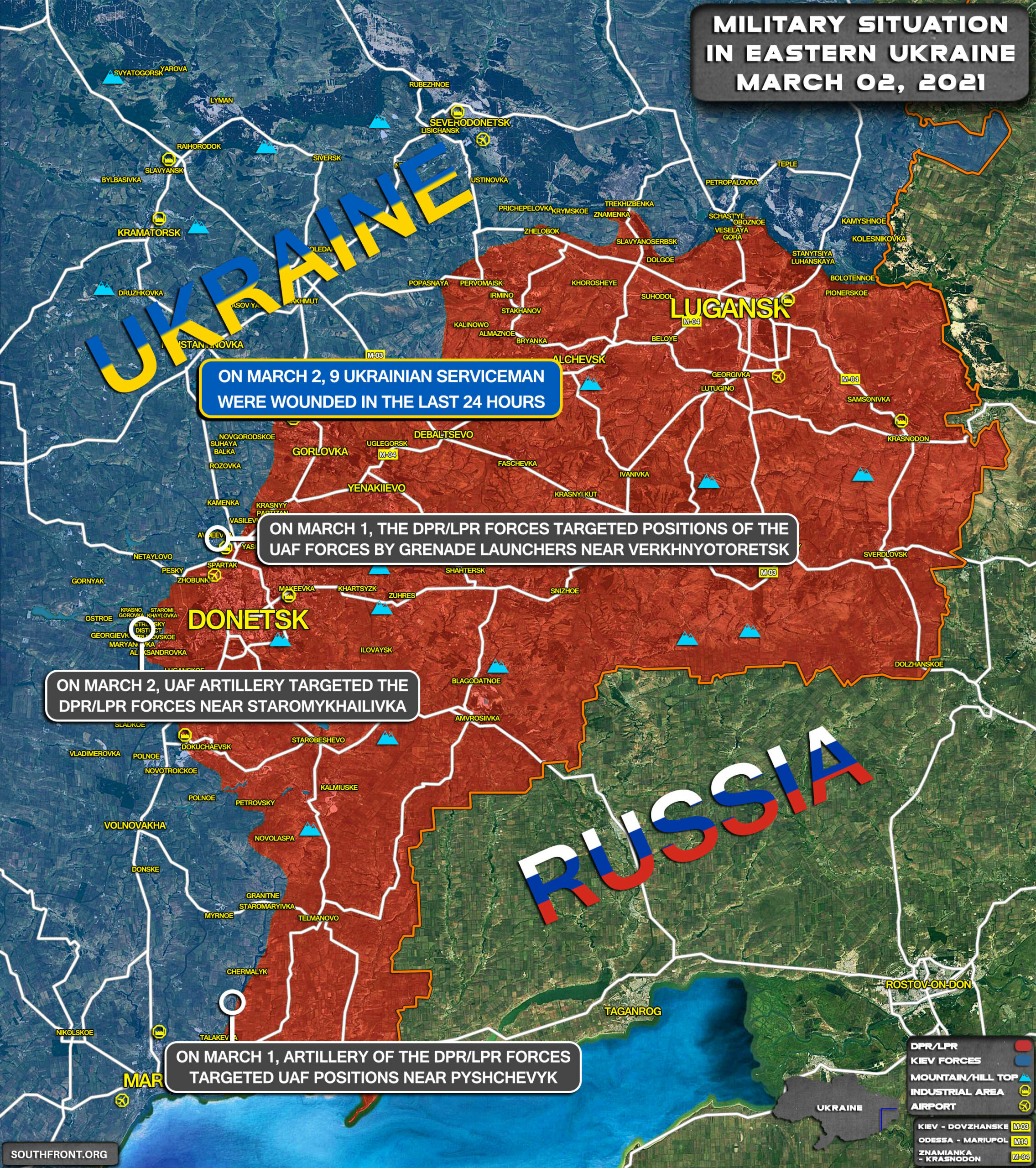 In the land of madmen they must impose themselves with violence and censorship because they have lost all credibility in the eyes of their own citizens, and it will be so even if they go to real war against Novorossiya, most Ukrainians will prefer exile to certain death in a fraternal confrontation, it will be the final showdown of the Nazi-gays against reality.

You know who is in Satan’s house….Biden and his Zion team.

Project 22350M Frigate will have Incredible Power with 64 Zircon Missiles Russia is urgently completing the complete design of the Project 22350M frigate after the preliminary design is completed in mid-2019 ….. the Russian State Shipbuilding Corporation signed a contract to develop and build the first warship under the 22350M Project. It is expected to have up to believed to 48 or 64 VLS cells for Kalibr, Oniks and Zircon anti-ship cruise missiles, depending on mission requirements…. https://military-wiki.com/wp-content/uploads/2021/02/2.jpg https://military-wiki.com/project-22350m-frigate-will-have-incredible-power-with-64-zircon-missiles/

– The Commander-in-Chief of the Armed Forces of Ukraine announced the storming of Donetsk and Lugansk, Avia-Pro, 24/02/2021

There are various reports that indicate a decision has been made to pursue a military solution to the conflict. Similar reports suggest the Russian Federation will assist the ethnically Russian populations of the Donbass region. The nature of such assistance was not stated. It is however reasonable to speculate the conflict is progressing to a more profound level of conflict. Concurrent US-NATO military exercises, deployments and movements indicate preparations for a broader conflict to potentially develop. The Russian Federation is correct to assess the proxy war format is moving towards a direct stage of conflict between another US-led coalition and the Russian Federation.

Note: These developments should be considered in the context of developments in the Middle East and East Asia.

So finally, they have decided to lose! They are itchy to receive good lesson and see Russian troops in Kiev. Like it has happened to Georgia.

Biden was always going to escalate in Ukraine. The Maidan was his baby more than anybody else’s; compared to him, Ms. Nudelman was just following orders. In contrast, Ukraine and the Ukrainians mean nothing to him, so there are few limits on what Biden can push on them, and how. In contrast, Moscow couldn’t contemplate a Kiev in ashes (and you don’t often hear me saying this, but good for them), which also would be unacceptable in Russian domestic politics. Accordingly, Russia still throws the Ukies a lifeline with energy, banking services, etc, which are also considered mutually beneficial–for now.

Given this balance of forces on them, one might also say that the bewildered Zelenskii&co are reacting rationally by following the path of least resistance, or maybe the only path they see. Whether they’ll still like where this path leads when SHTF is another story of course.

Again from Horizon Zero Dawn: “You might defect to the Sun Carja” “Might?! What choice do I have?” “None at all, I was just being polite.”

By summer, I expect Russian armor rollout to protect DNR+LNR. NATO will condemn a counter attack/defense and Moscow will stick their fingers in their ears.

They should be prepared to have countermeasures in place for those Javelin systems that Biden gave Ukraine.