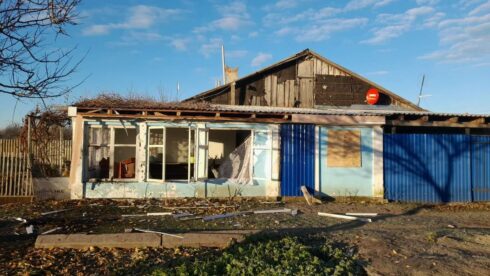 The Ukrainian war is ongoing on the front lines as well as in the regions where are no battles but the lives of civilians are threatened. The Armed Forces of Ukraine continue shelling the regions that went out of control of the Kiev regime and Russian border regions, targeting civilian facilities.

Over the past day, Ukrainian artillery shelled houses and civilian facilities in the villages of Borki, Kozinka, Shchigorevka and Leninsky in the Belgorod region. The attacks resulted in no civilian casualties but damage to several houses. On the same day, Russian air defense forces intercepted several shells over the city of Belgorod and its outskirts.

On the morning of November 15, the Leninsky village in the Shebekinsky district again came under fire.

“There are no casualties. As a result of the shelling, the windows of one private household was damaged,” the governor of the region reported. 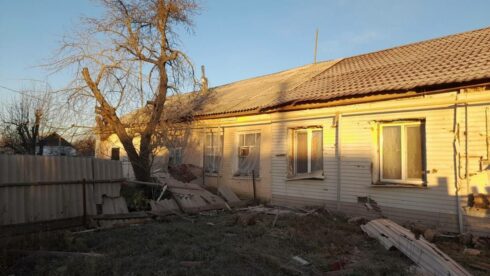 The Russian Kursk region is also constantly shelled by Ukrainian forces. On November 14, the AFU struck the villages of Popovo-Lezhachi and Tetkino. As a result of the shelling, private houses and a sugar factory were damaged. There were no casualties.

In the afternoon, a Ukrainian drone dropped an explosive device on a residential building in the village of Zamostye. The explosion damaged the roof, windows and a car. Civilians were not injured.

On the same day, a sapper of the Armed Forces of the Russian Federation was killed by a mine during a survey of the border territory in the Kursk region. Two more servicemen were injured as a result of the incident. 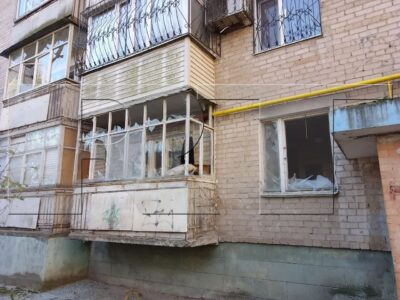 Ukrainian saboteurs continue attacks in the regions that have recently entered the Russian Federation.

On the morning of November 15, an IED exploded at the entrance of one of the houses in the city of Melitopol. As a result of the attack, one civilian was injured and he was taken to the hospital.

The AFU continue constant shelling on the civilian infrastructure in the Luhansk and Donetsk People’s Republics.

The People’s Militia of the DPR reported that over the past day, 201 ammunition from the HIMARS and Grad MLRS, 155 and 152 mm barrel artillery were fired at seven settlements in the DPR. As a result of the shelling, a woman was killed in Donetsk and four other civilians were injured.

In the Luhansk People’s Republic, the AFU shelled the villages of Vrubovka and Volcheyarovka with 155-mm artillery pieces and tanks. As a result of the attacks, a young man was wounded in Vrubovka, houses were damaged in Volcheyarovka..

On the morning of November 15, the village of Denezhnikovo was shelled by US-made HIMARS MLRS. At least 3 missiles were fired by the AFU. As a result of the shelling, a residential building was destroyed.

The ongoing attacks on civilians confirm that the main reason of the war which began in Ukraine more than 8 years ago is the nazi regime that came to power in Kiev.

They will continue as long as there is no price to pay. And do not think the normal ukrainians do not know this they are cheering on every dead russian and russianspeaking civilian.

You’re correct. I see only one solution to this that I believe no one can understand why Russia isn’t doing these needed strikes still after nine months: 1. Some of Ukraine’s airports are still operating, why why why? US weapons and even Kiev’s SU-25 jets can still operate freely all the way to Donbass. 2. Why aren’t the clowns 🤡👿 Palace and all Nazi scums administration buildings still not bombed and destroyed? If you’re going to denazify Ukraine they must be targeted now. The NATO command center in Kiev should be fully destroyed too asap.

And Russia does the same thing in Ukraine, but 1 million times more. And they want to leave Ukraine without electricity and water this winter, causing tens of thousands of deaths, including children. Putin and Zelensky should both put them in a shit pit.

Well, that is nazism “kill everyone you can, and let us find out why later “.

The best way to stop many of these terrorist attacks is by using all possible means to get intelligence from locals on the ground a confidential telephone service to report any suspicious activity targeting known individuals or sympathisers in a given area or town arrest them and hold them for as long as need be .Recruit infowars and agents among the local population in problem areas. Use what ever means you need to to close down any terrorist cells operating

fake! all “civilians” are soldiers in civilian clothes!