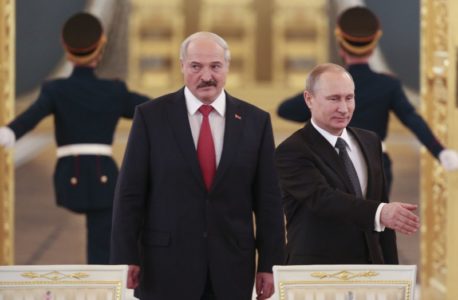 On January 24, Belarusian President Alexander Lukashenko revealed that Ukraine offered Belarus to conclude a non-aggression pact. At the same time, the Kiev regime is strengthening military fortifications in the northern regions, preparing for another assault from the territory of Belarus.

According to Alexander Lukashenko, conflicting signals are coming from Kiev. While asking not to enter war in Ukraine, the Kiev regime and its Western patrons are training and arming militants and extremists, threatening Belarus’ security. Since Belarusian nationalists who aim to overthrow the current government and are sponsored by Poland and Lithuania, are fighting on the side of the Armed Forces of Ukraine, the Kiev’s proposal was not accepted.

“On the one hand, they are asking us not to fight with Ukraine in any case, so that our troops do not move there.” On the other hand, Western countries continue to train and arm “militants and extremists” in Ukraine. “Poland, Lithuania have gone crazy in general. Why do they need it? Unclear. Therefore, we are forced to react harshly,” he said.

The Kremlin has no information about a possible proposal by Ukraine to Belarus to conclude a non-aggression pact, said the press secretary of the President of Russia Dmitry Peskov.

“I can’t comment on it, I don’t have any information,” he said. 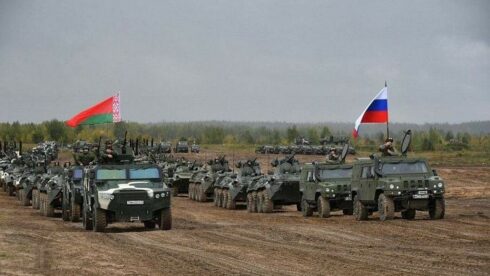 The situation on the Ukrainian-Belarussian border remains tense. The Border Committee of the Republic of Belarus reported that the number of Ukrainian formations on the border is about 17,200 servicemen.

Belarus provides its territory and military infrastructure to the Russian military within the military cooperation of the Union State. A joint grouping of troops with Russia has been deployed in the country since October, which, according to the Ministry of Defense, performs “purely defensive tasks.” In January, joint tactical flight exercises were launched in Belarus. 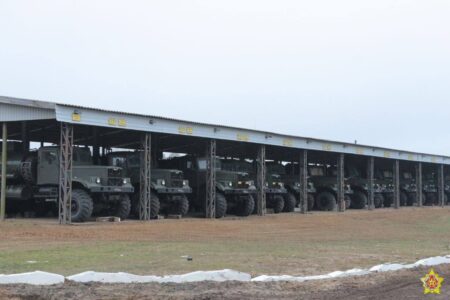 On January 24, it was reported that the fighters of the 11th mechanized Brigade of the Armed Forces of the Republic of Belarus began removing equipment from long-term storage as part of the joint activities of the combat coordination of the regional grouping of troops.

The Belarusian army officially opened long-term storage depots of military equipment and began to get out vehicles for combat coordination of the armies of Belarus and Russia as part of strengthening the capabilities of the joint Russian-Belarusian grouping of troops.

“We are participating there. We don’t hide it. But we don’t kill anyone. We don’t send our military anywhere. We are not violating our obligations.” Lukashenko explained Minsk’s position. 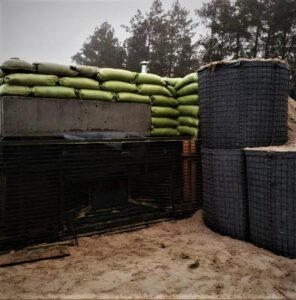 Fortifications in the Kiev region 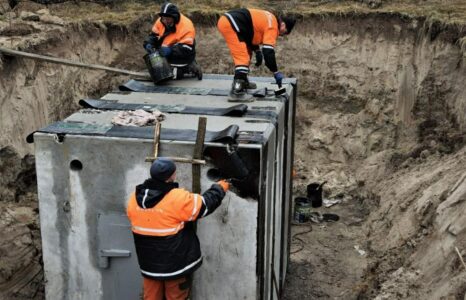 Fortifications in the Kiev region

The military manoeuvres in Belarus distract the Ukrainian military from the main battlefield in the Donbass. After the start of joint exercises of the armed forces of Russia and Belarus, President of Ukraine Vladimir Zelensky called on troops deployed in the northern regions to be always ready. They began to dug trenches and mine the areas along the border with Belarus.

In autumn, Ukrainian President Vladimir Zelensky proposed to introduce an international mission on the border with Belarus in order to “exclude provocations.” He assured that Ukraine is “interested only in its territorial sovereignty” and does not plan military actions against Minsk. So far, his initiative is yet to bring any results.

I never thought about it, but the older brothers are going to fight a rebellious brother.

Ah I see America still hasn’t given up it’s ways of training ISIS style militants, asking for peace, whilst preparing for war. Well I guess it should not come as a surprise to anyone, considering that country has been at war for 80% of it’s existence.

what will dictator Lukashenko do?

Are you ever going to get a life. LOSER

I’m hiding in a bunker with ukronazis sucking their dicks.

Lukashenko will move his troops south to look for you the cockroach.

#BREAKING: The Biden administration is leaning toward sending a significant number of Abrams M1 tanks to Ukraine and an announcement of the deliveries could come this week, U.S. officials says – WSJ

That’s incorrect, they have 6000, Germany has 236, france 200 LeJunks, Britian has 336 Challenged to move, Poland has the largest EU based tank corps at 600, mostly older mixed bag tanks. The Ukrainians have very few tank crews left to man new ones anyhow.

In Iraq the Resistance was able to destroy these tanks quite easily. The Abrams have a certain vulnerability.

The Russians are drooling about the chance to capture those. :) Well, the broken ones, their maintenance requirement are crazy.

“Facts” is , every week we can see a new Wunderwaffe on the MSM TV , which shines for 1 or 2 weeks as a new star ‘game changer” and lands on the scrapyard afterwards.

They ran out of meat heros. So they have object heros which they animate in their dellusions and agitation 😆 But they still die as fast as their long forgotten meat heros.

Southfront delete any comment that does not fit their narrative. They’re the same as fake news CNN.

The geniuses who rule the degenerate West have lost their sense of direction, they are sinking into quicksand, and they call it success! Every action, deed or idea of these geniuses is doomed to failure. You call them, if you want, idiots

Yup, this is what happens when you get overboard with your hypnosis, so that you even hypnotize yourself to be a perfect liar 😆

In the first Gulf War, there was a battle between Iraqi and American armored divisions in the south of the country and near Kuwait. The Americans had set their sights on getting to Baghdad. Unfortunately for them, the American armored divisions were routed. This is the reality, hidden by the System. So much so that they didn’t arrive in Baghdad and say they were leaving Saddam Hussein in power to avoid destabilizing the country!

They plan to honour peace as they honored the misk agreement.

Too late for any negotiations or peace treaties now. Kiev will be liberated, along with the rest of Ukraine. The Zelensky regime has been so recalcitrant and malignant with Belarus and its people and now that they know they’re about to be invaded they want to sign a peace treaty. Indicative of a typical puppet NATO cowardly regime.

just another trick like Minsk2 , as Angela Merkel honestly confirmed , they never wanted to implement it , but only gain time to better prepare for the war. Give the a…holes no more link agreements and no more time.

At this point we must assume everything said by NATO is a lie and the tank controversy is only a show and that NATO is proceeding with definite plans to destroy Russia. AS Ukraine can not win under the current engagement scheme.

very well said , and at this point conclusion of the discussion. Though I suppose , watching the Ukraine more and more crumbling , the wise men in the NATO will have to correct their plans. Worst case for them , there will be no more plans after NATO will fall apart. It may be the Ukrainian project was one too much and they choke on it.

It may be that the polish government are involved in this as they have already came to an agreement with zelensky and the Kiev junta to take territory in West Ukraine that the poles say belongs to them .As always the Ukrainian people have been sold out by globalists and the country destroyed