Prominent local leaders in the town of Khan Shaykhun in the southern Idlib countryside are currently negotiating with the Damascus government to reach a reconciliation agreement that would prevent an attack on the town, Syrian pro-government activists reported on May 9.

According to the activists, the proposed agreement would force all radical militants to withdraw from Khan Shaykhun, that will be placed under the direct control of the Syrian Arab Army (SAA).

Khan Shaykhun is located on a strategic highway linking Hama with Aleppo. The highway was supposed to be reopened last year as a part of the Russian-Turkish agreement. However, terrorist groups controlling the town and other positions along the highway rejected the agreement.

The SAA is currently stationed in the newly-captured town of Kafr Nabudah, which is located less than 12km west of Khan Shaykhun. If an agreement was reached, the army would need few days to reach the town.

Earlier, the locals in the town of Qalaat al-Madiq reached an agreement with Damascus, under which the army entered the town and its surroundings without any resistance.

The upcoming hours may witness a similar agreement between Khan Shaykhun local leaders and Damascus. However, terrorist groups, like Hay’at Tahrir al-Sham (HTS), will likely work to sabotage any such agreement. 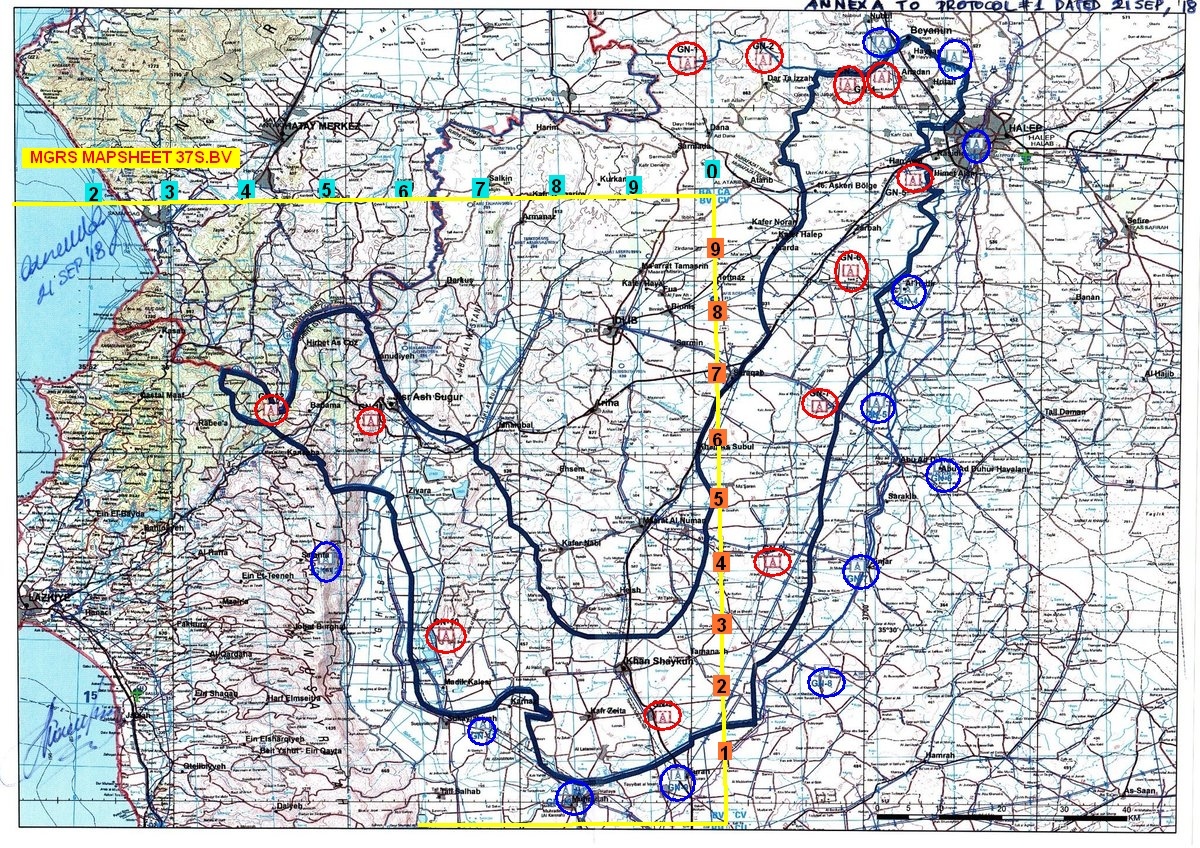 Beginning to believe strong rumor that this offensive is limited
to pushing back enemy positions and forward bases to the inner perimeter
only of the agreed Sochi protocols of 21 SEP 2018 – leaving the Turkish
OP (actually strongpoints) in position , untouched. Map attached shows
original agreed locations of Turkish & Russian OPs,six Iranian
observer teams later added, mainly in NE closer to Halab (Aleppo) city.
We will see, but unless SAA advances north beyond Khan Sheikhoun and
east to Jisr al-Shughour this is NOT the big push to liberate Idlib
province. I do fear that a limit of advance will be imposed along the 30
Northing

Unfortunately, that seems like what’s happening. I just hate to see a good rat roast interrupted. Kahn Shaykhun is pretty significant though – that will at least secure the southern dip of that zone (since the Turkish OP is essentially worthless).

Love to see them move up al Ghab / Orontes Basin to Jisr al-Shughour though. The Orontes and farms were always part of the US resource theft/denial scheme for Syria. And that would also be the final nail in the coffin for Israeli dreams of a Kurdistan with access to the Mediterranean. This would also cause a further rodent stampede to the north and east with loss of the headchopper supply routes. All in good time, I suppose…

I agree. still its a long time ago the SAA pushed forward in Hama like this and i celebrate that as being significant.

At this stage, I’d say every little bit helps. But if things play out as you suggest, it’d confirm what Moscow is being increasingly open about: that they can only be spurred into action when the security of their own bases is at stake; Syrian sovereignty and statehood is, well, mostly somebody else’s problem.

So far so good. The terrorists in Idlib are disorganized, partly due to the green buses strategy working (different factions with different leadership) and Erdogan selling them out. The SAA has to take the chance now and keep on advancing before the Zionists and/or Erdogan change their mind.

the russians are doing it right with their air power, with new aircraft brought in recently for this massive offensive – taking out jihadist command centers, attacking supply lines mercilessly, blowing up supply depots and munitions factories, and ‘softening’ things up before the Syrian army advances.

Without the Russian intervention, Syria would be completely on fire. And Iraq and Lebanon as well. And it wouldn’t look good for Iran either.

Most countries around Syria would be turned into huge shitholes by now.

Thank you Russia, a thousand times!