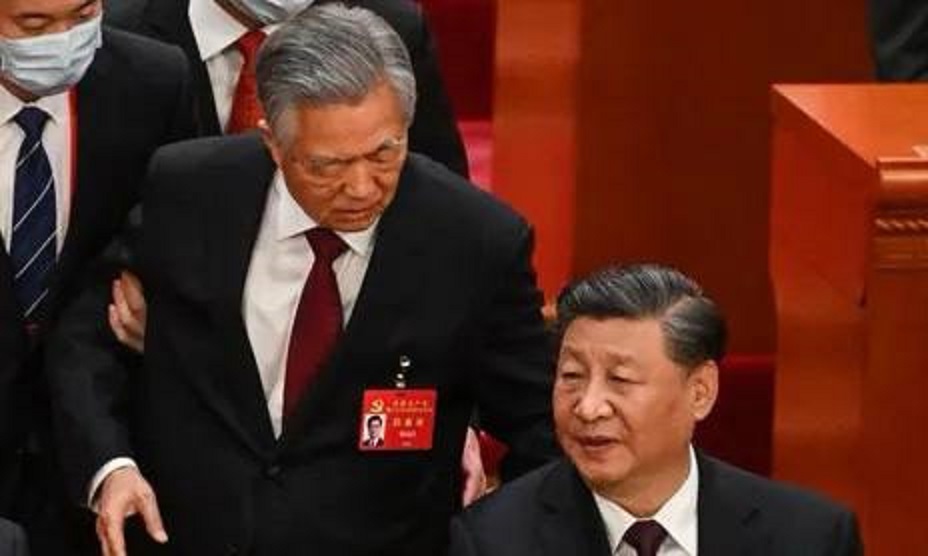 The 20th Communist Party Congress was held in China: more than 2,000 delegates from all over the country attended the meeting. The Party Congress adopted a series of landmark decisions on the further development of Chinese society on the basis of “21st century Marxism with Chinese characteristics”.

These broad categories reinforce Xi’s security paradigm, where all challenges are treated as a matter of national security and ideology reigns supreme

Among other changes to the CPC statute were the tasks of transforming the country’s army into one of the strongest in the world, as well as provisions to oppose the independence of Taiwan. For China’s modern political system, this is not just a show of intent, but a clear Party task that must be fulfilled at all costs.

“The Communist Party of China always implements its decisions.”

Accordingly, failure to resolve the Taiwan issue, for example, would be a failure of Party policy, which is unacceptable to the new political leadership. The soft period of Chinese diplomacy is over.

A public demonstration of the new course was the incident with former Party General Secretary Hu Jintao, who was forcibly escorted out of the hall just before the end of the event. The politician only looked around in confusion, but found no support from his colleagues.

Hu Jintao advocated maintaining good relations with the U.S., and was also an opponent of a military solution to the Taiwan issue. Such a former CPC Chairman’s escorting out of the hall is a clear demonstration of the renewed anti-Western foreign policy of Beijing, which, apparently, is ready for any measures, defending its sovereignty and the role of a superpower in the modern world.

This is a pluralistic paradigm shift in development and a renewal of the state policy. It is becoming more nationally oriented, ideologized, rigid, and unequivocally anti-American.

Oh vey, these last days were so demanding. Sheiks of Qatar and UAE in Moscow, Saudis kickin´ Biden´s ass, Russians beating Ukraine to the pulp, Austin calling Shoigu, Blinken complaining about Russian unwillingness to negotiate what cannot be negotiated, Israel warned by Russia´s brand of Chabad-Lubavitch and now pro-American mandarin got kicked out of the party assembly in live stream. The real hell is yet to start in the next two to four weeks. Good luck, America.

I agree. The zioWest is in a total panic. The zios will be eating themselves for decades.

Commie bullshit. USA is about to get worse and end up like China. Covid histerya paved the way

Xsayarsa
Reply to  USA is a shithole, EU is becoming one

The U.S. loves sending signals. In fact, signals and sanctions are essence of its foreign policy and its only tools when dealing with a strong partner, stronger than Grenada or Baltic statelets. Now China has evidently staged the scene for a signal sent to Washington.

I agree, and the signal that has been sent to the US is that the Brics are demolishing the bridge to NATO nations until NATO changes its behavior, LOL..

Chinese and Russians will continue to do business with whoever wants to it in occidental and central Europe.

Such a shitty chinese acting. But what can you expect from Chico Pidgins. They should hire some Hollywood producers. They are much better at this fake BS spectacles.

Taiwan will be reunified with China by reason or by force in less than 5 years.

It will almost surely be by reason. Huge parts of the KMT party leadership are completely in the Chinese camp. The USA does not have a competing vision to sell; their only aim is to instigate a Ukraine-style war to try and trap the People’s Liberation Army in a missile duel.

The United States is evil, but that didn’t make China good. Nevertheless, the Chinese will definitely be the undisputed leaders of the world soon.

Politely disagree with you… China economy is in a tailspinn now. China will not be the leader.

I keep waiting for this supposed Chinese collapse, any day now. To me it seems like more Western propaganda, as China gears up to capture Taiwan.

They won’t unless they find a way to get to an undertanding with india. Two nuclear powers which the two biggest populations on the planet sharing borders is the only thing that the US has going for itself rightnow. And you can bet they will try to use this to their advantage.

usa has nothing to offer india (period) usa is finished,too many kweers not enough businesmen!

What a retarded Xi is. But what can you expect from chicos. Arrested development at infancy? And these imbeciles dreaming about ruling the World. Good joke :D

Dark side of the moon

Xsayarsa
Reply to  Dark side of the moon

I saw worse than that.

China, Taiwan, Korea, Japan, and SEA will never go to war against each other on the grounds that we are the same by Blood & Family.

The only thing dividing us is the filthy jews, and filthy commies.

The thing uniting us is the invading hordes of the jew backed white man, and its commie cousin.

Dont confuse your ghey ass vday as anything near Socialism, because its straight up commie-jewry.

And remember that Japan entered China, because you morons failed to stop the americunt jewish invasion into your land. (mckinsey, opium, covid, accenture).

Japan ate rice and pickles to survive, Ireland lived with potatoes, while you ate dogs and snakes. (Socialists will make do with rice and veggies only, whereas commies and jews will lead you to eating dogs and snakes).

Dont be a pawn of the filthy jews and filthy commies.

Never say the word Socialist, when you are still Communist.

Karl Marx is not a filthy jew or filthy commie, so dont even mention him, since you are still a f7cking commie (it says so in your commie papers).

And commies dont have parties, except in orwellian double-speak.

sod off
Reply to  JHK

What kind of discussion forum is this one, SF? Erasing contributions to the topic because they do not fit the expectations? Who are you, Southfront, or better, who is behind this thin facade? Show your true face and colours. Sooner or later, you will be finished, because people will ignore you.

It seems like a mod war. Sometimes everything pro russian gets deleted other times everyting anti russian. And then there must be a troll mod who deletes everything that makes any sense and only those who tell each others to suck d. a left.

Maybe there is a Ukraine-Russia war going on inside Southfront. I hope our Russian moderators can win and kick ass ukro mod.

They gain bitcoin erasing all comments both pro Russia (mine) than anti Russian (yours).

This was a good one, Carlo Rambaldi. If you find one pro-American comment of mine in your archive, I will pay you 10,000 bucks. If not, you will pay this amount to me. Done deal?

Athought CCP is a well known monster to its own population, it is unable to do any harm on other side of world for the time being, while westerns politicians are creating crisis to put western into abysmal. The world requires another devil to counter-balance the most vicious dictators from the west.

Damn the Chinese leadership is cold. For Chinese saving face is vitally important. The former leader Hu JIntao was just publically humiliated in most extreme manner. This marks a break with the past in China’s foreign policy toward a forceful one. Keep watch.

Thinking about ccp always makes any decision under table prior to publish, and alway silences dissidents from public, it is just a soap show, tell the west who is the world real boss.

All jokes aside, the right to self determination will be respected here, or there will be hell to pay for all of us.

For my part, I preserve sponsored support to President Xi Jinping and the reconstruction of the Chinese Communist Party 🇨🇳, who’ll exterminate US 🇺🇸/Western 🇬🇧🇪🇺 based imperialism before 2025, directly/indirectly.

The USA and China are tied together economically and depend of each other even as things fall apart so make no mistake about it, if China invades Taiwan, America will do NOTHING. The more important issue here is WHY is Putin letting this war drag on? End it ALREADY! Bring the iron fist down and shut off everything in Ukraine. If he can’t do that then maybe he needs to step aside.

maybe you need to geta life and leave it to the best leaders in the world to deal with nazi bio weapons,drr!

Time for the softies to step down. Xi has got business to handle.

He walked away like a senile old man………….he looked a lot like Biden, being led around by both arms.

The only way out here is to remove the Democrats from running the US and then to limit the power of the RiNOs. This must be done in ’22, then in ’24 we must elect Trump with support from his party in the Congress.

Only such measures will allow for the wholesale curtailment, and removal, of the Deep State and the malevolent influences of the Wall Street and EU bankers and globalists.

Otherwise, it will be Civil War II.

Stability for CCP,meantime usa has multi gender complex issue sand it wont get easier here on in!

The good times in China are over. China under Xi will become North Korea 2.0

Death to Western colonialism and NATO. Long live the resistance