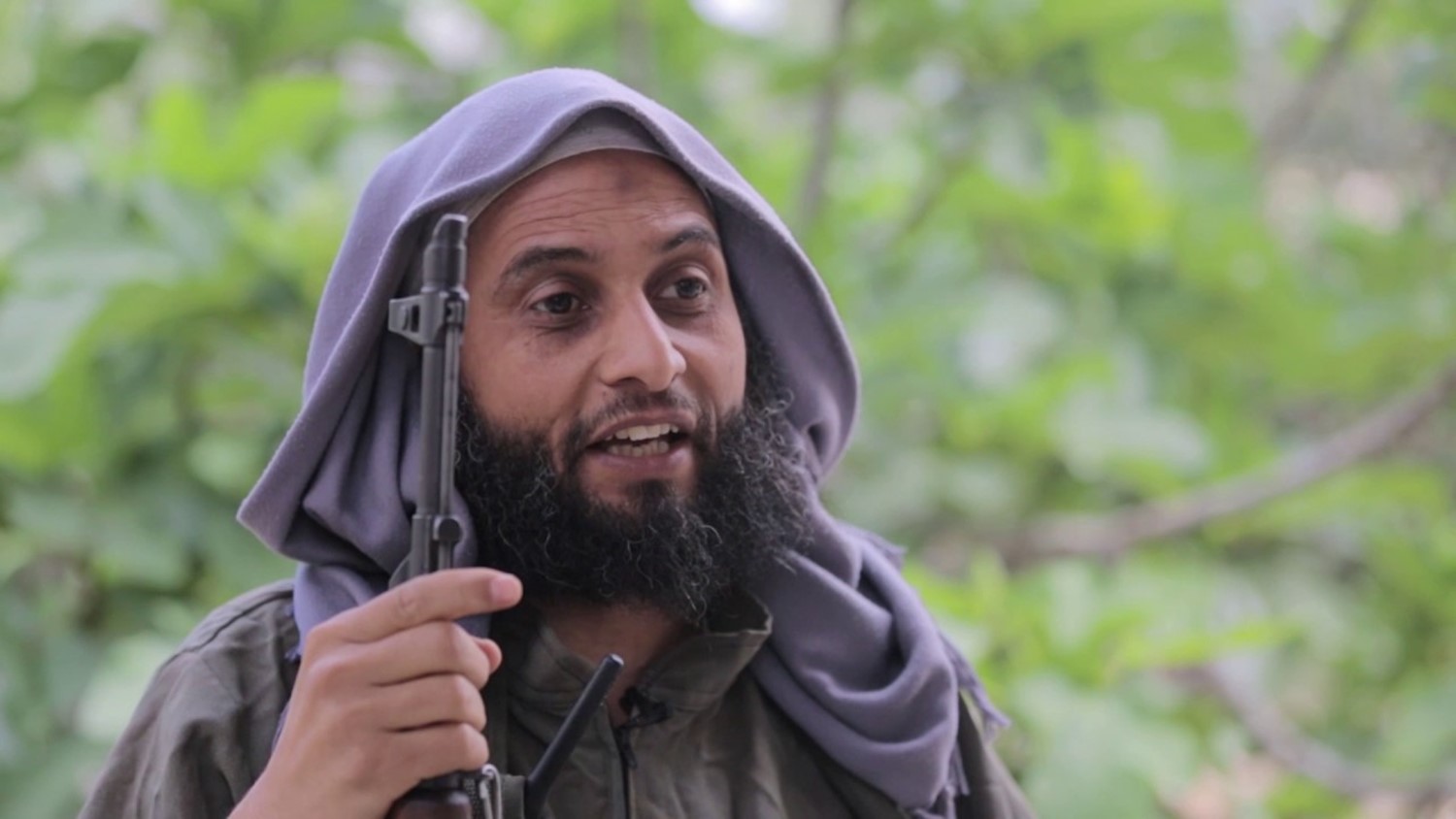 The Enab Baladi news outlet said that HTS’ leadership has tried al-Masri for violating a recent media restriction order which prevents the group’s members from commenting on local or international issues. The cleric was convicted and as a result he announced his resignation.

Al-Masri, who is an Egyptian citizen, came to Syria in 2013 to join the battle against pro-government forces. The cleric worked for three years as a Sharia [religious] judge in the Ahrar al-Sham Movement, which is affiliated with the Muslim Brotherhood party. In 2016 he defected from the movement along with other foreign jihadists and joined a coalition led by the al-Nusra Front, now known as HTS.

“May God reward Shiekh Abu al-Yaqzan al-Masri with good, the height of vigor and the work for the sake of God are the only things we saw in him,” al-Zubair al-Ghazi, a religious judge in HTS, said on Telegram praising al-Masri, and added: “We hope that what between him and his brothers is only a passing summer cloud that will go away soon.”

The Egyptian cleric was known to be one of the leaders of the so called “radical wing” within HTS. According to opposition activists, he personally led several battles against Turkish and US-backed groups in the last two years, including the Ahrar al-Sham Movement and the Nour al-Din al-Zenki Movement.

After the resignation of Abu al-Yaqzan al-Masri, several sources reported that Lebanese Jihadi leader Abu Malek al-Tali is also planing to leave HTS. However, these claims are yet to be confirmed.

Al-Tali was the top commander of HTS in the region of Qalamun between 2012 and 2017. He is also considered one of HTS’s “hawks” who led several attacks on opposition armed groups in northern Syria in the recent two years.

Opposition activists believe that these resignations maybe a result of the emerging conflict between HTS and Horas al-Dine group. According to these activists, HTS’ leader, Abu Mohammad al-Julani is trying to “moderate” the group, which was once the main branch of al-Qaeda in Syria, in order to gain political support from foreign countries once again.

He just resigned? Do they also have severance pay, farewell parties, and non-compete clauses? What’s the world coming to, it sounds indeed as if HTS is getting soft. On a more serious note, why are all these folks still breathing; does Russia remember they were supposed to fight terrorism in Syria?

For now, they are useful. They do not attack the Syrian army and at the same time they removing “moderate” terrorists.

Ah yes, “time is on Russia’s side” — forgot for a moment that that’s true by default.

He can resign in a coffin 6ft in the ground, the terrorist bastard!

We dont participate in terrorist suscces or development we dont care wither he resigned or not.We want him dead or alive to put him behind bars.

After a long career in US Terrorism Inc, Abu al-Yaqzan al-Masri has decided to retire and spend more time with his American tax dollars. :)

There does not seem to be any defined leadership in the HTS whatsoever, so it is more like a huge street gang.

Going to take a holiday in Haifa?

The rats are starting to leave the ship before it sinks, at first it’ll be only the top leaders, the ones that have only ever sent other men into battle but never seen action themselves, the cowards like this supposed man of God, but then we’ll start seeing the wealthy jihadist start to leave as well, then the one who really love their families next, but usually by then it’s too late for the family men, they should always leave when they see they wealthy start departing, if they wait until after they’ve left it’s always too late for anyone left behind.