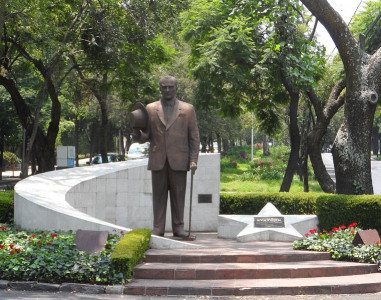 Kemalist Turkey is dead. Even if Erdogan manages to survive (I think his position is deteriorating and the inevitable purge/slaughter will only worsen matters), it will no longer exist. The army, in the sense that it used to be the backbone of the Turkish state, is also dead.

Therefore the Turkish military might be able to slap together some sort of a putsch which just might succeed through sheer luck (though the likelihood of something like that is small, it’s more likely future putsches would be spearheaded by foreign PMCs), but what would be the point?

We must start getting ready for the new Turkey. We used to think the new Turkey would be neo-Ottoman (the second issue of the Ottoman Empire, as I wrote earlier), but now I think it will be something very different.

The neo-Ottoman Turkey was supposed to be relatively strong, relatively secular, comparatively pro-Western, and with a relatively strong economic growth. Right now, not a single of these four elements exists in full measure. There’s only…remnants, illusions, dreams of the past.

From here on out, things will only get worse.

The problem that in “turning to the people for help” and scattering the army and humiliating it, old man Erdogan has become dependent on this very same “Turkish street”…This dependence will only increase just as the economy is turning in a less-than-stellar performance.

The “street”, having had its fun at the expense of what used to be the most powerful army in the region (one should hope we understand that currently Turkey is absolutely defenseless–which naturally activates the Kurdish problem) and having tasted blood, it will demand a share of power for itself. That’s just how it is: if you don’t want to be friends with the Janissaries, you have to bow before the “street.” There are no more Sufis…The Sufis jumped the ship–the sat quietly like a mouse during the whole coup, which is very telling.

Now, what about the “sultan”…
Well, if Erdogan carries out a veritable “night of long knives” on his “field commanders”, that which one could get away with in Germany would have a very different outcome in the narrow alleys of Istanbul.

Neo-Ottomanism is a model. A model attractive to the outside world. That’s the only source of its viability.

Can reliance on “the street” be attractive, using Ilkham Aliev’s model? Here I have my doubts. His father did a lot to ensure the “energy of the masses” was, to quite Esenin, “set in concrete.” That’s some pun I came up with.

As far as we, Russian and others (neighbors, region, world, ultimately) are concerned, what does a relatively weak Turkey (I doubt anyone will contest that assumption? Particularly since Turkey has no prospect for improvement, even if we provide our shoulder for support), with growing street radicalism?

Where the military’s place will be taken by citizens personally loyal to Erdogan who have, to put it bluntly, have spent the last five years in close contact with the contingent we are currently bombing?

Where the “proper level of loyalty” will be ensured by ruling party political overseers? How could it be otherwise? Does it not remind one of anything?

I can’t fully formulate my prediction. I think it’s necessary, though.

The current situation is interesting indeed: yes, in a tactical sense, Russia came out ahead mainly because it made no rash moves (of course, it hardly made any sense for Russia to make any rash moves). But in the strategic sense, we are about to face other and more menacing challenges than those from the era when Turkey was a base for US missiles.

That’s how it is going to be…

Erdogan is the godfather of ISIS. ISIS even made videos for all ISIS fighters to pray to God for their brother Erdogan’s victory over the coupe. Which makes sense. The Turkish military is the guardians of secularism. And Erdogan is a die-hard fellow Islamist and friend to ISIS. Erdogan is the mother of all Terrorist, and friend of Israel. Need I say more?

What is horrible to think about is that thousands of Turkmen risked death wounding and incarceration from allegations of treason. Most of military supported coup. Hundreds of judiciary supported it and now have arrest warrants.Had it been an orange revolution the corporate media would have supported it. It was not creation of Zionist or would have been better financed and organized. It was a grassroots uprising. It is product of dedicated civil servants who opposed supporting terrorism islamic opposed fundamentalism and opposed war with Russia. It was not greed that motivated the thousand who supported the coup but desperation.

May be. May be not. I am still trying to figure out whether it was a self made coup: grounds to clean the elements who stay on the way of erdogan to total power=dictatorship or… a message from cia to erdogan: watch it. Russia? Syria? Good relationship? Think about it! I find it too naive to believe that some 2839 solders will be able to achieve anything.It wasn’t meant to achieve anything by create more chaos and we all know where does it come from.

The capitalist/Zionist owned media unilaterally opposed coup in coverage. Contrast the Zionist media coverage of Turkey coup with CIA sponsored Coup in Honduras, The coup had broad based military and judicial support. Erdogan is a dictator who sponsors terrorism and shot down Russian jet . The military does not want war with russia nor to be sponsor of terrorism.

The military should have opened fire on the civilians. Turkey is lost now and it will just keep getting worse from here. I went through the Iranian revolution, see what happened to Iran? Turkey will be worse because they are Sunnis and Sunnis are ……. (insert bad words)