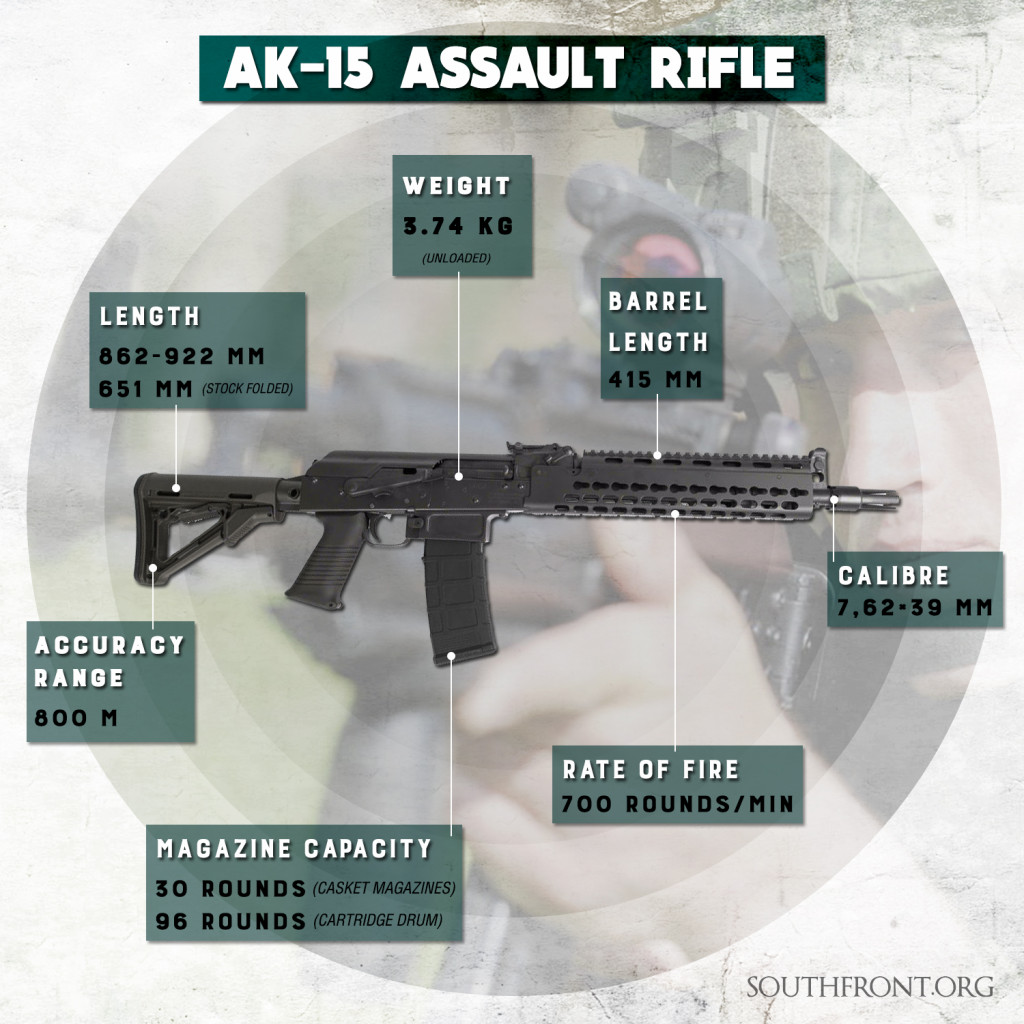 Russia’s Kalashnikov Concern presented the AK-15 assault rifle at the Army 2016 defence exhibition held outside Moscow in September. It has a rate of fire of 700 rounds per minute, which is 50 rounds faster than that of the AK-74M. The AK15 brandishes a Picatinny rail for various devices, a telescopic-type buttstock, and a pistol-type grip. The magazine-opening cover, foregrip, and gas tube are modified to ratch up the rifle’s grouping of shots and ergonomics.

The AK-15 was developed under the Ratnik program with aim to replace the AK-103. 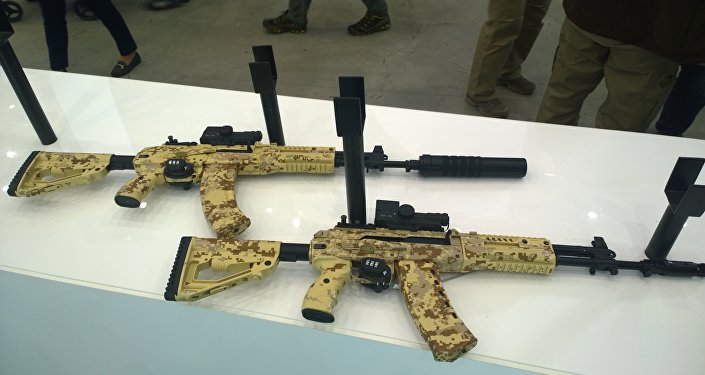 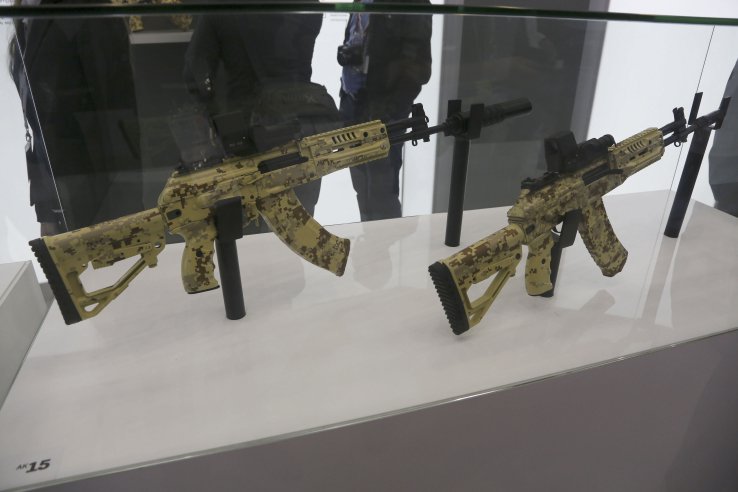 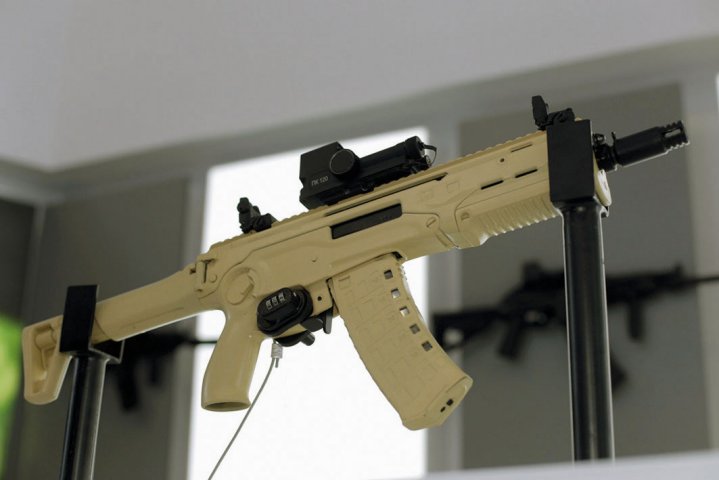 Russian equipment looks very impressive. I would appreciate if SouthFront could give some information on the S-500. Others may not recall but I have a distinct memory of reading that it was to be ‘unveiled’ earlier this year.

I have been looking forward to seeing the S-500 for a long time now. I will need to be even more patient and wait until May.

It’s a beautiful assault rifle i must admit! It looks very modern, and ergonomically designed. One could say that it resembles a little of the Sig-Sauer 552 Commando.

I think nothing can beat ak47

This is like modern car design, the parameters of advancement are now known, wind tunnel efficiency has defined basic car outlines and strong similarities in different companies shapes. Kinda same with assault rifles – they get less ‘nationally characteristic’ with time as parameters are now known – so starting to move to a similar form across the board. Sure different internals and design briefs, but overall move in outward appearance is to similar looking polymer carbines. No doubt more efficient tools etc, but just visually still like an AK 102 for the distinctive ‘Ruusian’ look.

I think like massive production and popularity..Plus there are lots of them so you can get it very cheap and its reliable…

lets just say no one has really won anything with the AK47 in the past…what would change now….I think the 47´s past record disproves that theory you just vented lol :P

Except us croats, and half of the world..

Looks great. These babies would sell like crazy in US.

With Trump in the House it may as well will, not just would.

All new toys look great..but in the end…durability always wins out!

The weapon of choice for white Christian males in the USA to kill defenseless civilians. Well done, Putin!