The SouthFront’s TOP-10 of the world’s best battle tanks:

The K2 Black Panther is a South Korean main battle tank that will replace most of the various models of M48 Patton tanks and complement the K1 series of main battle tanks now fielded by the Republic of Korea. The mass production started in 2013 and the first K2 joined the armed forces in June 2014. The K2 costs over US$8.8 million per unit.

Information is collected by J.Hawk 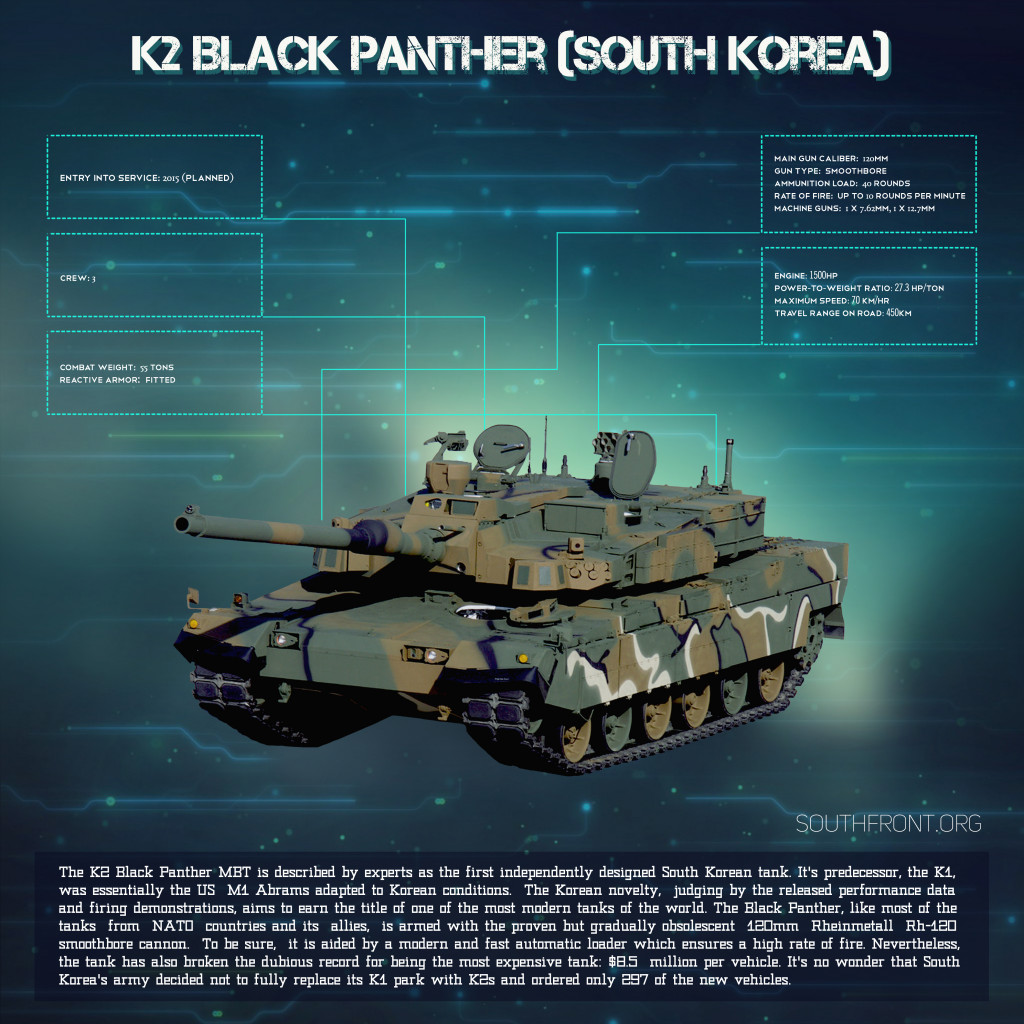 Looks cool! Too bad South Korea is a puppet of USA.

They are an ally of the United States.