Just eight people in the world possess half of the world’s wealth, while 3.6 billion people, who make up the poorest half of humanity, have the same amount of funds. 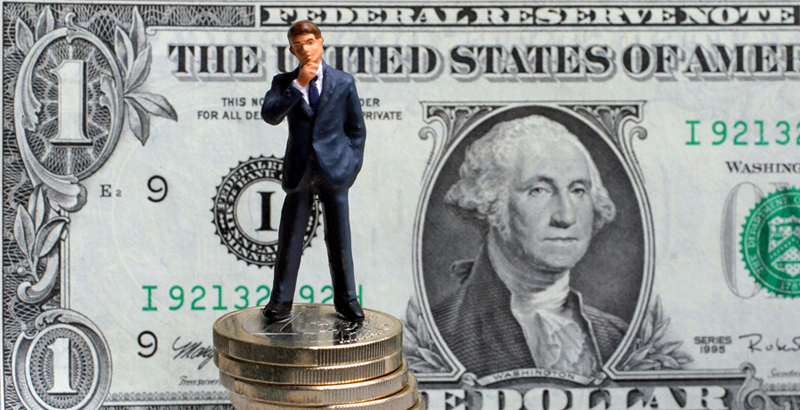 Half of the world’s wealth is in possession of only eight people – they have the same amount of funds as 3.6 billion people in the world, who make up the poorest half of humanity, a new report of Oxfam, an international association of organizations, dealing with the problem of poverty, reveals. The final report shows that in comparison with the last year, the gap between rich and poor people has increased. According to the forecast of experts, the first dollar trillionaire may appear already in 25 years.

“It is obscene for so much wealth to be held in the hands of so few when 1 in 10 people survive on less than $2 a day.  Inequality is trapping hundreds of millions in poverty; it is fracturing our societies and undermining democracy,” Winnie Byanyima, Executive Director of Oxfam International, said.

According to him, wages all over the world are being reduced, while heads of the so-called business empires get million dollar bonuses.

“Their [ordinary people’s] health and education services are cut while corporations and the super-rich dodge their taxes; their voices are ignored as governments sing to the tune of big business and a wealthy elite,” Byanyima noted.

According to the researchers, the report shows that the current economy contributes to concentration of wealth in hands of the elite, which is enriching at the expense of the poorest people of the planet, the most part of whom is represented by women. The material status of the most affluent people is so great and continues to grow so rapidly that the first dollar trillionaire will appear in 25 years.

“To put this figure in perspective – you would need to spend $1 million every day for 2738 years to spend $1 trillion,” the report reads.

The report notes that dissatisfaction with the inequality has already led to a number of high-profile political events, such as the Donald Trump’s election victory in the US, the coming to power of Rodrigo Duterte in the Philippines, and Brexit in the UK. Between 1988 and 2011, incomes of the poorest 10 percents of the population increased by only $ 65 per person, while incomes of the wealthiest 1 percent of the population – by $11,800 (182 times more).

According to Oxfam, the list of the richest people consists mainly of US citizens. There are only two representatives of other countries, Spain and Mexico, among them. The three wealthiest persons in the world are represented by Microsoft founder Bill Gates (US, net worth – $75 billion), Inditex founder Amancio Ortega (Spain, net worth – $67 billion), and CEO and largest shareholder in Berkshire Hathaway, Warren Buffett (US, net worth – $60.8 billion).

Oxfam pointed out that world’s governments can take steps to normalize the balance. For this, it is needed to raise taxes on material status and high incomes, as well as to establish funds for investment in health service, education and job creation.

In addition, authorities need to support companies that take care not only about their shareholders, but also about welfare of their employees and the whole society. As an example, the researchers point out the multi-billion Mondragon company, where responsible executives cannot have a salary, which would be 9 times more than the minimum salary of an employee.

The research was made ahead of the World Economic Forum in Davos, which will be held from 17 to 20 January.

This is probably true but is a bit selective. You see every single person reading this site probably has more wealth than the bottom thousand people. So each of us is richer than the poorest thousand people combined. So where is the justice in that? It is always easy to be condemning of those who have more than you while only feeling self pity for your own circumstances.

Most people tend to forget that the truly rich do not get rich by working but by investing. One dollar wisely invested in some techcompanies in the 70ies or 80ies can be 2orth a million right now.

Yes I think you are correct. Also each generation produces a different kind of wealthy. Once it was land owners, then it became textile manufactures, then railway tycoons and iron and steel magnets, then cinema and film makers now it is tech moguls. I don’t mean this list to be exhaustive or strictly chronological, it just shows how these things work.

Just to amplify my originator point I think it is all too easy just to point the accusing finger at those who are better off than oneself and say how terrible. I have always taken the point of view that morality begins with ones own actions. Being generous at the expense of someone else is not generosity at all.

I agree with all you have said.however, the pendulum has swung to far. Now a minority of people make an OBSCENE amount of money at expense of everyone else.

That is the problem.

Don’t believe this bullshit, the real wealthy people like the Rothschilds and Rockefellers who own and control all their lesser minions like Bill Gates, Warren Buffet, Zuckerkike and others aren’t even in the public spotlight and their true wealth remains hidden. They are the real owners not their front men.

Indeed. They don’t talk about those above the money system, those who own and run the game, they just mention the players.

The Rothschild’s are the worlds only Trillionairs. They own the banks, and charge interest on nothing but printing. They have their funds divided up among 14 different family members, all together equaling trillions. https://www.youtube.com/watch?v=Gy3dP2ypF_U

How is Prince Philip a rothschild?