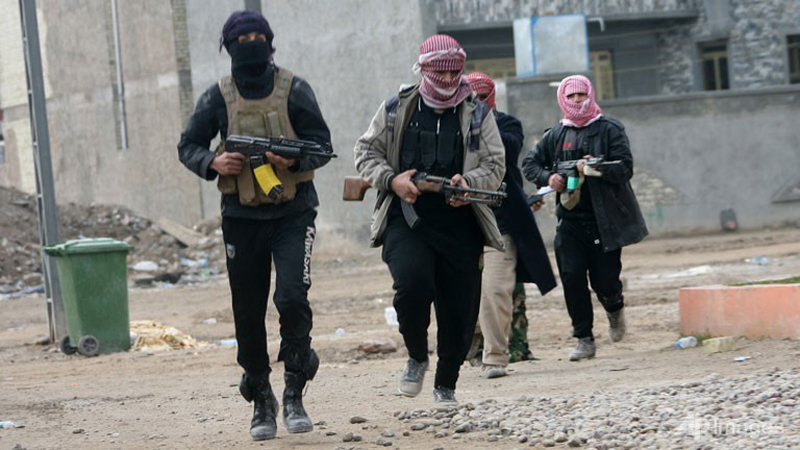 A senior commander of the Jund al-Aqsa terrorists group was killed in an intense clash with the rival Ahrar al-Sham group in the province of Idlib, Arabic-language media reported, citing an informed source in Idlib.

Emir of the Jund al-Aqsa group, Ra’ad Eid, also known as Abu Satif, lost his life during Ahrar al-Sham terrorists’ attack on Jund al-Aqsa positions in the region of Ariha in Idlib province. Ra’ad Eid was a commander of Jund al-Aqsa’s military operations in the countryside of Hama city. The attack also claimed lives of two other Jund al-Aqsa terrorists, including Abu Satif’s brother, Abu Ebrahim, as well as wounded eight other terrorists from both sides.

According to media, fighting between Jund al-Aqsa and Ahrar al-Sham terrorists also spread to the region of Jabal al-Zawiya. Clashes between the two groups intensified in Ariha region on September 5.

“Disagreements between the Jund al-Aqsa and Ahrar al-Sham terrorist groups have increased in Ariha region in Idlib province in the northwestern part of Syria,” the source said. He also noted that the main reason of the strengthening of disagreements was an attack on a brother of the commander of the Ahrar al-Sham’s Ariha Battalion by a Jund al-Aqsa terrorist.

Infighting between rival terrorist groups has increased in Idlib province, after the Syrian Army besieged the area, as well as recaptured vast parts of lands throughout the country, especially in neighboring Aleppo.

In late August, a vehicle, loaded with explosives, was blown up near Faylaq al-Sham terrorist group’s military base, located on a road linking the village of Sheikh Youssef and Idlib city. As result, the group suffered heavy losses: several terrorists were killed, while many others were wounded. There are no further details about the explosion and a number of casualties.

Oh my god, they should take revenge for him!

Russia should use its technology to track down the fighting terrorists and drop a tactical nuke on their head…………….