On May 8th, US-Proclaimed Venezuelan President Juan Guaido’s office denied any link between him and the Silvercorp-led failed infiltration attempt into Venezuela.

“We reiterate once again that the interim government has no link, commitment or responsibility to Silvercorp or its actions, as well as deny that President Guaido has signed an assumption contract with [the company],” Guaido’s office said in a statement.

The 41-page document can be read and downloaded in its entirety. It can be found both in Spanish and English.

The document has numerous signatures on it, but doesn’t contain Guaido’s signature.

Supposedly, the Venezuelan opposition, who are presumably Guaido’s allies provided the document, with “the condition that one of the attachments be redacted.”

Guaido’s top adviser Juan Rendon admitted that he negotiated the deal, and his name does appear on the contract alongside other senior opposition members. Guaido did apparently sign a shorter “general services agreement,” though that document does not specify what the deal was for.

The shorter document which features Guaido’s signature is also available for review and download. [pdf]

Found several pages of the contract.
This is page 7 with Guaido and J Rendon’s signature pic.twitter.com/XX3BHx0K2k

The US mercenaries from Silvercorp that were arrested even tweeted that they were beginning their infiltration, even tagging US President Donald Trump in their post.

According to Guaido, however, Venezuelan President Nicolas Maduro fabricated the entire story while calling the leaked contract a fake, meant to generate a “false positive” justification to “kidnap and arrest” members of the opposition.

This would, however, mean that Washington Post, and other MSM outlets were fooled by Maduro’s “lackeys” pretending to be opposition. At the same time, Jordan Goudreau, who admitted to orchestrating the infiltration attempt, and Guaido’s own adviser Rendon also apparently are on Maduro’s side.

This is developing into a proper Latin American “telenovela.”

Calling the dumbass Americunt cunts is an insult all cunts out there. The stupid losers can’t do anything right, no wonder the Pimpeovirus boomeranged on them like their attempted coup in Venezuela. These idiots are the laughing stock of the world now.

if Pence dead from Virus Usa will war with China lol

Must have got it from the fat pimp Pompeo :)

If true, that old senile cow is likely to die

Of course they deny it, it was a “failed” operation and naturally, orphan.
If they succeeded, now that’s another story. Every single one of them claimed it was because of their involvement and genius, and guess who boasted the loudest?

The United States acts instead like Pakistan or Israel—like a country with a senseless militarized government,oppression, shoddy infrastructure, mass poverty and whose leaders are too corrupt, arrogant or stupid to head off mass suffering. However, unfortunately unlike taxpayer leeches like Pakistan and Israel, the hapless Americans don’t have a sugar daddy that can alleviate their misery.

—the US sugar daddy is imperialism; they steal from other nations w tariffs, sanctions and require them to purchase their inferior weapons, etc…they r upset at china mainly because China has invested in African, Asian, etc nations and emphasizes trade, economic development rather that the lopsided arrangements the US requires

Even US conservative MSM now acknowledge that it is a failed state.

We Are Living in a Failed State

The coronavirus didn’t break America. It revealed what was already broken.

When the virus came here, it found a country with serious underlying conditions, and it exploited them
ruthlessly. Chronic ills—a corrupt political class, a sclerotic bureaucracy, a heartless economy, a divided and distracted public—had gone untreated for years. We had learned to live, uncomfortably, with
the symptoms. It took the scale and intimacy of a pandemic to expose their severity—to shock Americans with the recognition that we are in the high-risk category as a failed state with all the wrong priorities and total disregard for the majority of its population.

Maduro Announces Plan to Bring U.S. to The Hague for Alleged Botched Coup

Idiots, or accomplices, take your pick, in MSM are punting the notion that the virus is to blame for everything. They are in fact blaming a virus for ruining their economy which to date has killed half as many elderly people as the flu does each year.

Everything in western MSNM needs fumigating.

incompetent amerikans were unable to achieve regime change in Cuba—bumbling incompetent functional illiterates—they can hardly produces a decent meal—a nation of rent-a-cops and bartenders…they believe that because they can drink beer they can spark a revolution —if Guaido is a president, I am the emperor of the moon 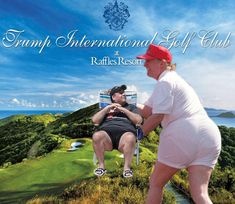 There is an interesting take, over on Stalker Zone. Which if Guaido wishes to keep in with President Trump, would also make sense, with regards what he is saying.

How many in the CIA ‘dark team’, are seriously upset that General Flynn has been exonerated and the ‘false flag’ paperwork, Obama and friends used to frame him, was released yesterday?

The obvious close and continued connection Guaido has with the US establishment is an obvious sign of his shallowness. How can such posturing be accepted and seen as strong leadership, by his people, when his allegiance is so obviously rooted in another country?

Is anymore proof needed that washintub harbours traitors from around the world. Aggressive warmongering is still a crime. So when US warmongers can no longer keep their pecker up, the ICC will come calling.

The International Criminal Court owes that much to the people of this planet. They will then be trying real criminals and not scapegoats from Serbia. They will also be doing the world a massive service.