On January 8th, Jordan’s Foreign Minister, Ayman Safadi described the Golan Heights as occupied Syrian territory and demanded that Israel withdraw its forces from the area.

Safadi’s comments came during a joint press conference with US Secretary of State Mike Pompeo, who landed in Amman earlier in the day.

“The Golan Heights are occupied Syrian territory. International law is clear on that. It has to be treated as such,” Safadi told reporters.

“Therefore, our position is that Israel needs to withdraw from that territory in the framework of a peace agreement,” he added.

#Jordan rejected the #US proposal, endorsing the #Israel/I wil, to consider the occupied Golan Heights as an Israeli territory.
Jordan said clearly to @SecPompeo that the #GolanHeights is a #Syrian territory and that #Israel should pull out immediately.

Israel captured the Golan Heights from Syria during the 1967 Middle East war. It unilaterally annexed the area in 1981, in a move that wasn’t recognized internationally.

The UN Security Council has maintained the illegality of measures taken by Israel “to impose its laws, jurisdiction and administration on the occupied Syrian Golan,” adding that “acquisition of territory by force is inadmissible under international law.”

During the press conference Pompeo essentially spoke about Iran and that the US would “redouble” its diplomatic and commercial efforts to counter Tehran’s “malign influence” in the region.

During the meeting, Bolton guaranteed the US commitment to Israel’s security in the midst of the withdrawal from Syria.

Netanyahu on his part said that the time has come for US to recognize the annexation of the Golan Heights. “The Golan Heights is tremendously important for our security,” he said.

The Israeli PM said that he hoped to helicopter to the strategic plateau on January 7th with Bolton so that “you will be able to understand perfectly why we will never leave the Golan Heights, and why it is important that all countries recognize Israel’s sovereignty over the Golan Heights.”

Earlier, in December 2018, Bolton said that the US had no plans of recognizing the Golan Heights as Israeli territory.

In September 2018, US ambassador to Israel David Friedman said that he expected the Golan Heights to remain under Israeli control “forever,” and mentioned the possibility of US official recognition of the Golan as Israeli territory.

In October 2018, Jordan announced its decision to not extend a 25-year deal that allowed Israel to use two tracts of territory along its border, as Netanyahu said Israel was planning to negotiate an extension.

“These are Jordanian lands and they will remain,” King Abdullah II said. In an “era of regional turmoil” his kingdom -sandwiched between Syria to the north, Iraq to the east and Israel to its west – Jordan wanted to protect its “national interests.”

Jordan is one of two Arab countries, the other being Egypt, that have signed a peace treaty with Israel. Despite it, MPs in Jordan have repeatedly called for an end of the agreement. Jordan officials are quite pro-Palestinian, so anti-Israeli sentiments are not surprising.

Good idea. Thou shalt not steal.

hardly so, unless the king comes clean about having been a mossad agent for 40 years after converting to judaism. I mean, i’m kidding, but not that much after all.

It’s just words. Things that have to be said in order to keep up the appearance. I don’t think Jordan, or even the Saudi’s have ever said anything different in this regard. In public that is. In private I reckon neither cares one bit.

Funny how Jordan is all lovey -dovey and so concerned for Syria..now that it has lost and is terrified the chickens have come home to roost!

Pretty brave of them. They’re sticking it to Israel. Now I wonder when the *ahem* “protests” will start…

Or the unknown -of-till-now minority group shows itself and deserves a country of its own in Jordan. You know …then we have A “duty to protect” hahah.

By the way, are you perhaps Chinese? Sorry if this comes off as a random question.

Yes. You are Right. The Baluchis are ready and waiting for the next American-led insurrection coming to a country who does not come around. Lol
No friend ,I am not Chinese and I am not offended even if I was. I just chose a Chinese-sounding name. I like it .Hahah
I am of European heritage. What about you?

I’m of an Islamic and Hispanic heritage, but I don’t really give a damn. Identity politics is one of the main problems of the world. It’s why there’s likely to be an insurrection or at least some uptake in terrorist attacks by Baluchis in Pakistan in the name of “Baluchi identity.” Enough already. To give an example, just because my ancestors were Muslim or Catholic doesn’t mean I’m either Muslim or Catholic respectively.

I’m just me. Nobody else. I try to spread information about the deep state in my humble capacity and that’s it.

Only place i know of where Hispanics and Moslems married and lived in harmony is South America. Ie Lebanese Moslems called (Turcos) with Catholic South Americans .

If you are from there Bravo. I also hate the Deep State too. Bastards!

lol Actually, I’m as American as you can get. My parents simply met in college. But thanks anyway.

I take it your interested in China and Chinese history? If so, same here.

Yes, I am and I like History in general as well.See u around.

Yeah, nice to meet you. See you around.

And how much shekels and $ did he receive for making this statement to keep the subjects quiet?

guess that came as a surprise for fatso – won’t make much of a difference but it’s important to keep on the
forefront issues of this kind lest they are forgotten!!

Wasn’t Nutsack screaming to the UN not long ago? Wanting Iran sanctioned…while Israel thumbs it’s nose at the UN for the last 37 years over the Golan Heights? This BS about Bolton going to Israel to re-assure them is funny…he went there to get his new marching orders.

You can call me Al
Reply to  zman

Oh, that did make me laugh; “nutsack”; nice one.

So, Jordan is gonna be the next country being invaded?

Wrong.
Jordan would gain al lot from US Democratic Values and if the majority of Jordanians refuse the generous US offer, the US Military will bomb them until they do OR send in ISIS. 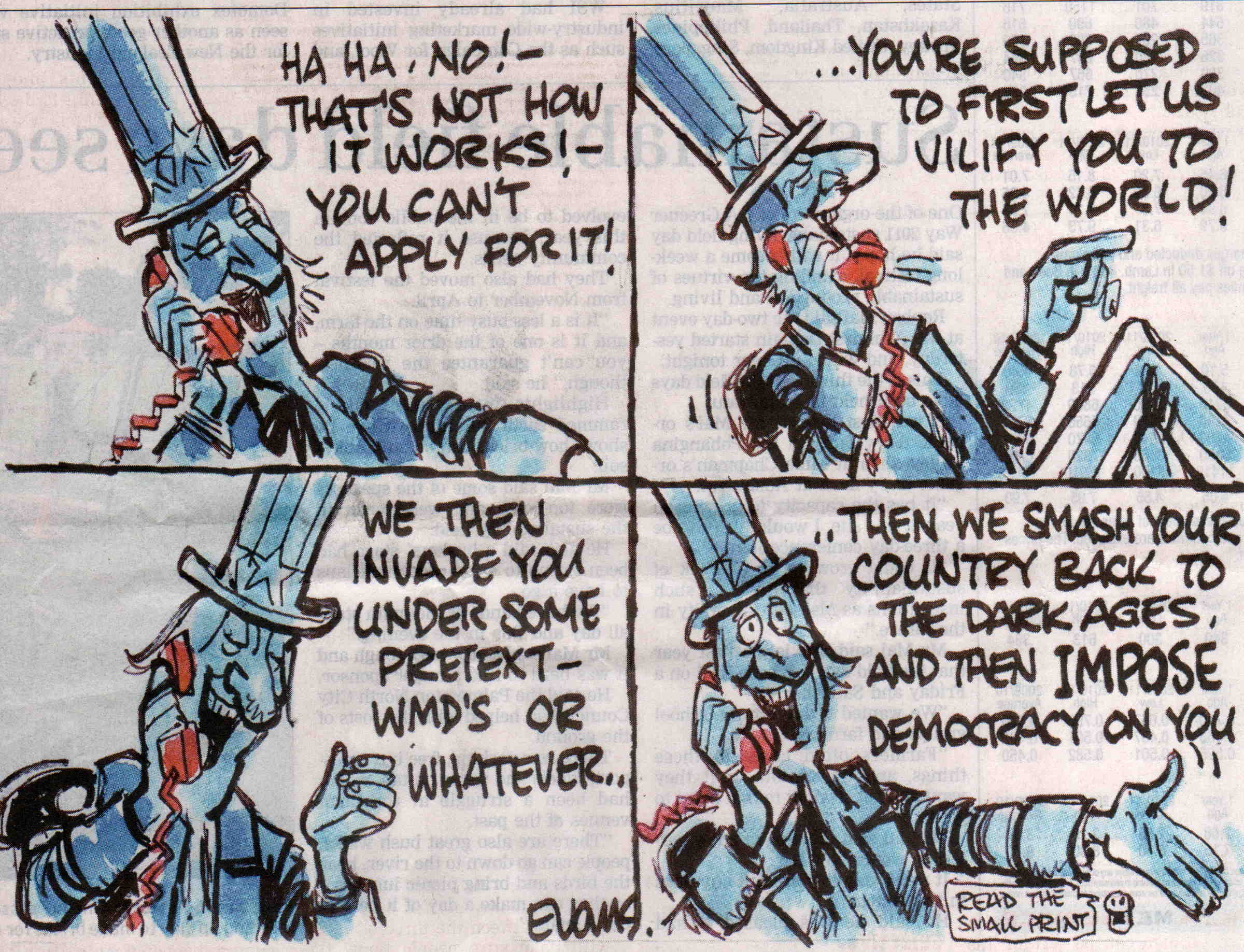 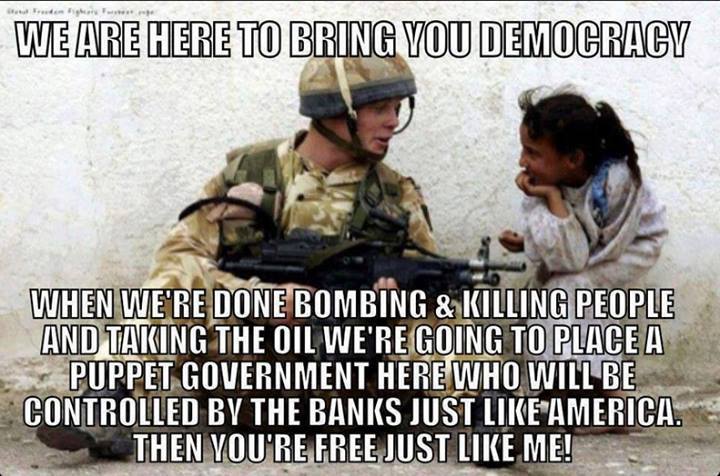 Well found Al and the disturbing thing is that ALL are a reality.

The Golan is the heart of Syria. It must be returned. But watch out for brand new insurgency problems. Hey, it happened to the Russians.

You can call me Al
Reply to  Real Anti-Racist Action

That is 2 of us that read the stormer on here. Good lad (or lass).

As for “Netanyahu on his part said that the time has come for US to recognise the annexation of the Golan Heights. “The Golan Heights is tremendously important for our security,” he said.”………….. no mention of the WATER and O&G hey ?.

God I hate you Zionist shysters.

Jordan needs protection from its people and now Syria. This is the lot of a vassal state. As a vassal of the US/Israel/Saudi Arabia, Jordan has NO legitimacy among its people and the Arab world.

Jordan, after being Israel vassals during this long Syria war, is making this statement !. This is really interesting. I just wonder what are the real intentions of this statement (just when Israel is asking USA to recognize the Golan Heights as Israel land).

After his Israeli visit Bolt-on needs some r+r. To let his skinned knees and chapped lips heal.

At least he was smart enough to stock up on preparation H.

come and get it you little bitches. until then stfu