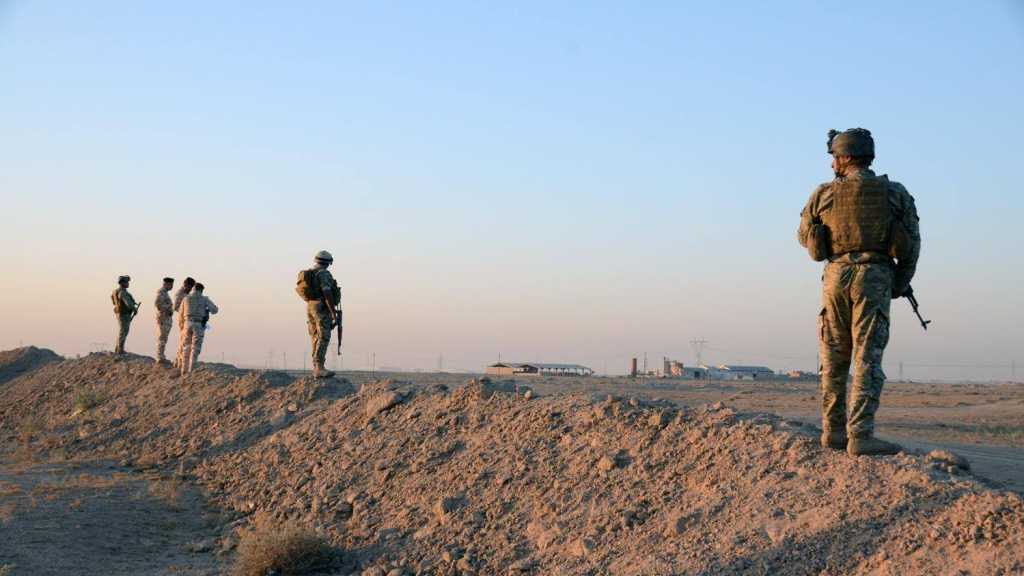 On August 2, an official of the Jordanian Armed Forces (JAF) announced that several fighters of the ISIS-affiliated Khalid ibn al-Walid Army attempted to sneak into Jordan territory through the border with the southern Syrian governorate of Daraa.

According to the official, the JAF’s 10th Border Guard Battalion clashed with Khalid ibn al-Walid Army fighters in the valley of Yarmouk on the Syrian-Jordanian border. As a result of the clashes, many terrorists were killed and the rest were forced to retreat to the Syrian side of the valley.

The official added that the Syrian Arab Army (SAA) chased the remaining fighters of Khalid ibn al-Walid Army fighters, which indicates that the two sides are coordinating against the terrorist group.

“The JAF stress that they are at the highest level of readiness to deal with any gangs or terrorist elements with force and will not allow anyone to cross the borders of the Hashemite Kingdom of Jordan,” the official said, according the Jordanian News Agency (Petra).

This is the first attack of the JAF against the Khalid ibn al-Walid Army, despite that the ISIS-affiliated group had been operating near the Jordanian border since 2016.

This is sickening! They were just refugees looking for a place to live and a better life!! I bet this will be condemned across the world and-oh wait! They were shot trying to get into a muslim country, not a western one! Move along, nothing to see here!

jorge
Reply to  The Farney Fontenoy

ISIS its a disease, and you are blaming the antibiotics. I’m going to honour you with a declaration on my national langue: vai para a puta que te pariu!

Yeah, just f’king great. Except for those last six years when you were the CIA/CENTCOM’s bitch for head-chopper staffing and supplies. Sorry, Jordan – thousands of head-choppers YOU sent have managed to flood back in, and they’re unemployed, well-armed and looking for a Hashemite regime to change. How’s that Israeli gas pipeline to your power plants going?

Regarding the fleeing head-choppers: I was going to add a snarky comment about Khalid al-Walid sneaking back in to Jordan, but – at least for the ISIS faction – they were mostly locals from that corner of Syria. Any foreign ISIS (and western Intel ‘assets’) that made their way to the edge of the Yarmouk Valley probably ran away (or got helicopter rides) weeks ago. I’m guessing the local ISIS would have made a stand and are either hiding in a basement somewhere (with a fresh shave), are prisoners of the SAA or are buried in the desert by now. Any ISIS stragglers in southwest Syria are also being hunted down by 700,000K pissed-off Druze, so they have that to worry about, too.

Sorry, Pave. but you don’t the proportion of foreigners/locals of this hunting preys.

Sorry, jorge, but I don’t care so much about their origins or differing desires to stay or flee. Any of them still alive are targets, no matter where they scurried off to.

Jordan you got three Options for every Headchopper that is Trying to Cross your Borders: 1. Kill Every Headchopper 2. Adopt these Prodical Sons of Bitches 3. Send them to Germany & Sweden

Even their old employers from the US Coalition of Terror have ‘fired’ their ISIS staff. I am sure there is a Libtarded law that will allow the ex ISIS employees to claim compensation in an ‘Employment Tribunal’ as none of the pre redundancy rules have been adhered to Merijn :)

LOL, but, interesting to see if they do take their ‘masters’ to court. Now that would be seriously entertaining. John McCain, Linsey Graham, Clinton, Boris, May, Maccron etc, etc, presented for the prosecution team, to explain there role in Syria, plus, why they denied their state sponsored terrorists, employment rights.

don’t kill this animal arrest all of theam if thy agree to surround Show Some Humanity Show theam we are not like You we are diferrant and kindhart ppl..

Has begun the cry for DAESH… I’m stunned with such wonderful humanity, curious that this it’s your first comment, what means that before there wasn’t yours public reaction to nothing. Extraordinary! Amasing!

Pubic Reaction is our new on site comedian!

Better late than never,,WTF was this JAF keystone cops doing for the last 7 years??R&R?

“Better late than never”; yes, if it is true and they were not airlifted out !!.

People were calling me out on a fallcy when I said groups like ISIS and HTS have no allies whatsoever except themselves. Ppl were saying all sorts of stuff due ignorance of the currnet world policy.

Jordan Is killing them but they have been doing this all along and arresting them and especially their locals were disappearing into thin air and the same goes to Saudi Arabia because they are even viewed more negative there and targeted with killings and arrested.

There is not a single nation on this earth that is not officially not in war with them. They can’t land on any given airport worldwide except being arrest and in some countries excutioned. This is reality ladies and gents.

There have been no alligance between them and anyone else whatsoever. They are entirely off the grid and independent from the UN countries

Wrong, my classic Mountains (of the upside down), it’s classic in History to convert ancient allies or tools (the Romans call them clients) in hunting prey.

Mountains of Rubbish. Wrong, it’s a standard corporate correction by the management – quite literally ‘firing’ their employees who failed at their job brief.

An employer that have been killing your forces and arresting others out of suspecion for the last 2-decades. I have never heard about that before

Eat shit fuckers. You made your terrorist bed you can all die.

Incredible, Jordania is lefting its own children (terrorists) to die. Wonderful offering to Helohim.

They have served there purpose, now, those who lost the war, have no use for those with ‘loose lips’. No doubt, many more will be taken out, by there sponsors.