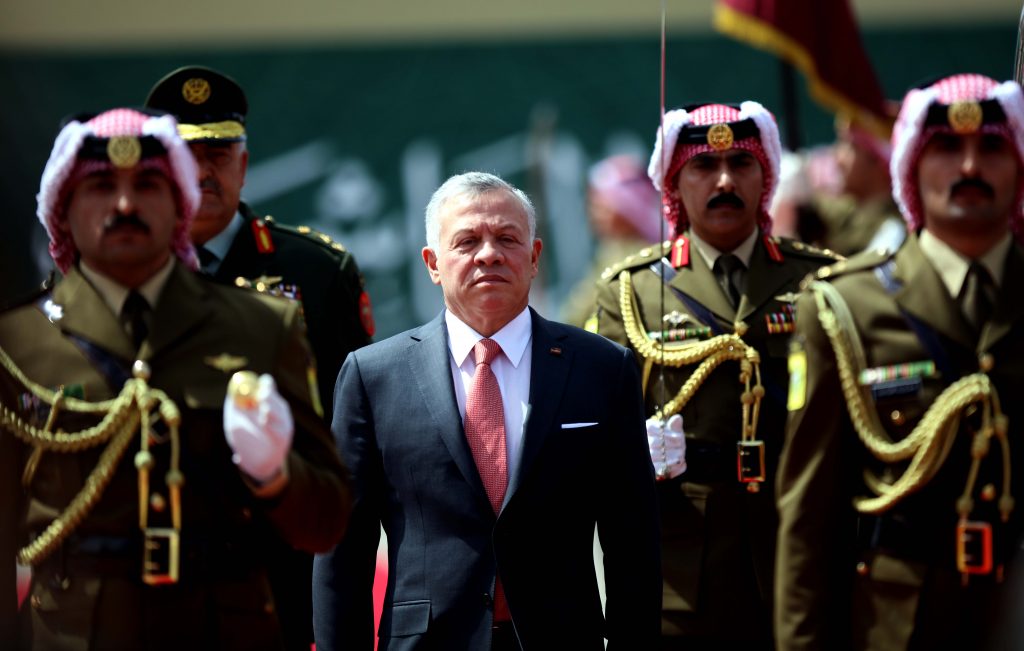 AMMAN, May 25, 2019 (Xinhua) — Jordan’s King Abdullah II (C) reviews the Royal Guard of Honor during the ceremony of the 73rd anniversary of the Independence of Jordan in Amman, Jordan, May 25, 2019. (Xinhua/Mohammad Abu Ghosh/IANS)

Former Crown Prince Hamzah bin Hussein has papered over a rare public dispute in the ruling Jordanian family in a move that is unlikely to resolve long-standing fissures in society and among the country’s elite and that echo multiple Middle Eastern fault lines.

Differences over socio-economic policies, governance, and last year’s normalization of relations between Israel, the United Arab Emirates and three other Arab states as well as leadership of the Muslim world were laid glaringly bare by a security crackdown that targeted not only Prince Hamzah, a popular, modest, and pious 41-year-old half-brother of King Abdullah, but also seemingly unrelated others perceived by the monarch as a threat.

Reading tea leaves, the perceived threats may be twofold albeit unrelated: Prince Hamzah’s association with powerful conservative tribes who over the last decade have demanded an end to corruption and prominent figures with close ties to Saudi Arabia.

The kingdom, home to Islam’s two holiest cities, Mecca and Medina, has been quietly manoeuvring to force Jordan, the administrator of the faith’s third holiest site, Al-Haram ash-Sharif or Temple Mount in Jerusalem, to share its role. A say in Jerusalem would significantly boost the kingdom’s claim to leadership of the Muslim world. 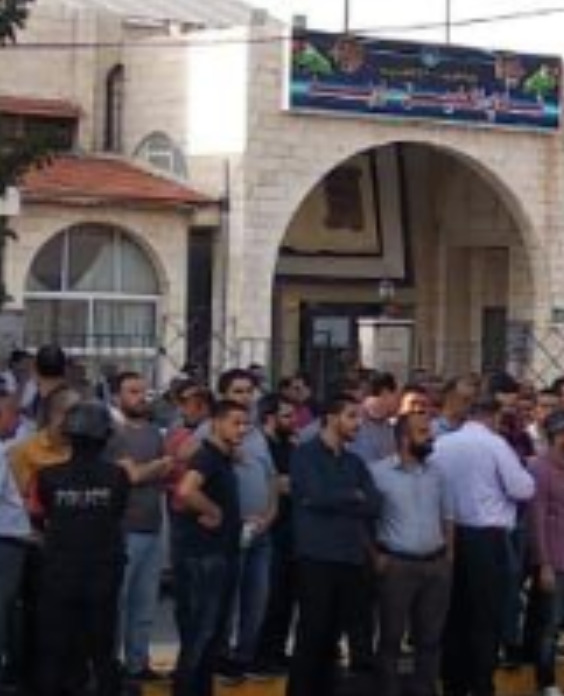 There is little evidence that the two forces were working together despite government assertions that it had intercepted communications between the two in the days prior to this weekend’s crackdown that prompted Prince Hamzah to speak out.

Prince Hamzah’s statement focused on domestic issues, suggesting that the government may have been most immediately concerned that he was fuelling further protests particularly on the eve of Jordan’s April 11 centenary. The concern may have created the opportunity to address perceived less imminent threats.

The crackdown led to the arrest of among others two prominent leaders of the Al-Majali tribe and political clan, long a pillar of Hashemite rule, and Bassem Awadallah, a former top aide to King Abdullah, finance minister and envoy to Saudi Arabia, who is also an advisor to Saudi Crown Prince Mohammed bin Salman. Mr. Awadallah is a dual Jordanian-Saudi citizen.

The Washington Post reported that Saudi Foreign Minister Faisal bin Farhan had requested during a visit to Amman on Tuesday that Mr. Awadallah be released and allowed to travel to the kingdom with his delegation.

Privately, many Jordanians fear that Saudi Arabia could support efforts to resolve the Israeli-Palestinian conflict by turning the kingdom into a Palestinian state that would incorporate those parts of the occupied West Bank that would not be annexed by Israel.

Saudi Arabia has so far refused to establish diplomatic relations with Israel as long as the Palestinian issue has not been resolved. Mr. Bin Farhan reiterated the kingdom’s position earlier this month but also told CNN that relations with Israel would be “extremely helpful” and bring “tremendous benefits.”

Relations between Saudi Arabia and Jordan, hard hit by the pandemic and home to one of the world’s largest Syrian refugee contingents, were strained by King Abdullah’s refusal to embrace former US President Donald J. Trump’s Deal of the Century Israeli-Palestinian peace plan.

Saudi Arabia this weekend, like other Middle Eastern countries, was quick to express support for King Abdullah.

Prince Hamzah and Mr. Awadallah were not known to be close. Tribal leaders rejected Mr. Awadallah’s privatization of telecommunications, potash and phosphate companies during his tenure as finance minister as primarily benefitting the country’s allegedly corrupt elite and foreign companies.

Prince Hamzah, in an agreement mediated by the former crown prince’s uncle, Prince Hassan bin Talal, and several other princes, pledged allegiance to King Abdullah days after releasing two clips in which he denounced corruption and poor governance that had allegedly prevailed for much of the monarch’s rule. King Abdullah acceded to the throne in 1999.

The agreement takes the immediate sting out of the rare public airing of differences within the ruling family but fails to tackle grievances of the tribes and other segments of the population.

Prince Hamzah’s declaration of fealty may be less of a concession than it would appear at first glance. The former crown prince is not believed to aspire to succeeding King Abdullah.

Moreover, protests going back to the time of the 2011 popular Arab revolts and continuing more recently with the tribal-backed Hirak protest movement, have consistently stopped short of demanding regime change.

Tribal leaders went perhaps furthest when in 2011 they issued a statement asserting corruption among members of Kuwait-born Queen Rania’s Palestinian family and demanded that King Abdullah divorce his wife.

In the government’s statement on Sunday, Foreign Minister Ayman Safadi studiously avoided speaking of an attempted coup, asserting instead that the former crown prince and others had targeted “the country’s security and stability.”

Said a tribal activist: “Our issue is not the king or the family. Nobody is asking for regime change. That does not mean that our leaders have a blank check. They have to introduce real change and accommodate popular demands for transparency and accountable governance.”

Dr. James M. Dorsey is an award-winning journalist and a senior fellow at Nanyang Technological University’s S. Rajaratnam School of International Studies in Singapore and the National University of Singapore’s Middle East Institute as well as an Honorary Senior Non-Resident Fellow at Eye on ISIS.

A rather important piece of information is missing in the article. An Israeli born Sayan, named Roy Shaposhnik offered Hamza bin Hussein a plane for escape of him and his family from Jordan.

Shapiroshnik is the owner of a security consulting company “Global Mission Support Services” or GMSS. Anybody with the slightest knowledge of how Israeli intel works, knows that a Sayan wouldn’t do such thing without explicit order from his Katsa (A Sayan is not officially a member of Mossad, She or he is just a Jew anywhere in the world who helps Mossad, Aman and their Sayeret Metkal (Israel military intelligence, not the capital of Jordan) in their missions by providing any asset or service in their disposal. A few number of Sayans in an area are handled by a Katsa, an official member of Mossad who may work as a low ranking member of the embassy or consulate, someone whose work title demands his relations with local businesses, like a shopping the necessities, food, furniture and so on).

Oh, and this Roy guy is close to Hamza (working with one of his companies, the Olive Group) and also is a friend of Eric Prince. Gasp!

as I’ve said over and over again, there are no innocent jews, they are all complicit in the crimes perpetrated by the jews in palestine. a jew in diaspora who transfers money to israel is part of the criminality perpetrated by the jews in palestine and anti-semitism is a consequence of the criminality by the jewish race and as such they will have to endure the consequences of their eon-long criminality of murder, thievery, ethnic cleansing of the palestinian people, operation of concentration camp.,or death camp Gaza and all the murders and theivery committed on a daily basis by the jews in the illegally occupied palestine.