The Aleppo Artillery Base is the 3rd biggest military base of the Syrian government forces located in Aleppo. It lays on the way of the jihadists’ offensive in southern Aleppo and prevents them from breaking the siege from the eastern part of the city that is under control of jihadi factions. 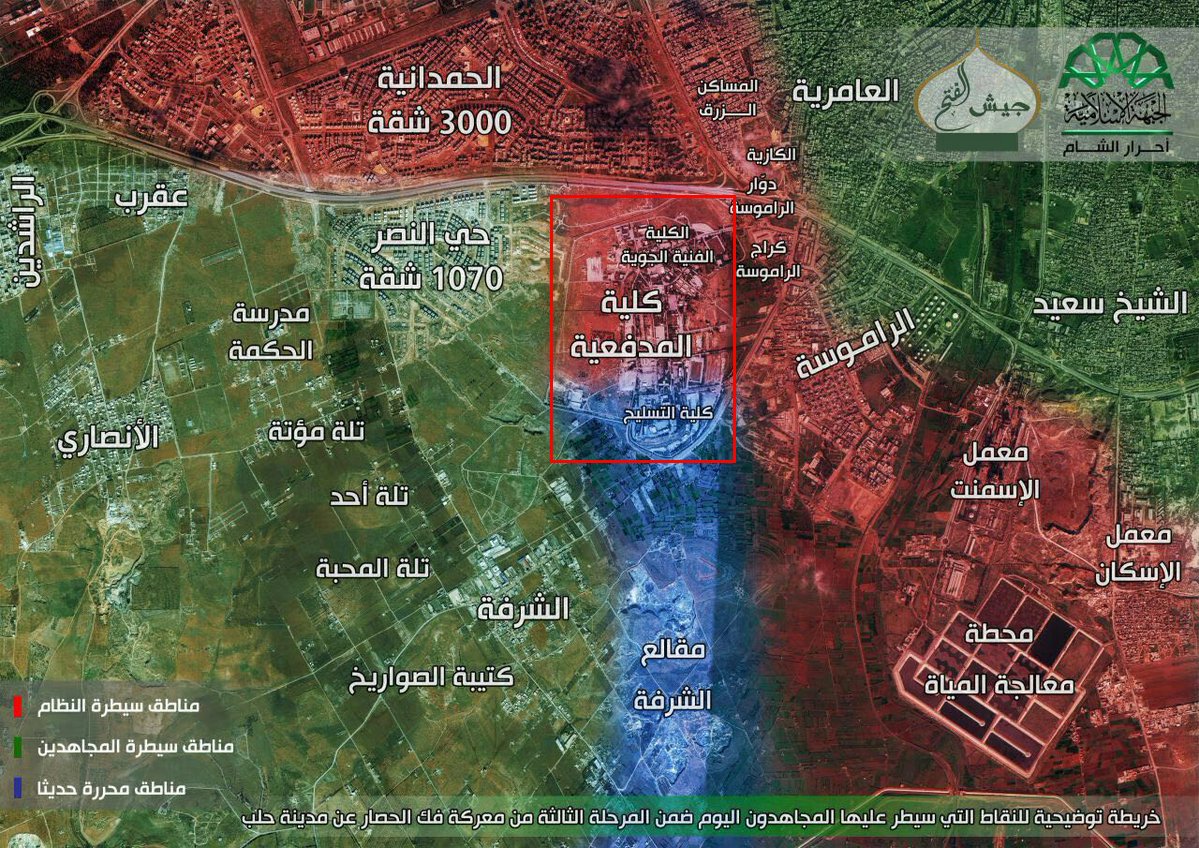 So they are on the verge of breaking the siege?

Not on Putin’s watch

Despite the huge advantage of air power, equipments, logistic , SAA is losing this critical battle. I guess Rebels’ will to fight prevail. That is the most important factor to win the war.

Yeah they fight for their 72 virgins…. btw jihadists have unlimited supplies of (foreign) men and (foreign) weapons. SAA literally don’t have any reserves left. Huge advantage my azz.