Democratic congressman John Lewis said that he does not see Donald Trump as a legitimate president on NBC’s ‘Meet the Press’. Speaking at the NBC’s ‘Meet the Press’ political talk show, Democratic congressman John Lewis said that he does not consider US President-elect Donald Trump a legitimate president due to a Russian “conspiracy” to help him win invalidated the result.

“I think the Russians participated in helping get this man elected,” he added. “And they helped destroy the candidacy of Hillary Clinton. I don’t plan to attend inauguration. It will be the first one that I miss since I’ve been in the Congress. You cannot be at home with something that you feel that is wrong.”

“I think there was a conspiracy on the part of the Russians and others to help him get elected,” Lewis said. “That’s not right. That’s not fair. That’s not the open democratic process.”

“That’s going to send a big message to a lot of people in this country, that you don’t believe he’s a legitimate president,” TV host of the show Chuck Todd remarked.

According to the US intelligence community, Russia meddled in the election in order to undermine faith in the US democratic process, although there is no evidence of tampering with votes. Nevertheless, since Trump won, Democrats have worked to undermine the legitimacy of his election. Some of them even have openly questioned the result or stated that that Moscow’s meddling changed the result.

Might I also add that refusing to acknowledge election results is what politicians in 3rd world countries do. That’s why they decent into chaos and civil war so often. Not pleased with the election result? Mobilize your supporters and throw your country into anarchy.

It’s a tradition going back to schism between Rome and Constantinople. Pope can’t be wrong, therefore it’s eastern christians’ fault. Alternatives are not tolerated, since there can’t be alternatives to absolute good.

Nicely put. A 1000 year old schism and they still can’t get over it

Well, both “sides” have gone a long way since then and both american and “russian” elites have little to do with original participants, but conflict persists.

This must be the root of all this anti Russian RACISM and hysteria I have noticed in the US/EU elites. Between 1917 and 1991 the excuse was the real and possibly existential threat with Russia being the lead power in the Soviet Union and the Warsaw Pact, with an ideological competition around the world.
Now what is the excuse?
Oh, yes, The western supremacists have not forgiven them for mixing their blood with the “Mongols” from the East.
Can’t have that, can we?
That is why the Russians cannot ever be truly “European”, unless they submit to every diktat of the “superior and civilised” west the way Yeltsin did.
A truly retarded way of thinking.

>Now what is the excuse?
They can’t actually declare it, but western intellectuals are rapidly losing competition with their “evil twin”. That’s why russian specialists dominate in image/voice/pattern recognition and big data analysis. My cousin worked at search lingustics for russian office of Google since he was third year student. Now he develops payment systems, another field where russian mind prevails. But all this is relatively trivial. West is losing superiority in fundamental knowledge, while russian enthusiasts are moving closer and closer to finally cracking secrets of human genius with a budget of supermarket. I would be quite mad at losing with such humiliation.

“Russophobia isn’t racism”. It is a mutant variation of RACISM where one feels even more frightened because the persons looks familiar but has mutant genes, aka “mongol contamination”. The west of Russia maybe full of “European looking” people but Siberia and the far east are full of the “wrong” racial stock. The “superior” west Europeans never know the full background of the Russians they meet.
The Nazis were full of this “untermensh” stuff.
Do you really thinking they were an isolated case? They must have reflected the baser instincts of those like Churchill and British establishment.
As a golden-bronze British Indian grown up in London I can smell racism a mile off, and the US/EU elites sure do stink of anti-Russian RACISM right now.

Oh? I thought you were an armenian =D

>looks familiar but has mutant genes, aka “mongol contamination”
Haha, if it was just mongol. Our ancestors didn’t care much about ethnicity of pretty girls and brave fighters if they accepted christian rule. I myself have polish and italian heritage, while extended family members inhabit distant corners from Crimea to mongolian border.

>Do you really thinking they were an isolated case? They must have
reflected the baser instincts of those like Churchill and British
establishment.
It actually started with Norman Conquest. I’m familiar with british chauvinism.

Sorry! My “Armenian” avatar is designed to trap the name callers:
“Putinbot, Krembot, Kremtroll” gang.
The mixing of human genes actually strengthens the human race, but racial purists disagree. Mongrel dogs are the healthiest while the pedigree ones are full of genetic diseases.
The British are a mongrel race, especially my own London. The old racial divides are declining. This city must have the greatest concentrations of mixed-race couples and their kids on Earth.
London is now truly a World City, unlike the pretend melting pots of the US/EU cities.
I am so delighted that a “Putin puppet” has been elected POTUS. I think I will watch CNN live coverage of US election night again.
It is even better than West Ham and India winning!
What is wrong with me???

I don’t really care about benefits and downsides of genealogy, [being christian and all, but agree on positive effects of mixed blood. We russians focus more on language (perception of world) and “social software”, allowing those who would be otherwise considered “mediocre” to achieve incredible results. Reminds me about an accident with russian inventor who found a way to grow black diamonds, that were extremely rare before that.

I have been fascinated with Russia since 1976, when I took a 6 weeks course to learn Russian in London. Then I took to learn WW2 history from the Russian side a few years ago and loved the new perspective from the series “Soviet Storm”.
I hope to visit the WW2 sites in St Petersburg, Moscow, Volgograd, Kursk and Crimea.
Those were the places where the incredible sacrifice of Russian and other Soviet peoples saved humanity from the Nazi tide.
Now Russia is the key to a multi-polar world and the liberation of the genius of all mankind so that we can meet the challenges on Earth and reach for the stars.

I already mentioned in comments recently, that “reching for the stars”
(cosmism and God-building) while being positive and humane is
strategically dangerous as demonstrated by surge in neo-manicheic and
parascientific-esoteric activities here in Russia. WWII sacrifices ARE
improtant, but overblowing their significance leads to extreme as sure
as diminishing.

Yup, Russophobia a is actually older than Russia, papal propaganda aimed at so called ‘Byzantine’ empire (*fake western name) for centuries, revived by Napoleon and even more by british press back in XIXc. Tsars, commies or Putin, doesn’t matter – the eye of Sauron is always in the east.

You missed teutonic crusade against fellow christians in the Baltic.

>the eye of Sauron is always in the east.
Gumilev called it “The mongolian black legend”, though before mongolians there were Attila with his hunns, and before that “europeans” themself were invaders.

If this is truly how he feels, he should step down as a congressman and prove it. 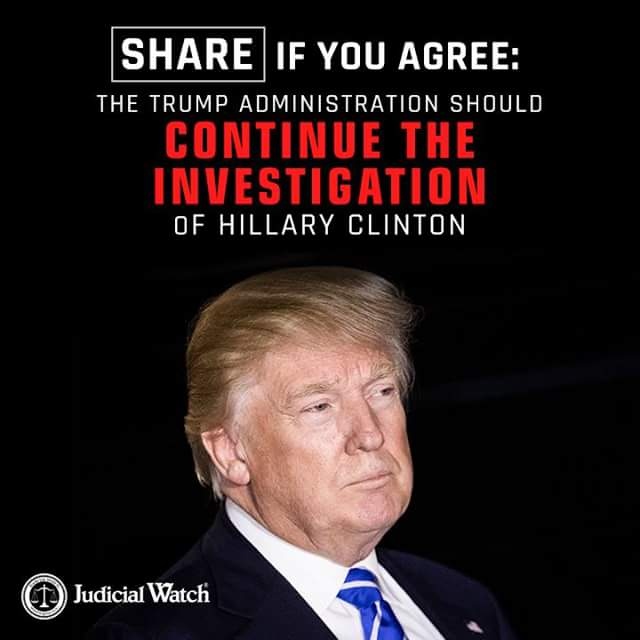 Yeah, it would rejuvinate their politics a lot and victims wouldn’t be as numerous compared to scenario of Perestroika-style catastrophy.

I think that the civil war in America is only a matter of time. 5% americans has everything to which 95% are barely liveing by. Or they have to work two jobs to survive.

Just listen to “sour grapes”, from a Khazarian Satanic Babylonian Zionist Talmudic Mafia Stool Pigeon, who answers to the name of John Lewis – Consider the following :
1. The USA Corp., has intervened at 65 times, in at least 50 countries, and altered, changes, overturned, killed, maimed, and destroyed 10s of millions of innocent people in the process over the years : [ BUT, in accordance to this Stool Pigeon, “John Lewis” – it appears to be “OK”, “it is “business as usual”.
2. The Khazarian Satanic Babylonian Zionist Talmudic Mafia, has been “decapitated”, and The Republic of The United States of America, with President Trump, and the Great Vladimir Vladimirovich Putin, President of Mother Russia, and The Hero President Assad, and the Great Leaders of Persia, and the Hero Syrian Army, and the Hero Army of Hezbollah “cut the throat and jugular of the zionist beast”, and Mother Planet Dimitra – otherwise known as Mother Planet Earth is better, much better for it.
3. Stool Pigeons like this sub-human answering to the name of John Lewis, have tried, hard, to proceed and establish the satanic plan of the zionists in The Republic of The United States of America, and they have failed miserably. The Good People of The Republic of the United States of America, have awaken, have arisen, and are destroying the satanic remnants of this FAKE structure which was otherwise attempted by the stool pigeons like John Lewis.

More, and more great events, and results will be announced going forward in the near future : THESE are the “brightest days” of / for humanity globally, with the Khazarian Babylonian Satanic Talmudic Zionist Mafia Gang having been decapitated and destroyed by the White Brotherhood Alliance acting in concert and in unison globally.
ARISTOTELIS ELLINAS

I do not consider John Lewis to be a legitimate representative of those honourable people fighting for the true freedom and equality of Afro-Americans. He backed Killery Hitlery Clinton who subjugates and destroys whole nations to prove the “exceptionalism” of the US.
Sadly, he sold out his principles the moment he backed this violent exceptionalism of the US warmongers and anti Russian RACISTS.

buuut….- Who da fuck cares what ya think dawg? Clit’n’s dawg none the less!…. so chew on that million bone Soros left ya n’ shut up!

Another DNC Soros errand messenger – this one geared at black community to try and get them on board with whole mainstreaming of Trump delitigimization program. Tactics getting predictable now.