Washington admits that the diplomatic dialogue on Syrian issue has led to a dead end. 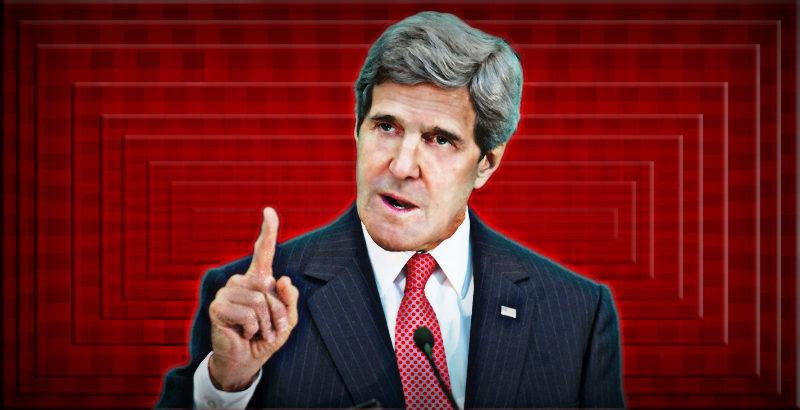 On Monday, despite the collapse of a ceasefire agreement that has led to the Syrian government offensive in order to recapture all the parts of Aleppo, besieged by the ‘moderate’ opposition, with Russian air support and Iranian help on the ground, US Secretary of State John Kerry defended the so-called “efforts” to negotiate with Russia on the Syrian war, the Reuters news agency reported on Tuesday.

Senior officials within the US administration were skeptical about the ceasefire agreement even before it had been signed. So, last week, Republican senator John McCain described the US Secretary of State as “intrepid but delusional” for putting too much faith in Russia.

However, Kerry noted that the failed ceasefire was not the cause of the fighting, and stressed that the only way to stop the war was to talk.

“The cause of what is happening is Assad and Russia wanting to pursue a military victory,” Reuters quoted Kerry’s words during a trip to Colombia. “Today there is no ceasefire and we’re not talking to them right now. And what’s happening? The place is being utterly destroyed. That’s not delusional. That’s a fact.”

After the Syrian Army declared the end of the ceasefire a week ago, it also issued a statement, calling for civilians to steer clear of rebel positions and bases in eastern Aleppo.

As Reuters noted, “the latest escalation has left US Syria policy in tatters, all but destroying any hope of a breakthrough before Obama leaves office next year.”

On Monday, Kremlin spokesman Dmitry Peskov said that Moscow saw “absolutely no prospect” for holding talks on Syrian issue. Russia accuses the US of the failure of the ceasefire, arguing that rebels were not prevented by the US from using the truce to regroup.

In this way, Washington in fact admits that the diplomatic dialogue in the format that the US was using until this moment (Russia is responsible for everything, and the US will fulfill their obligations somewhen later), has led to a dead end. However, Washington has realized this only after the Russian-Iranian-Syrian side took a decision to continue its power politics, without which the issue is not capable of being resolved.

Time for talk is over…..

Oh boy, this Kerry seem to have an average IQ of a frozen yoghurt! Well of course they are pursuing a military victory, to liberate Syria from western sponsored democracy aggression, did it take you five years to figure that one out!?

By undermining the cease fire, the US left the Syrian Alliance no choice but to pursue a military victory, well within their grasp twice before when the U.S. called for a cease fire and abused it. What’s being destroyed is the U.S. terrorist army. If the U.S. cared about whether or not Syria was damaged, they would not have engaged in.murderous regime change that killed almost half a million people. It’s the U.S. that bombs civilians and infrastructure indiscriminantly. The Syrians and the Russians are more careful.

If anyone thinks the us cares about civilian death then why does it continue its drone assassinations and participate in saudi warcrimes in Yemen? Russia should mention that because it’s something most europeans and many in the us know about but maybe haven’t compared to Syria. Victims targeted by the us drone program go as low as a 16 year old and bystanders killed include children younger than that on a fairly regular basis.