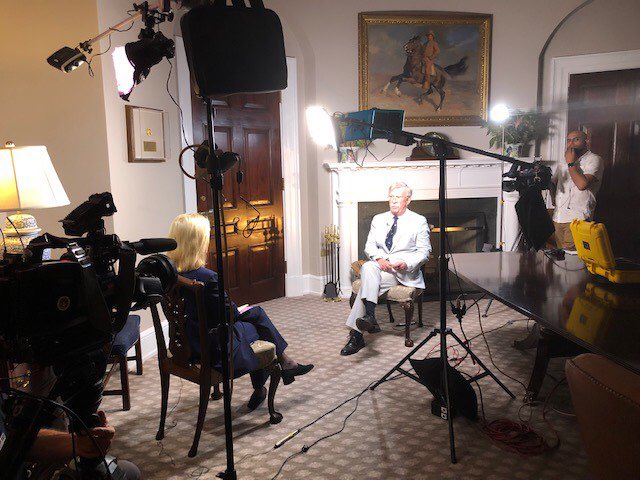 On August 14th, US National Security Adviser John Bolton alleged that Russia has “largely stolen” its hypersonic technology from the United States.

In the interview he spoke about a plethora of things he is quite vocal about – Hong Kong and China “meddling” in matters that are within its own territory, Venezuela, Russia and North Korea.

The avid war enthusiast shed some light on the recent explosion in Russia’s Arkhangelsk region that left 5 dead (with most reports saying 7, but only 5 names and photographs were provided). He said that the US knew “a lot more” but he, obviously, wasn’t about to give all of the information.

He said that the incident “demonstrates that although Russia’s economy is roughly the size of the Netherlands, it’s still spending enough on defense to not only modernize their nuclear arsenal, but to build new kinds of delivery vehicles – hypersonic glide vehicles, hypersonic cruise missiles – largely stolen from American technology.”

He further said that other countries achieving hypersonic technology was a real challenge and the US was looking into ways how to stop that.

“Dealing with this capability and the possibility that other countries would get it too remains a real challenge for the United States and its allies,” he said.

MSM speculated that the explosion was a result of a Burevestnik nuclear hypersonic ballistic missile tests, but there’s been no official confirmation.

Regardless, it is a strange thing for Bolton to say. Initially, when Putin announced the hypersonic weapons back in March 2018, experts and Western officials mocked the claims, saying that they were essentially absurd. When they started being tested, and successfully at that, the mocking actually transformed into concern, and into a sort of race to, at least partially, catch up.

Now, the most recent absurd claim is that, actually, the US had hypersonic technology “all along” and Russia simply “stole” it.

If the US had it “all along” it was so well hidden, that it turns out not even US officials, as well as MSM had any suspicion that it was there.

Pentagon officials have warned for a while that Russia and China are outpacing the U.S. in the race to build the world’s fastest planes and radar-defying missiles.

Purdue University hypersonics researchers said it was clear years ago that the U.S. was about to face a major global challenge and that their work would play a pivotal role in turning the tide. 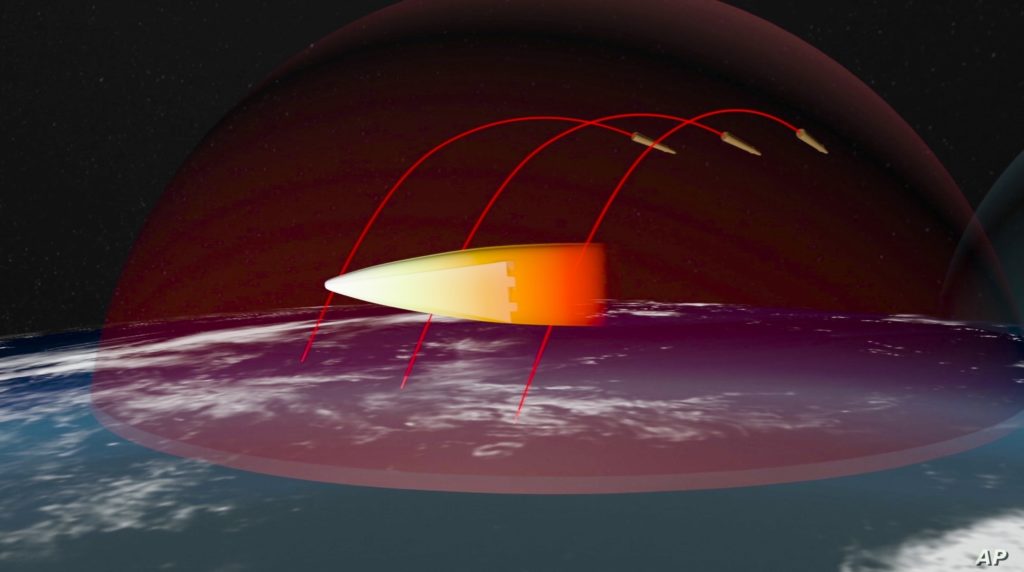 “I think a lot of us saw that coming, I would say even five, 10 years ago,” said Joseph S. Jewell, an assistant professor at Purdue’s School of Aeronautics and Astronautics.

Jewell is one member of a team working on hypersonic technology, including experiments at the Indiana school’s Boeing/AFOSR Mach-6 Quiet Tunnel, a project financed 20 years ago by Boeing and the Air Force’s office of scientific research.

But maybe it was simply all a ruse, and the US had this long-running agenda in denying and acting concerned that it’s falling behind, all the while it was making major progress in hypersonic technology.

A June 2019 report said that the US hypersonic missiles were coming, some time in 2023, maybe that too, was a ruse.

The US Army is developing the glide body as it works alongside the Air Force and Navy on the Conventional Prompt Strike program, which aims to develop a strategic hypersonic weapon that can hit any target on Earth within an hour.

“For instance, the Army is teamed with the Navy to develop a booster for the hypersonic missile and is leading a team with the Navy and Air Force to internally build a common glide body and make it producible on a larger scale,” Defense News noted.

2023 is fine, and US officials may make some absurd claims that they are ahead, but the Avangard hypersonic glide vehicle is being produced currently, and the Kinzhal is to be fielded in the Aviadarts 2019 competition.

Or it could be, and this is purely meant as a joke and speculation – the Russians invented time travel and stole hypersonic technology from the future US.

In fact, the Russian programmes in the field of hypersonic weapons could be traced back to the USSR efforts in the 1970s-1980s. The USSR actions in the field were also fueled by US desinformation regarding the so-called “Star Wars” program. The “Star Wars” appeared to be a successful global propaganda campaign that forced the USSR to contribute efforts to the development of various cul-de-sac technologies. However, in the 21th century hypersonic weapons became an important part of the global military balance. While technically Russia is around 5-years behind the US in many military spheres, it has some projects that are 5(or more) years ahead of the US ones.

Sometimes a lie should be taken as a complement.

since all the nazi german technicians died due to old age, US MIC keeps on producing shit…

Telling the truth is for losers. There are no rules. Motive – that’s the thing.

Recall that not long ago the Russians have arrested a senior missile engineer who who was passing on information to the US Embassy in Russia on the Poseidon underwater drone. US must believe that paying for espionage is not stealing.

The U.S. has weaponized self-promoted, self-serving bull shit for many years.

They are (with their Israeli ally) global leaders in it, many years in advance of just about every nation on Earth in the BS science and art.

Who cares even if they did? Didn’t the Israelis steal their nuclear tech and uranium from the US? Main protagonists were the young Messrs Netayahu and Milchan.

The problem of Bolton is that the man isn’t an absurd, he simply don’t exist. On Bolton’s case, we can say that George Berkeley was right: the man is a Plato’s cave shadow, it’s an error of our perceptions, or, in castilian, “es nada” (in portuguese we translate: p*ta que o pariu, o filho da p*ta não existe.).

He’s been proven as a liar, times and times before. Now he has aligned with three of the most compulsive liars the US Government has employed; Pompeo, Trump and Abrahams. That being said, Why should I believe a word he’s saying? These guys where bought to power to destabilize the whole balance of power across different hegemonies; to this day it’s becoming quite obvious. Venezuela, Iran, Russia, China, Turkey, North Korea, Africa, etc no sane entity would take on all of them at once unless you are looking for failure. The only one that believe this can be done are the Video Game soldiers some forums have nowadays. What we are witnessing is a rotation of power, a major hegemonic change, a shift affecting all the government spectrums and architecture, we may even witness major demographic changes.

“we may even witness major demographic changes” no doubt about it.

bolton is an over the hill POS. he’s been able to do absolutely nothing. rave on lunatic. BTW where is porky pompeo these days? has he raptured yet?