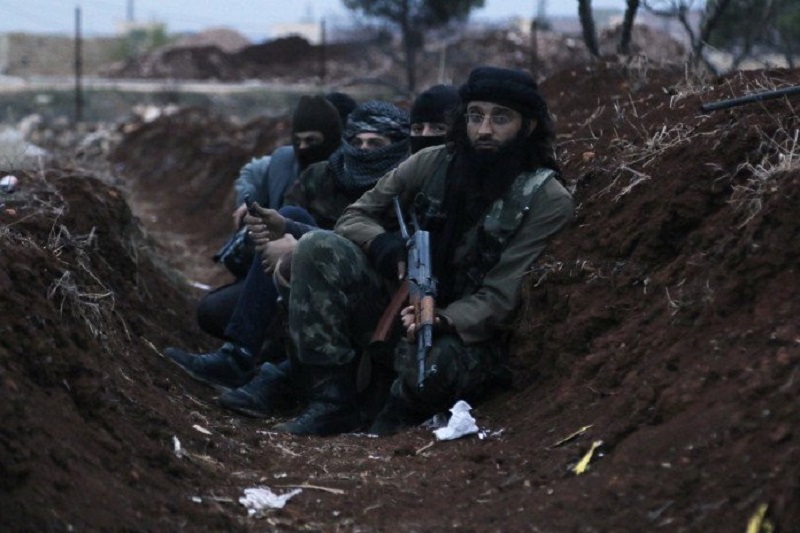 AlMasdarNews reports: Latakia, Syria (5:00 A.M.) The jihadist rebels of Jaysh Al-Fateh, led by Jabhat Al-Nusra (Syrian Al-Qaeda group) and Harakat Ahrar Al-Sham, launched a new offensive on Wednesday night to capture the Zuwayqat Mountains and its surrounding points in the northeastern countryside of the Latakia Governorate.

According to an Al-Masdar field correspondent in the Latakia Governorate, Jabhat Al-Nusra and their allies stormed Tal Zuwayqat on the Kabbani axis tonight, resulting in a fierce battle with the Syrian Arab Army’s Republican Guard forces and Marines.

Despite some claims made by Syrian opposition activists, the jihadist rebels have not captured anything in the Zuwayqat Mountains, including Point 1154.

While the battle is still ongoing at the moment, sources from the Syrian Arab Army have asserted that no ground has been lost to the jihadist rebels and that they have suffered minimal casualties.

The Syrian Arab Air Force (SAAF) is currently launching airstrikes against the jihadist rebels in order to weaken their resolve and help drive them back from the Zuwayqat Mountains.

Sources informed me today that it appears that the Turkish secret service is ramping up more support now then ever before after the failed peoples-coup against the Islamist government of Turkey. That they have more green light then ever before to act freely on the battlefields of Syria in covert operations. Now the real war in Syria begins since Russia backed the Islamist-government of Turkey. Starting now the battles will be larger, bloodier, more technical, and longer lasting. Now Islamist assassinations of important Syrian figures is going to become a whole lot more professional, now that Turkey is going to fully support ISIS on the DL through intelligence and special forces..

The savagery of the Turkish-Islamist regime propped up b Russia and Putin and the SAS is sickening. They learned how to torture and sodomize detainees from Mi6 and SAS

Yes; but don’t expect the idiots who consider Erdogan a “champion of democracy who defeated a military coup” and “part of Russia’s Big Eurasian Axis” to accept these basic facts.

Agreeing with you this time completely.