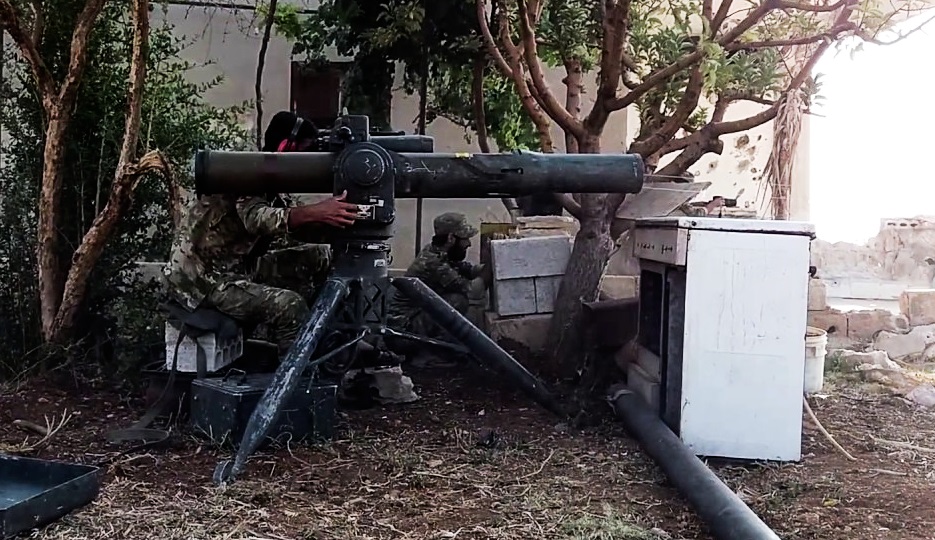 On November 20. Jaysh al-Izza claimed that it had killed a number of Russian service members who were operating near Kafar Roma in the southern countryside of Syria’s Idlib.

“After observing and monitoring regime forces, the Anti-Armour Regiment targeted a group of Russian personnel who were trying to build fortifications on the axis separating opposition and regime areas,” Ismail said, adding that the entire group was “killed.”

In a brief statement, Jaysh al-Izza said the attack was a response to the continued strikes by the regime and Russia on “civilians” in Greater Idlib.

Jaysh al-Izza, which lost most of its equipment and fighters in the last two years, has been trying to make a comeback for the last few months. The group is receiving support from its ally, the al-Qaeda-affiliated Hay’at Tahrir al-Sham that’s ruling over Greater Idlib.

Earlier this month, the group took a serious hit when a guided missile strike by the Syrian Arab Army killed and injured eight of its militants.

The claims of killing Russian service members are most likely a propaganda stunt by Jaysh al-Izza to amass support from local and possibly foreign backers. Up until 2017, the al-Qaeda-allied faction was backed by the U.S.

Thank you America/CIA. For giving these Islamic Terrorists Tow missiles!!!

Shouldn’t it be reich instead of reicht?

Not in his confused , drug addled mind.

I’ll Await confirmation from official russian military as we know always reveal the loss of their brave: Until then there is no future in fascism,nor fake news not the lgbtq,nor incest spawned cia asswholes!

Like Kursk sub disaster when they refused foreign help until it was too late for the poor sailors.

Thanks for the tip never knew there were subs out there in the desert,damn those Russians they sure do work miracles no wonder the West is so afraid of them, and run to the crapper every time they hear of them.!!!!

Thanks for your not so butthurt reply.

i would rather die than accept “help” from zionazis

Sure the corrupt Russian government asked the sailors families and they said let them die.

I don’t know if its true or not,but it wouldn’t surprise me after the SAA being held back in Idlib and a stupid ceasefire being in place allowing the turks and terrorists to get stronger in Idlib

If they didn’t recover any body, how do they know that it was a russian soldier? The only way to know it’s if Russia confirms its death.

paolinks
Reply to  He who laughs last laughs best

Propaganda. This is the only thing they have. Do you remember when they published some images of russian equipment, saying that they had killed a spetsnaz soldier? Yet no body was shown ( as they normally love to do ).

There are no moderate rebels,never have been,even if they don’t behead people they are allied with those who do,its like saying in WW2 the SS were the extremists and the Wehrmacht were the moderates its a joke.

You know it, I know it, and Assad knows it, but Russia doesn’t know it yet, they’re the ones who call these terrorists asswipes moderate opposition forces and keep insisting they’re included in a political settlement. So if you want things to change you have to do what I do, criticise Russia for calling them moderate opposition forces. Your comment hasn’t quite done that, you’ve just agreed with me and said they’re really terrorists, but you haven’t criticised Russia for calling them moderate opposition and including them in the political settlement. That’s what you should be doing, telling the Russians they’re making a big mistake, and say it on SF forums where the Russians will see what you say, and maybe even reconsider their illogical stance. There are real moderate opposition groups in Syria believe it or not, and Asad already has working agreements with many of them, but the people Russia designate to be moderate opposition most definitely aren’t moderate at all, AND ASSAD HAS NEVER DONE A DEAL WITH ANY OF THEM, NEVER, NOT ONCE.

Yes you are correct,only reason i can think of is Russia is playing a very smart game with a good outcome,i am willing to admit i could be wrong,way i see it anyone who took up arms against the state is not moderate.

Probably fake, wait a few days for an official Russian reaction. Usually they acknowledge loses. Most likely they’re just trying to gain some street cred back after getting hammered recently.