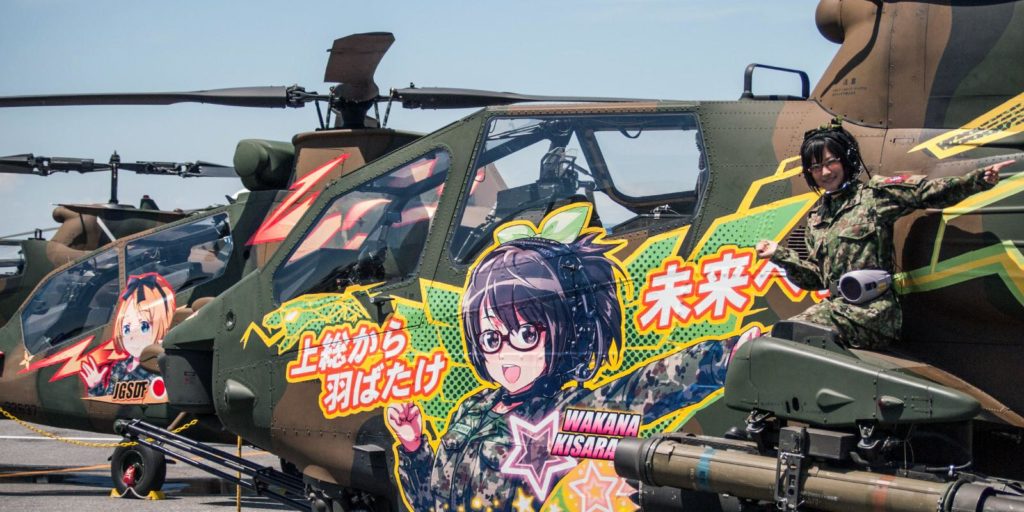 The development of military production based on modern technology is an indispensable condition for ensuring the military power of the state. In addition, it contributes to the efficiency of the national industry as a whole.

According to Japan’s National Security Strategy, first developed in December 2013, national military production and technology must be developed and improved in order to maintain the nation’s defence capabilities in the face of limited natural resources.

The country’s defence industry is currently a collection of high-technology enterprises integrated into a system of industrial cooperation. It has a complete industrial structure, with the exception of the nuclear industry, and produces armaments and military equipment (AME) of all major types: rocket and space, aviation armoured vehicles and naval equipment, artillery and small arms, radio-electronic equipment and various munitions. There are about 100 enterprises in the country directly attributed to the defence industry.

The characteristic features of the country’s military industry at the present stage are as follows:

Japan’s largest military-industrial companies include: Mitsubishi Junkogyo, Kawasaki Junkogyo, Ishakawaijima Harima Junkogyo, Mitsubishi Denki, Nippon Denki, Toshiba and Subaru. They are present in most sectors of the country’s defence industry. The production of weapons and military equipment by these companies accounts for about 3% of the total output.

The company is currently fulfilling a Ministry of Defence order to supply the troops with type 16 MBTs, type 10 tanks and well as type 99 155 mm AAATs.

Aircraft of various classes produced by the company have formed the backbone of Japanese military aviation since the Second World War. Its subsidiaries manufacture, maintain, upgrade and repair F-2, F-4EJ, F-15J fighters, LR-1 reconnaissance aircraft, T-400 military transport aircraft, UH-60J, SH-60K and SH-60J multirole helicopters and fuselage modules for XR-1 and XC-2 aircraft. Komako Minami Kogyo also carries out large-scale assembly of the fifth-generation F-35A fighters, as well as producing individual wing, fuselage, tail and landing gear components. The plant is certified as a maintenance and repair centre for this type of aircraft.

The Nagoya Production Centre produces TS-1 turboshaft engines for the ON-1 attack helicopter and transmission components for the UH-60J, SH-60K and SH-60J multirole helicopters.

Mitsubishi Junkogyo is also one of the leading manufacturers in the military shipbuilding industry. For example, the Kobe plant specialises in the production of the Soryu, Harishio and Oyashio diesel submarines for the national navy. The Nagasaki plant produces the Akizuki and Asahi destroyers equipped with the Aegis Multifunctional Weapons Control System (MLCS), while the Shimonoseki plant produces the Hayabusa missile launchers.

Kawasaki Junkogyo is considered the second largest manufacturer of military products and has facilities in the country’s aviation, shipbuilding and missile and space industries. Its plants currently have the capacity to manufacture engines and aircraft components: C-1 and C-2 military transport aircraft; P-1, P-2V7 and OR-3S patrol aircraft; T-4 trainer aircraft; OH-1 helicopters, MSN-101, SH-60J, CH-101 and SH-60K multi-purpose helicopters, transport and landing helicopters CH-47J/JA as well as engines for them.

The company is also involved in the US-2 amphibious aircraft and F2A/B fighter aircraft production and modernisation programme.

Kawasaki Jukogyo produces Soryu diesel-electric submarines for the national navy at its Kobe shipyard. It also refurbishes the Oyashio and Harishio submarines.

In addition, the firm’s Kakamigahara facility has the capability to produce 01, 79, 87 and 96 types of ATMGs.

Ishikawajima Harima Jukogyo is a major manufacturer of Japanese aircraft engines (about 70%), including for the Ministry of Defence. The aircraft industry in Mizuho assembles and repairs aircraft and helicopter engines for various applications, such as:

Subaru produces various types of aircraft and helicopters, including those for the military. In February 2019, the firm handed over to the national armed forces for testing a new helicopter based on the multi-purpose Subaru-Bell 412ERX in collaboration with Bell Helicopter under the UH-X programme.

The Shinmeiwa Kogyo factory in Kobe produces the US-1A/-2 amphibious aircraft for the navy, while the company’s Tokushima aircraft factory produces the U-36A and U-4 multi-purpose aircraft as well as aircraft fuselage modules.

Japan Marine United is one of the leading companies in the shipbuilding industry. It has extensive experience in the production of ships and vessels of various classes for the Ministry of Defence: training, auxiliary, research, transport, icebreakers, minelayers, minesweepers, destroyers and helicopter destroyers. Its Yokohama plant, for example, is building the Isumo and Shirane helicopter destroyers, Congo destroyers, Aegis destroyers, amphibious assault ships and various naval support vessels. The Maizuru shipyard has facilities for the production of destroyers, frigates, minesweepers, icebreakers, amphibious helicopter ship-docks, research ships and transport ships.

The construction of destroyers, frigates, transport vessels and auxiliary vessels for military purposes has been established at the Mitsui Zosen plant in Tamano. 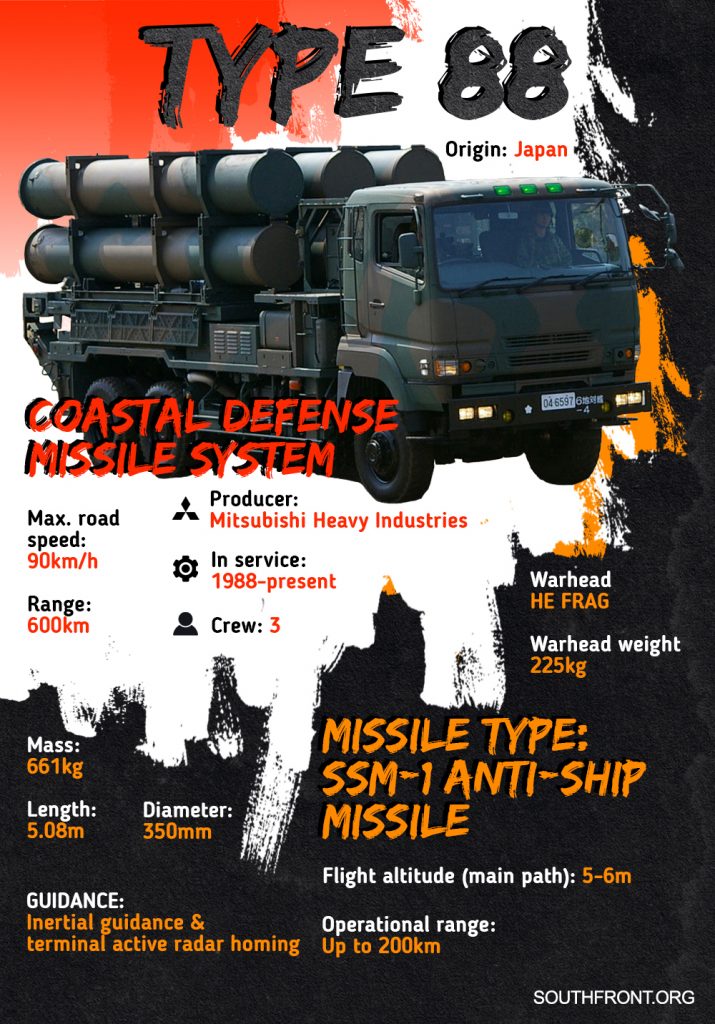 The company is also involved in the manufacture of radio-electronic products, such as:

Nippon Denki is a major manufacturer of radio-electronic products and has its own R&D and technology centres to carry out full-cycle operations. Its enterprises build radars, radios and other switching equipment, as well as opto-electronic devices:

Toshiba is one of the leading companies in the military electronics industry. Its facilities produce radios, radars and command and control centres:

Hitachi Seisakusho’s facilities in Tsuchiura and Hitachi have the capacity to build various engineering machines as well: 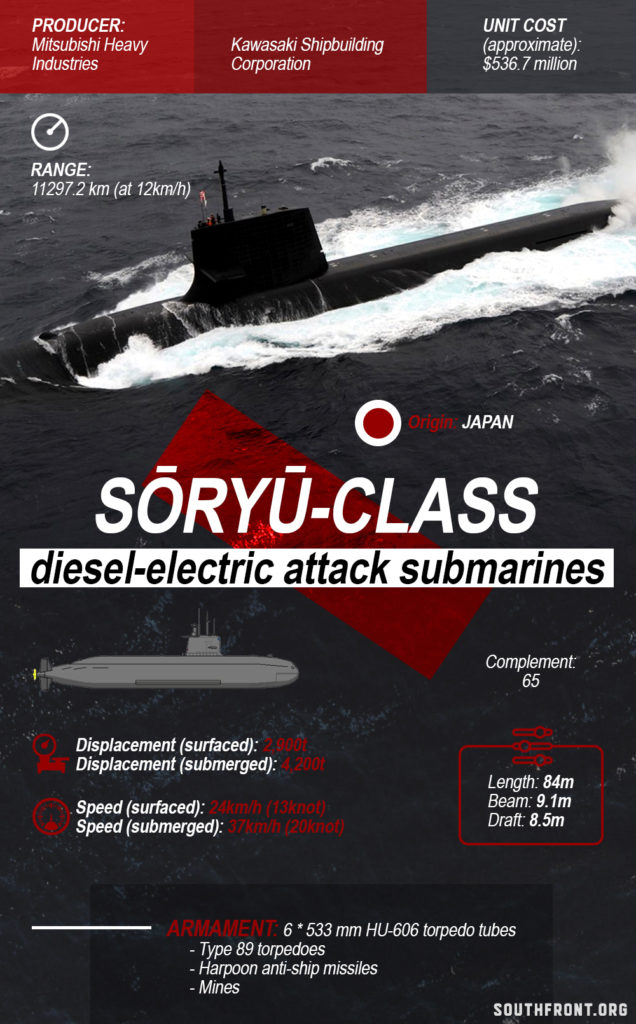 In terms of the level of development of the scientific, technical and production base, one of the leading branches of the military industry is the shipbuilding industry. It has the capacity to produce all major types of surface ships (except aircraft carriers) and non-nuclear submarines, as well as support vessels for the national armed forces. Most defence shipyards can manufacture, repair and modernise ships and vessels.

The aviation industry, the improvement of which is given considerable attention by the state, is largely capable of meeting the needs of the national armed forces for modern aviation equipment, providing modernisation, repair and maintenance. At present, however, it remains dependent on foreign technology and components.

Japan’s missile and space industries are capable of meeting the needs of the national armed forces for a wide range of rocket weapons and, if necessary, can produce operational-tactical missiles (high-precision missiles with a range of up to 500 km) within a short period of time.

Japan’s insular location and predominantly mountainous terrain mean that armoured vehicles are limited in use throughout the country. However, a well-developed science and technology base allows the industry to be independent of foreign companies in the production of modern armoured vehicles for the national armed forces.

Japan’s artillery and small arms industry as a whole meets the needs of its armed forces with the industry’s products. At the same time, there is close military-industrial cooperation with leading foreign companies.

The radio-electronic industry has the capacity to produce a wide range of military products in sufficient quantities to supply the national armed forces.

The priority areas of Japan’s military and economic policy are preserving the further development of the scientific and technological base for manufacturing advanced weapons and military equipment in order to avoid lagging behind the world’s leading manufacturers, and also to improve the quality of the end product while cutting costs. In addition, the use of civilian sector achievements is being stepped up.

Japan’s existing military-industrial base makes it possible to meet the needs of the national armed forces for a wide range of modern types of weapons and military equipment by 80-90% and accounts for the high production potential of the mobilisation-deployed military industry.

However, there is still considerable dependence on imports of a number of weapons and military equipment and their components, primarily from the USA.

Hey!!!! We have the most sophisticated technology, just don’t want to bother with fights anymore.

japan is pathetic at best

Main use of the Japanese today is to provide comfort boys for American sailors.

Even the military is into itasha. Only in Japan!!!