In 2016, Japan has accepted only 28 refugees despite the fact that the country got 10,901 asylum applications. 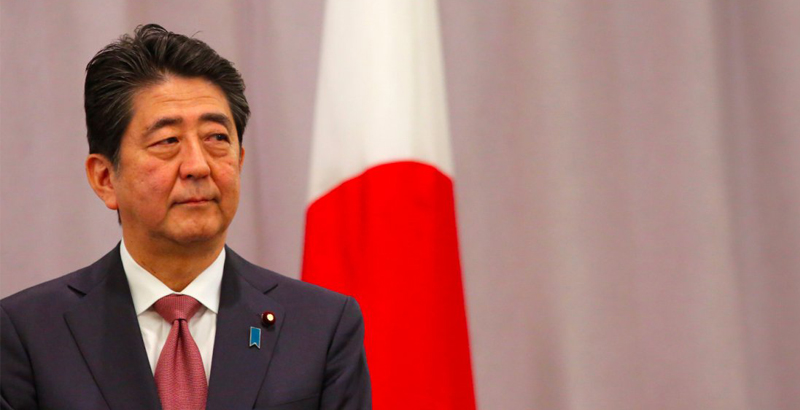 Japan is still considered to be one of the most unwelcoming states for refugees – in 2016, only 28 refugees got asylum in the country, while in 2015, their number was 27 people, the Reuters news agency reported, citing a government document that should be released on Friday.

The news agency noted that in total, in 2016, there were 10,901 asylum applications that are 44 percent more than in 2015 and about 10 times as many as in 2010. The most part of the applications came from the Philippines, Indonesia and Nepal. According to Reuters, there were three Eritreans, four Ethiopians and seven Afghans among asylum seekers, who were allowed to settle in Japan in 2016. Other 97 people got residence permits on humanitarian grounds, without obtaining a refugee designation.

Last week, Japanese Prime Minister Shinzo Abe refused to condemn the ban of US President Donald Trump on arrival of people from seven countries with predominantly Muslim population, and called it a “domestic matter.” Meanwhile, the Japanese opposition is concerned by Trump’s decree, which is “far from human rights, freedom, equality and human values.” The opposition tried to convince the country’s Prime Minister to express criticism towards the new US migrantion policy, but failed to do this.

Earlier, Abe said that Japan should put the welfare of its own citizens in a priority.

This month, the Japanese Justice Ministry announced that it is going to allow local officials to implement decisions without having to refer to the Justice Ministry. At the same time, the ministry noted that the most part of applications is coming from economic migrants, who want to take advantage of job opportunities. However, they do not fulfill Japan’s strict criteria to be considered as victims of political persecution.

Starting from this year, 20 Syrian students will be accepted by Japan per year during five years. Each of them will have an opportunity to bring their family and stay to live in the country after finishing their studies. It is expected that the total number of Syrian newcomers will reach 300 people by 2021. During the next three years, Japan also plans to pay $2.8 billion as financial aid to tackle the refugee crisis. In addition, the country provided $165 million to the UN Refugee Commission (UNHCR) in the past year, more than any other individual state.

Japan doesn’t even take the japanese descendent population we have here on Brazil, when they go there are treated as inferior, there is no country more xenophobic in this world.

It’s THEIR country and they have a right to say who comes into THEIR country. I’m in Australia and one of the biggest growth areas in crime is fraud perpetrated by Indians.

Of course, what I’ve said is they have no moral grounds to criticize Trump over his foreign policy. Also, WTF indians have to do with japanese descendent… brazilian-japanese comunity remained completely loyal to their roots, if more they are even more japanese than the ones in japan as they hadn’t north american culture shoved down their throats… Hey, but japan belong to the japanese living there, no question about it, just don’t forget to tell this to the muricans invaders.

Oh boohoo, why should Japan have to demographically destroy itself like the west has been doing? Take as little as you like Japan, no country should become a dumping-ground for the 3rd world’s excess population.

Japan is kind of overpopulated for its territory anyways. The wealthy Islamic countries should be taking the refugees/migrants in.

The Japanese are smart unlike the idiots in the West. Generally peaceful society with low levels of crime.

Very peaceful when not genociding chinese, koreans and ainu. Also not smart enough to accept russian help with Fukushima.