Japan fought three wars with Russia in the 20th Century. It won one in 1905, and lost two. It was Russia that drove the Japanese Army from China, in a short, sharp campaign. The Japanese haven’t forgotten that. Russia has won respect. The Chinese, by contrast, are still regarded as inferior.

…being a radical right-wing rōnin is tantamount both to being ignored by the populace and monitored by the authorities. It therefore stands to reason that they cannot hope to improve their living standards very much. Their life is of necessity as frugal and simple as that of the rōnin depicted in stories. They might therefore imagine that they are entitled to practice criminal extortion in order to earn a living.

They typically spend a lot of time practicing martial arts. While they were once very anti-Soviet, that does not mean they are actually anti-Russian. Rather, they are anti-communist.

To some extent, the Uyoku attitude is mirrored in the general population.

Recently, when Joe Biden called Vladimir “a killer” and “soulless”, that kind of language from a sitting president with the nuclear keys could only have repulsed and perhaps frightened the Japanese. Even the Yakuza do not use insults in this way, regarding such epithets as a sign of weakness.

It is true that Pew Research sees a low level of approval by the Japanese of Russia—just 25%.

Of course, Pew is financed by the American Mainstream Media, and is loath to contradict the opinion of the people who pay for the BMWs of their management.  Pews poll on “international” opinion of Russia and Putin, for example, mostly cherry picks countries whose information is controlled by the Western media: it is in no sense representative of world opinion.

Looking at Pew’s statistics for Japan carefully one sees a generational gap, which explains the contradictions, with regard to Putin’s clear popularity here.

Younger Japanese have a much higher regard for Russia and Putin – over 54%– compared to older people, who still think of Russia as the USSR and pay more attention to the Japanese mainstream media, which depends on American “narratives”.

21st century Japanese, however, are less interested in international politics than they are in the newest pop idols and fashions—and Russian figure skaters.

Still, one must keep in mind the millions of dollars that the CIA has poured into Japan to inoculate the Japanese against the evils of Soviet “socialism” and to control Japanese politics, undermining opposition parties with infiltration and dirty tricks.

As the US declines and falls further into the morass of its own special kind of fascism, alternative democratic models threaten the Party Line. Nowadays, the message is the “evil of Russian ‘fascism’”. Putin as the new Hitler, as Hillary Clinton referred to him.

Modern Russia’s own form of multi-party, pluralistic democracy is in most respects more “democratic” than that of the USA—at least in the respect that Russians don’t take their democracy or institutions for granted.

In America, what the system encourages is what Sheldon Wholen calls “civic demobilization: “conditioning an electorate to being aroused for a brief spell, controlling its attention span, and then encouraging distraction or apathy”.

Putin, himself, now caricatured as a KGB assassin was a lawyer and a believer in civic engagement within the rule of law — domestically – and internationally.  He is less of a politician than he is a stateman, unlike Joe Biden, a man of principle—and the antithesis of a fascist, the system that the former USSR sacrificed over 20 million people When Biden called him a “soulless killer, he responded …

With regard to my US colleague’s remark, we have, indeed, as he said, met in person. What would I tell him? I would say “stay healthy.” I wish him good health. I am saying this without irony or tongue in cheek. This is my first point.

Secondly, taking a broader approach to this matter, I would like to say that difficult, dramatic, and bloody events abound in the history of every nation and every state. But when we evaluate other people, or even other states and nations, we are always facing a mirror, we always see ourselves in the reflection, because we project our inner selves onto the other person.

You know, I remember when we were children and played in the yard, we had arguments occasionally and we used to say: whatever you call me is what you are called yourself. This is no coincidence or just a kids’ saying or joke. It has a very deep psychological undercurrent. We always see ourselves in another person and think that he or she is just like us, and evaluate the other person’s actions based on our own outlook on life.

This is the kind of response that Japanese can respect—or could if their media quoted Putin accurately. It’s called honor by some, good manners by others. It is also intelligent and accurate. And it is in the samurai tradition. But the Japanese media, relies on Western media agencies. His wishing Biden “good health” and his invitation to have a public discussion with Biden are pretty much the only things that they hear. Even so, his response is generally regarded as …well…Japanese.

Putin’s approach is all about leverage—something that the Japanese appreciate. But Putin does not just smile and bow.  His other comments, which went unreported by the Mainsteam Media show a clear understanding of realpolitik:   Italics below are mine:

After all, the colonisation of the American continent by the Europeans went hand-in-hand with the extermination of the local people, the genocide, as they say today, outright genocide of the Indian tribes followed by a very tough, long and difficult period of slavery, a very cruel period. All of that has been part of life in America throughout the history of the United States to this day. Otherwise, where would the Black Lives Matter movement come from? To this day, African Americans face injustice and even extermination.

The ruling class of the United States tends to address domestic and foreign policy issues based on these assumptions. After all, the United States is the only country to have used nuclear weapons, mind you, against a non-nuclear state – Japan, in Hiroshima and Nagasaki at the end of WW II. There was absolutely no military need for the bombing. It was nothing but the extermination of civilians. I am bringing this up, because I know that the United States and its leaders are determined to maintain certain relations with us, but on matters that are of interest to the United States and on its terms.

Even though they believe we are just like them, we are different. We have a different genetic, cultural and moral code. But we know how to uphold our interests. We will work with the United States, but in the areas that we are interested in and on terms that we believe are beneficial to us. They will have to reckon with it despite their attempts to stop our development, despite the sanctions and insults. They will have to reckon with this.

Yes, there will be a reckoning.  What goes ‘round, comes round.

The Japanese have become slaves of those who have bombed them nuclearly, in the same way as the Germans who had to submit to Dresden killers, like Italians these countries are still occupied militarily by the Atlantiques, they should not hate the Russians but their true enemies, wich living like parasites in their national territories.

The Japanese slaves are training in secret. https://www.youtube.com/watch?v=HPvM6s9D9T8

The president of Chad in Africa who has been killing ISIS terrorists was killed after an invitation to the battlefront. Now CIA can flood Chad with ISIS that way they can head into Nigeria from Chad and Niger.

The Tanzanian President who has been rebuilding his African country was poisoned and killed. All hands point at the Central Intelligence Agency. Seems the CIA wants Africa’s resources all over again especially Nigeria’s oil

The problem is one does not need Dollars to buy petroleum anymore and fracking is too expensive and destructive to the environment. Hence Africa is now getting a resurgence of Terrorism the calling card of the CIA!

They will loose there also. CN is making huge inroads using the trillions of $$ it has in its accounts and warehouses. The ussa is paying for CN’s rise in Africa.

Japan won none,who has the land,see the russians took it all back in merit unlike hitting on the other after a peace treaty in 05,before on the sly sneaking up on them like the cowards todays!
fascist fkhed! 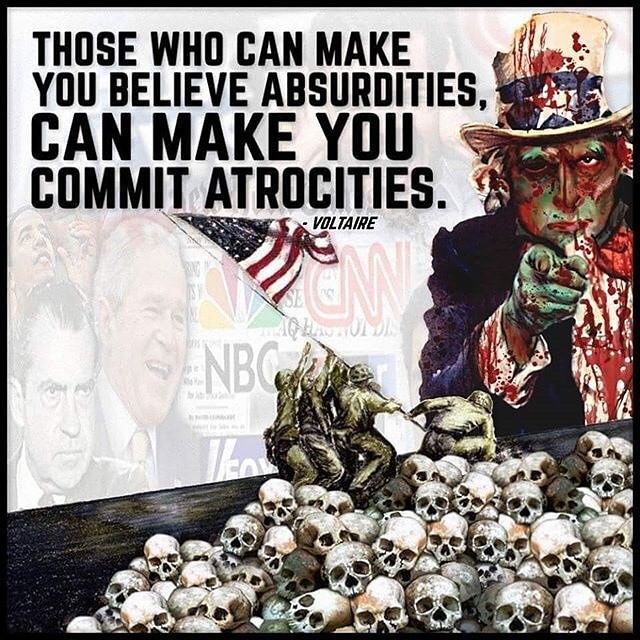