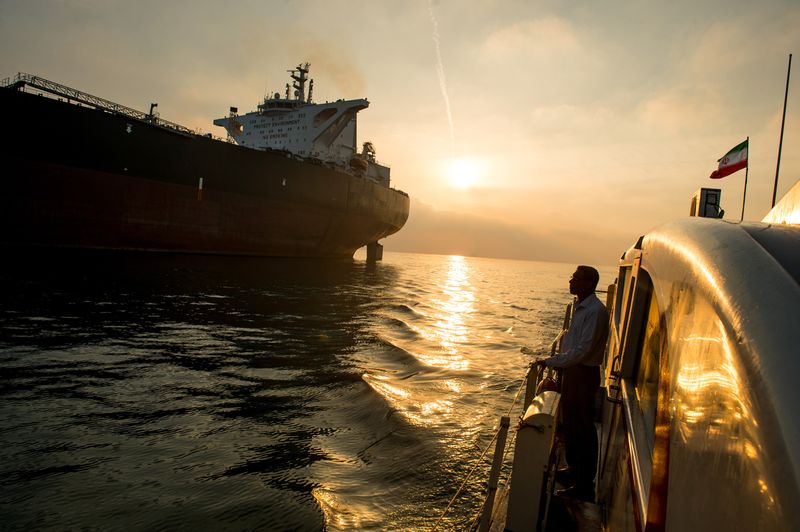 Japan’s major oil companies are preparing to halt the crude oil import from Iran in October because Tokyo fears that the US can sanction countries importing Iranian oil, AFP reported on August 3, citing Jiji Press agency.

“We’ve been saying we will observe a government decision [on Iranian oil imports], but we can’t comment further as we don’t disclose information on individual trades,” a spokeswoman for wholesaler Showa Shell Sekiyu told AFP.

Japan is allegedly seeking to get a waiver that would allow it to continue importing Iranian oil. According to Japanese Trade Minister Hiroshige Seko, his country has been negotiating on this issue with the US since August. Nonetheless, it’s unlikely that the US will ease its stance on Iran and its oil export.

Puppet government anyone? Do they actually need United States of Trump’s permission? Does Japan’s Emperor know about this or Abe hides all this from him.

as
Reply to  Normal Person

There’s this picture where Abe stood behind Trump sitting in a chair where Merkel slammed the desk and glaring at Trump ? I think that picture is the best depiction.

Where is it ?, please send link.

Oh yes, I remember that now. Thanks.

The Japanese government has no dignity because it is made in Washington and is US slave that is why they cannot hurt US regimes.

Sovereignty is a terrible thing to lose. I suggest the Japanese don servants robes to please their masters and end the disguise.

Is incredible the decadence and weakness of Japanese people anf goverment. Shame.

You stupid slant eyed idiots. The Yanks say jump and you jump, the Yanks said nuke you and you were nuked; you should be ashamed of yourselves and I hope that the next tornado eliminates you. Pathetic.

Thanks for the advise + links. Cheers.

This action by the Japanese leaders shows that are still a lapdog, subservient slave to their US masters. The over 39,000 US military personnel stationed there are to ensure that this occupation continues. I am sure that there are many compliant leaders who benefit from this: US military spending in the country, a false sense of Uncle Stupid protecting them from an imaginary threat from China and access to the latest military hardware. The US and Japan are two self-serving, sneaky idiots in this alliance. Japan is using the US as their protector (at huge expense to the US taxpayer and borrowed money) and the US is ensuring that Japan never attacks the US ever again. I wonder if the geniuses at the US State department and Pentagon remember the following dates from yesteryear:

February 8, 1904: The Japanese Navy attacks Russian Navy ships in Port Arthur, China to start the Russo-Japanese War. September 18, 1931: Japanese agents blow up a section of the railroad in northern China and blame it on China so they can invade and occupy Manchuria. July 7, 1937: Japan begins all-out war near Peking as a result of one of its soldiers going missing during a night time exercise. December 7, 1941: The Japanese Navy attacks the US Navy Pacific base at Pearl Harbor, Hawaii.

Probably not. Most people in the US would have the blank stare of an ignorant idiot like a rat looking into the eyes of a cobra or start giggling. Would any country in their sober, right mind trust the Japanese? As with the relation with Germany the US is there to keep the Russians (in this case the Chinese) out and the respective countries down and subservient.

Nipponese cowards…. what can be expected from an enslaved cuck nation?

Once upon a time, Japan was a rising economy, very similar to China today. The USA told Japan to revalue its currency, so it could no longer compete with the USA, Japan being a colony of the USA agreed.(Plaza accord). President Donald Duck recently tried the same thing with China, but China being a free nation told the US @#$% off.

Japan will do whatever the USA tells it to do, they are really still a feudal society, and so will obey their Shogun.

Could the Trilateral Commission, and other participants in the “vile entanglement of Leftism and Global Deep State”, be involved in this Japanese decision to suspend the imports of the oil of Persia?