Japan formed a credible, ready force to conduct amphibious operations and defend its sphere of interests in the region from what it desscribes as a Chinese expansion.

On April 7, Japanese news agency Kyodo News reported that the Japanese Self-Defense Forces’ first amphibious fighting unit had became fully operational to defend the southwest islands in the face of China’s growing maritime assertiveness. During the ceremony held at the Ground Self-Defense Force (GSDF) Camp Ainoura in Sasebo, Japanese troops made a demonstration exercise of skills.

“The Amphibious Rapid Deployment Brigade will show to the international society our firm resolve to defend our islands,” the Minister of Defense Itsunori Onodera said.

The brigade is deployed in Sasebo and was “activated” on March 27. The pultan formed in 2012 gave the base to the amphibian brigade. The new amphibious operations unit is expected to grow into a 3,000-member force, using V-22 Osprey tilt-rotor aircraft and amphibious assault vehicles for storming beaches, Kyodo News said.  The USA has actively supported the creation of this amphibian formation. Each regiment includes a command company and three pultans. One rota is for the armored fighting vehicle (AFV) landing AAV7A1, second is for the air landing, third is for the landing from motor boats. The brigade it armed with 30 AFV AAV7A1 (in plans to buy 52-54 items), Japanese armed car LAV, 120mm and 81mm mortars and antitank missile systems. In addition, US convertiplanes Bell Boeing V-22B Osprey are expected to buy.

The move to create the amphibious brigade concerns China’s expanding military activities at the sea and in the air, especially over the Japanese-controlled Senkaku island and the growing tension in the East China Sea and the South China Sea. China Coast Guard vessels have frequently entered Japanese waters around the Senkaku.

“I believe the presence of the amphibious forces will work quite well against countries with any intention to make advances toward our territory,” Koichi Isobe, a retired lieutenant general of the Japan Ground Self-Defense Force (GSDF), said, pointing that the “deterrence effect” is likely to be strengthen through the collaboration between the Japanese and U.S. Marines.

Moreover, China is considered to be one of the few real ally of North Korea. Thus, the North Korean missile program, which results in repeated missile launches in the directino of Japan, remains a focus of tension in the region. 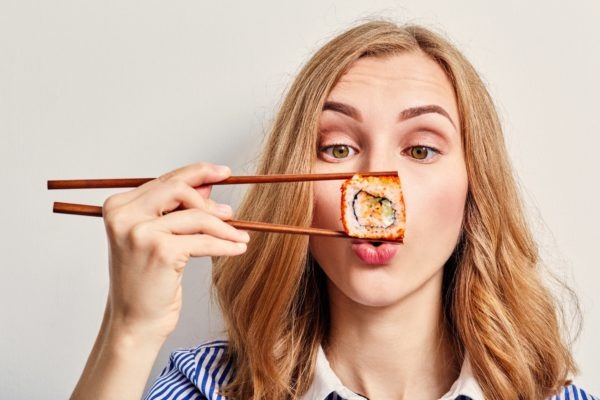 Mr. Putin, this is the new daily amount of food for russians??

No the daily one for the neurones of the west !

That’d be a waste of money eh

Oh oh, they are expecting to buy V-22B Osprey’s. That will mean inevitable crashes, and the Brigade’s greatest losses will be result of losing teams in aviation accidents.

I’m sure the South Koreans and Taiwanese will love this. They have fond memories of the last time Japan visited their shores, not to mention share disputed territories with them as well.

You can never step twice in the same river. /Heracleitos from Ephesos/

You can if you are Russia. Because as we all know all that Putin wants is to restore the former USSR. That’s what everybody keeps saying. So it must be true.

Barba Papa, i like you. Therefore i ask you, why do you believe so much in russia? really, it interests me. i will acceptr everything what you write, but i simply wonder.

That is a good question. Why do I believe in Russia? Because I’ve noticed discrepancies in the way that Russia gets portrayed and in the way that it actually behaves. Western politicians like to paint their foreign enemies as crazy and always 5 seconds away from starting a war or using WMD’s. They have been doing that with the USSR, Noriega, Saddam, Bosnian Serbs, Serbia, Saddam again, Khadaffi, the Kims, Assad and of course Putin. But when you study what actually happened in most of the cases these guys weren’t crazy, or out of control. And you realize that the one country that behaves like the rogue state that it points its enemies to be is the US and its Western allies.

Russia is not perfect. Putin is not perfect. I don’t think the sun shines out of Putin’s ass. I think he did not handle the Ukraine crisis in 2014 that well, nor was the annexation of the Crimea that smart. I also think he covered up whoever shot down MH-17. But overall he’s not doing anything different that the US and its allies are not doing themselves. And people who live in glass houses shouldn’t be throwing rocks. The one thing that I think that Putin has over the West, and for which I do admire him, and which I desperately hope is true, is that he has a vision and a strategy. Other then smash things and leave a bigger mess then before, as is America’s MO. Considering that Russia’s economy is the size of France and what he has managed to achieve I get the impression that Putin is a chess player. Yeah, he started at a terrible disadvantage, but got a long way because at least he seems to think ahead what moves he is going to make. And that is something I have not been able to find in Western politicians, who seem to have their eyes only on their opinion polls and cater to whatever hysteria emerges from social media.

I reckon that is the best answer I can come up with. It’s a sort of the enemy of my enemy is my friend. Or at least I hope.

Japan will (and must) rise again!

yeah, rise right under the boot of china. China will crush these western lapdogs