In the ‘Cleveland Cavaliers’ Hall, the billionaire enters as a rowdy cavalry-man and not as a cavalier. 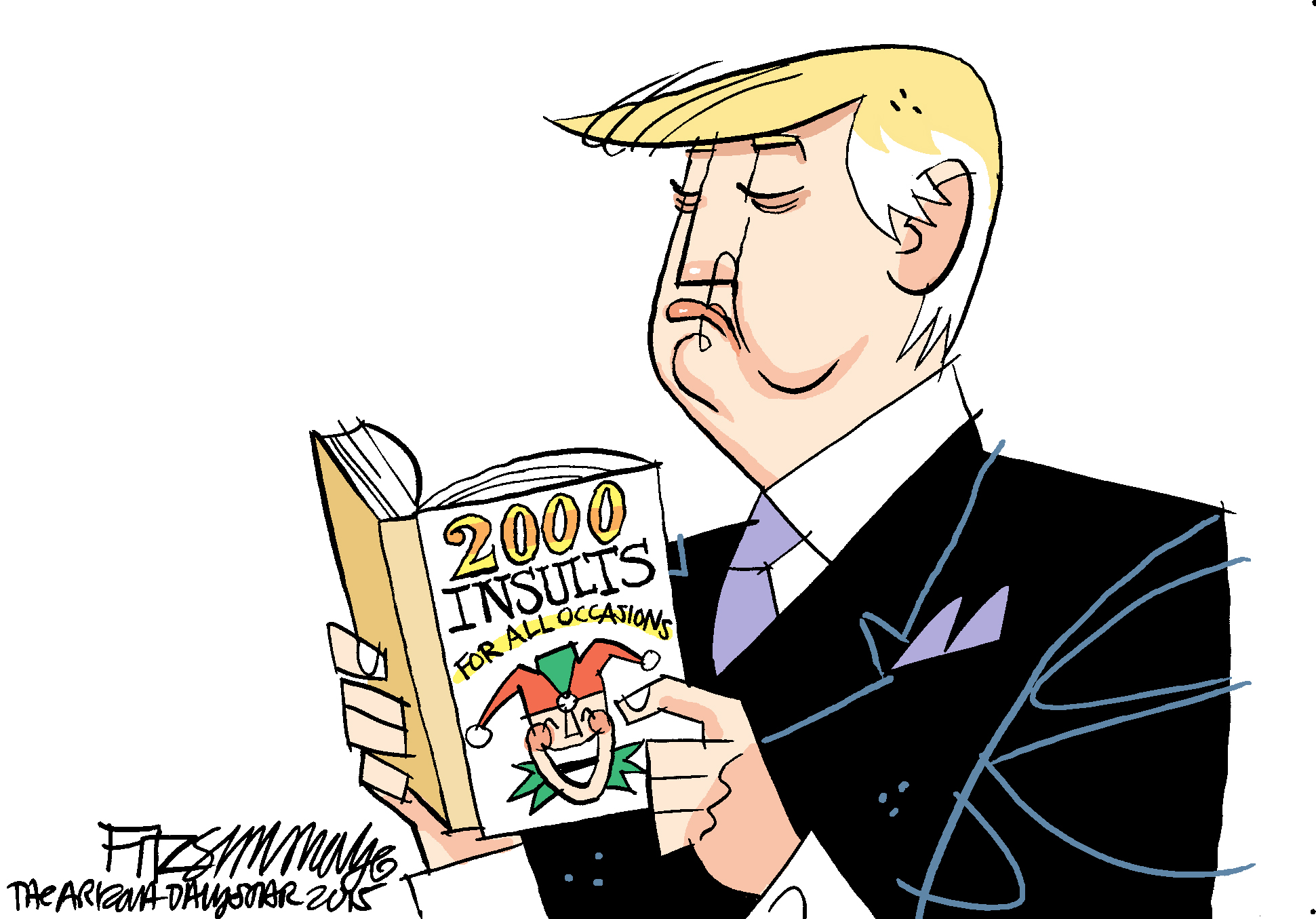 The confetti, the hats in stars and stripes and the hysterical exclamations are present. The hall of the glamorous basketball team of Ohio is ready for the show. The match of the year in the USA begins: Donald Trump against the rest of the world. For the 10 months on the podiums, the unceremonious billionaire made enemies, whose arithmetical sum sentenced him theoretically – these are the women, the Latinos, especially the Mexicans, the elite in Washington, the media. By the way, in Cleveland a billboard appealing “Don’t trust the liberal press!” swaggers. Politics, however, is not only digits; it is poetry, a sense for the moods, the sudden change of direction of the winds. The Trump-phenomenon put the sociologists into check mate. The political analysts were reduced to post-factum commentators, after their prognoses for the soon-to-be-expected political death of the arrogant Donald Trump were not justified. The eccentric with the orange tan, the marks of solar glasses, the hairstyle that looks like a hat screwed on the head, took away the inter-party competitors and became the only presidential candidate for nomination for the Republicans. The party elite was humiliated, the improvisation of the political weeds took over the intrigue of the apparatus, which has always been the unspoken rule for the game of any political formation. A democrat for a long time, today Trump holds the Republican Party like a lustful bride, who the hooligan expects to say “yes” if she wants to be put on solid ground. That’s why all the remaining cavaliers of the bride – former husbands and failed wannabes play the role of the insulted. The Bush family shines in its absence – the old father, who was a former vice of the Republican idol, Reagan, and the son Bush Junior, who a few days ago danced to the tune at the memorial service for the Dallas policemen, decided not to attend. The little brother, Jeb, who got a knock-out from Trump and the label of ”low-energy candidate” in the campaign, is also not there. The two candidates who failed against Obama, Mitt Romney and John McCain, are also not expected to arrive in Cleveland. The local Governor, John Casik, also overtaken by Trump in the primaries, explained that he will be in town, but he has other business to attend to. The palm in the explanations wins the Ohio Senator, Jeff Flake, who informed that “he intends to mow the grass in his house” one of these days.

In the first minutes of the Convention, the group of the dissident plankton “Never Trump”, marked with electric-green hats, threw away their entrance tickets in demonstrative manner and booed the candidate, but the booing did not last long. Pathos prevailed, with a few emotional peaks.

The hall has been warmed up by the former Mayor of New York the popular, Rudolf Giuliani, who reminded the role of Hillary Clinton in the removal of Gaddafi and the chaos that followed in Libya. A tired old woman gets on stage. She is the mother of one of those killed in Benghazi and personally accused the candidate for the president of the Democrats, the very same Hillary Clinton, for the death of her son. General Michael Flynn is called in to cure her trauma, who is the former Director of Military Intelligence. He pleads for peace through force. “With Trump, we are not going to apologise for being powerful,” announced the General, although the apologies are nevertheless not part of the American diplomatic style over the last years.

The Party Convention is directly broadcast on CNN, that’s why the redacted emotion does not provide space for meaningful discussions. The Republican Party is internally divided not only by the personality of Trump, but his positions too. The billionaire surfs on the riot of the ordinary Americans against the elite, which is partially present in the Hall. Another disturbing for the establishment fact is the unambiguous position of the eccentric Donald against contracts for free trade. Free trade is a part of the holy creed of the Party. At long last, the neo-conservatives are disturbed by the isolationist tones in the speeches of Trump and the constant reproach, “America first!” With such beliefs in the White House, he risks spilling the conflicting, but dearly paid for working capital, from the era of Bush Junior when Pax Americana was implemented with weapons and a forced expansion of NATO-something that democrats from Obama’s team did not dare to touch for the last eight years.

In an interview with The New York Times, Trump announced the three goals he had for the Convention: to calm down the party apparatus, to protect his image of “candidate for order and jobs” and to familiarize the broad audience with his personality. Up to now, he trampled all the rules of PR and his intuition turned out to be more correct than the evaluation of the army advisors around his opponents. Today, he is on the road to extorting the Party’s blessing for the presidential post. Will he succeed? According to the Advisor for the Republicans, Bruce Hains, “the outbursts of Trump’s ego make the Party members doubt his conservatism, but the expectations of the Conventions are so low that the submission will probably serve Trump.”

According to Ed Rogers from The Washington Post, “if Trump avoids the Shakespearean tragedy and the vaudeville, he will succeed.” He concluded: ”After Nice, Dallas and Orlando, it would be a huge mistake to still underestimate him.”

Trump is even w Hillary after spending virtually no money aND with almost no elected allies. He has chaneed the way American politics is played. Just wait til the debates. He could talk in tongues and people will still love him. One poll says Hillary might win only 35 percent of white vote. That is astounding.