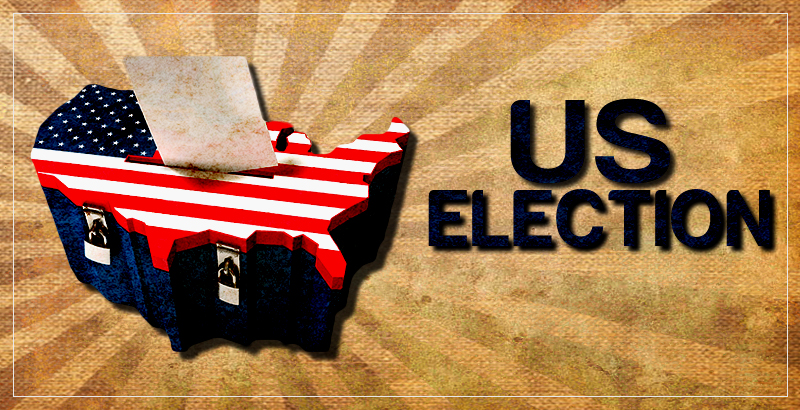 Dmitry Drobnitskiy is a political scientist, publicist, a specialist on American domestic and foreign policy. Writer (under the pseudonym, Maxim Zhukov), a former editor of internet portal, Terra America. Author of a blog dedicated entirely to the elections in the United States. He predicts the intriguing development of the presidential campaign back in 2014.

US media has already identified the winner in the presidential race, the former Secretary of State, Hillary Clinton. In terms of all the rules of political science, her opponent, Donald Trump, must lose, and by plenty. But is it really so?

Only two weeks separate us from the elections in the United States. The presidential race we see is exciting, unpredictable, insane, heavy and dirty and it is coming to an end. The leading US media has identified the winner, former Secretary of State, Hillary Clinton. According to the national press and most television channels, the anti-establishment Republican, Donald Trump, was finally discredited due to the emergence of his vulgar conversations from 2005 about women, refusing to promise that he would recognise any outcome of the elections, and also because  of “relations with Putin.”

Over the weekend, data from the poll conducted by TV channel, ABC News, was released and if you believe the results, Hillary is ahead of Trump in the ratings by as much as 12 percentage points. To overcome such a difference in the remaining days until the vote already seems impossible.

Although Mrs. Clinton does not show much activity after the final presidential debate, her staff continues to regularly bombard the media with election advertising, 80% of which is criticism of Donald Trump. The cost of her election campaign surpasses three times that of the Republican candidate. The current president and vice president, the first lady, all congressional Democrats without exception support Hillary, while Trump is left practically alone, surrounded only by the most devoted supporters. Recently, the senior Republicans have behaved as if there will be no presidential election on November 8, but only a re-election in both chambers of Congress.

In terms of all the rules of political science, Big Donald, must lose and by plenty. But is it really so?

One of the main features that distinguishes the current political season in the US is the unusually low reliability of the polls. The point is not that the leading press and Washington polling centres mock Hillary. The problem is that the methodology and database of voters, accepted by experts in the credit rating agencies for the past 35 years, have lost their relevance.

Donald Trump and Bernie Sanders, in part, excited that portion of the American population which, until recently, did not take part in the elections and was generally skeptical of politics. These are the people who think that even without them Washington has long ago decided and that nothing could change, and that it does not matter for who you vote.

But since the Washington establishment was thrown a glove, this “silent majority” of Americans turned into a movement, breaking the usual pre-election attitudes. This phenomenon is given a specific term: “unaccounted voters.” The ratings constantly maneuver based on whether sociologists will fall into studies of such unaccounted voters or not. For the last six months, Donald Trump, for a short time (from three weeks to one month), caught up to Hillary Clinton by a double-digit dimension (15%) of the amount of statistical error, and even twice overtook his rival on average ratings at that! If we take into account the individual studies of various agencies and media, ratings are just changing too fast and strongly differ from each other. Sometimes they are diametrically opposed.

Looking at the ratings from the end of last week, yes, TV ABC News gave Hillary an advantage of 12%, but three other rating agencies, IBD/TIPP, The Los Angeles Times and Rasmussen Reports, reported an advantage for Trump, or at least an equal performance for both candidates. The same is observed in the classical fluctuating states, on which the outcome of the election ultimately depends. The ratings vary with any study and from  one agency to another in Colorado, Ohio, Florida, North Carolina and Virginia.

In this political season, new fluctuating states have appeared belonging to the “rust belt”: a region which suffered the most from de-industrialisation in recent decades. To predict the election results in the state, which was previously considered a reliable bastion of the Democrats – Pennsylvania – is now simply impossible, but there are still 20 electorates in the electoral college.

On October 21, Reuters published data from its surveys conducted in Michigan and Minnesota: the Democrats there have not lost for 30 years and the result proved shocking. Trump and Clinton are virtually equal forces. It should be borne in mind that if Reuters is the closer to the truth, ABC News is miles away in the opposite direction. Its data is not comparable.

The question of whose reports are more accurate is meaningless. The results of the study point out to only one thing: these results can not tell us anything about who will be the winner of the elections on November 8th. However, it should be noted that Trump is an extremely complicated situation. He and his staff are working against the entire political class of the US and the overwhelming majority of the media. This makes it difficult for the daily workers in some places and could negatively affect voter turnout among his supporters in the various polling stations. Not surprisingly, Donald, at each rally, has told the  people that they must go to vote or to put their vote in advance by mail.

Essentially, Hillary’s headquarters and the headquarters of Trump rely on the maximum mobilisation of supporters and the demoralisation of the rival’s voters. These tendencies were noted well, following the discussion of the results of the final debate. Both camps celebrated victory … relying on the enthusiasm of hard core voters. This enthusiasm, of course, is not enough for victory. Most Americans relate extremely negatively to the two candidates’ personalities. Therefore, neither Mrs. Clinton nor Big Donald can rely on winning the elections with the votes of their supporters. Each of them will have to convince the voters to overcome their dislike of their personality in the name of keeping the status quo (in the case of Hillary) or because of the need for change (in the case of Trump). And for this goal, people should not look at themselves, but the world after January 2017 when the new occupant of the White House moves in.

For Hillary Clinton, the task was easier from the very beginning. Relying on the high enough approval ratings of President Obama (throughout 2016, he had levels above 50%, which is a good indicator for president at the end of a last term), for her it was only necessary to praise the achievements of the previous administration, reminding of her political experience and promising to “fix certain defects.” This would have been an infallible strategy if she were facing John Kasich, Jeb Bush, Marco Rubio or even Ted Cruz. But the Republican primaries were won by an overwhelming majority by a man who, from the beginning, had declared fighting the corrupt Washington establishment, the global elite and their imposed political correctness.

Even before the two party conferences when Trump topped the Republican race, the propaganda machine of Hillary was directed personally at Big Donald. Realising that his calls for change resound in the hearts of many Americans, the former Secretary of State, her staff and all leading media focused on the inadmissibility of a president such as Trump.

Moreover, Clinton did not present any programme, but each time dismissed the press and the voters and sent them to her campaign website, where one can find all. Then followed the usual turn: the conversation shifted to the dangerous and “non-American” policy of Donald. There were some curiosities. Clinton devoted three-quarters of her speeches on foreign policy to her rival. She did the same in 98% of the speeches that were supposed to be about measures to promote small businesses.

Trump did not miss a chance to pay back and did not stop to expose Hillary. But he, nevertheless, presented his programme. He gave a speech on foreign policy, then a speech on the economy and later on, on immigration … And here, on October 22nd in Gettysburg, Pennsylvania, Big Donald came up with a speech that was described as his “contract” with the people of America. The place was not chosen by chance. Here in 1863, in his famous speech, President Abraham Lincoln proclaimed a new era of freedom. “Contract with America” ​​is not a random phrase. This programme is named “the Republican,” being the programme of the election to Congress in 1994. One of the authors of the composition of this “contract” is Newton Gingrich, who is currently an active supporter of Trump. According to the results of this vote in 1994, Republicans had, for the first time in 40 years, obtained a majority in the House of Representatives. Gingrich then became Speaker of the House and under his leadership the first of many decades of US budgets without deficit was passed.

In his Gettysburg speech, Donald Trump exposed his plan for the first 100 days as president. Big Donald spoke very little on foreign policy: only  the measures to combat the terrorist threat. Trump spoke about ethical reform of power (primarily limiting the mandates of Congress and to counter the lobbying), education, healthcare, taxes, the country’s infrastructure, immigration, justice, jobs, reduction of the budget deficit and international trade. It revealed a sufficiently complete centre-right programme with elements of protectionism and prominent anti-corruption pathos.

If it was not for the schism in the ranks of Republican congressmen and governors, and unsubstantiated globalisation among some of them, this programme could have easily become the new party platform that would have all the chances to appeal to most Americans.

But today, against the man who comes up with this programe is not only the media but also the two largest parties in the US. And now the question is not whether Donald Trump will succeed to overcome the backlog of Hillary Clinton (we are not sure even if there is such a gap) but how many Americans in general can recognise his programme. It is too early for overall conclusions. I think that even the day before the vote will be too early.

Journalists estimated that the word “Russia” is used in the debates more often than any other important names and terms;  more than “emigration,” NATO, ISIS and “jobs.”

The discussion on Russia was initiated by Hillary, who took the conversation by presenting it to completely different political positions related to different audiences: from closed meetings with investment bankers to voters.

As you probably remember, this was known by the denunciatory publications of WikiLeaks, which in the opinion of the former Secretary of State, received all its information from Russian hackers engaged in cyber attacks against US citizens and institutions. And Trump, in her words, is “a favourite of the Kremlin.”

Do not base any opinion using the polls. This is a highly unusual contest. Regarding Russia, it’s being used as a false flag to hide or mask Hillary sins. The war drums are very, very concerning if not dangerous.

The only idiots lower than obama is congress, and they are polling in the SINGLE DIGITS..