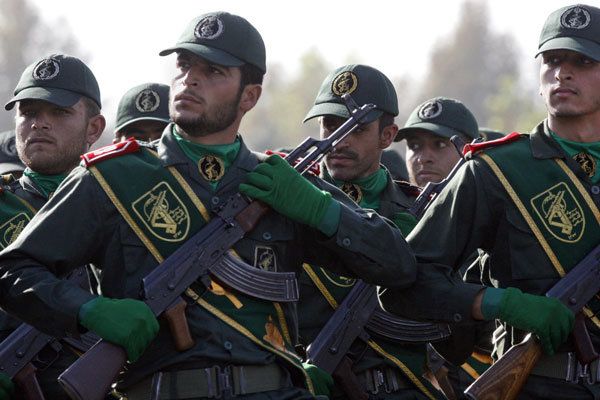 Viktorov emphasized that Iranians “are playing an important role in our common efforts towards extermination of terrorists in Syria”.

“That is why at this point we consider unrealistic any requests concerning withdrawal of any foreign forces from Syria,” he added. “We can speak with our Iranian partners very honestly and openly trying to persuade them to do or not to do anything.”

Responding to a question of the Israeli media, the diplomat noted that Russia cannot force Iran to withdraw from Syria. According to him, there is also an agreement that Syrian regular army will be present on the Syrian side of the contact line with Israel.

“We agreed that there will be only Syrian regular army units on the other side of the border [in Syria],” Viktorov said. “Ensuring Israel’s security in top priority. And these are not empty words for Russian foreign policy.”

After the talks with between Russian and Israeli top officials on July 23, the Israeli media speculated that Russia had proposed a 100km buffer zone without “Iranian forces” to Israel, but Prime Minister Benjamin Netanyahu rejected the proposal saying that all Iranian forces have to be withdrawn from Syria.

The July 30 remarks by Viktorov show that the real course of the Russian-Israeli negotiations was quite different to what the Israeli media wants to show.

Russia is time to stop pussy footing around israel and yes with out them today will not be any syria but an extension of israel. On the other hand half done jobs cause more harm than good and is time to take a clear stand. Their notion that they can control what they creating or helped to create will back fire in their face and all of europe.

I have watched this show for some time. Putin has shown he does not have delusions of exercising control over countries, even one Russia has saved – for example – Putin’s position is that ultimately, the question of Iranian presence is between Syria and Iran. Putin is also not controlled, at least not by Israel – no Zionist puppet would tell Israel, on a critical issue, that their position is unrealistic (in diplomatic speech that’s get your head out of your ass).

And your point, very salient to the current state of affairs, is do not leave jobs half done. Yes, and we have seen the lovely results when that happens. I think we can count on Putin and his allies to get the job done.

ok if you also follow what happens with the turks in Mediterranean, against Cyprus and in Aegean sea against Greece, plus their moves in the balkan area that is directly opposing russia as well in ukraine and many of the ex soviet islamic countries, then you see also the base of my thinking.

Will do. House of Cards ended with Cyprus a flash point over oil and gas deposits in a secret deal with the Turks and UK PM… hmmm

Iran should threaten to move a hundred thousand troops into Syria, unless the US stops shorting the Rial, and then start doing it. Israel will make the US back off.

Iran is selling oil to russia and china, getting paid with their own currencies and this is a transition period. They can handle as they did all this years, what ever west, throw on them.

But and a big but, this is really pissing off the people in Iran; same ol – a colour revolution. Iran needs to be strong, BUT NOT oppressive when the people march etc.

Been strong does not precondition also to have a strong economy as you think based on western standards. What it needs is the population to be supportive of their leaders and patriots and last I check and I have many contacts in Iran in all levels, even if they disagree with their government, none the less all are of one mind against NATO and especially UK/Usrael.

Even the jewish population in Iran in their majority are against the attack in Iran. And most of them when the offer to move from there and go to israel with many benefits come they refused to do so and separate themselves form israel. My conclusions and what I know are based on actual facts and very realistic not well wishing or what most posters here and else where conclude and posting base 99% on their emotions rather than fact.

And so I dont be, miss understood. I am talking with you, not about you, so we clear on this.

I totally agree with you. We are doing business with Iran, BUT and a big but, there is a thin line until the people revolt. The economic situation is dire – that is a fact; all due to those damn Yank sanctions…… all I was trying to explain is that, what I stated above in reality.

The people need to realise who did this and work together + struggle together + Russia and China MUST STEP IN TO ASSIST.

So israhell only want their isis and yankee puppets to be allowed to stay in SYRIA.Am i missing something here??

they will stay in syria only as fertilizer. Nothing wrong with that.

Yes. You forgot to ask “Who the fuck, do these hooked nosed vermin think they are?”.

Iranians have hooked noses as well :))

Wrong, Iran was invite from a legal government of Syria to help Syrio to get rid of terrorists. Terrorists created by Israel-USa-NATO with the help of Qatar-Saudi-Jordan-Turkey.

That has nothing to do with their nose

For how long the world will listen to the child butchers Israel, ISIS and Al-Qaeda. Their influence on the world politics is now tremendously reduced. Everybody says they telling rubbish.

I support Iran but I’m against their decision to ban some sites that openly declared that they support regime change, sanctions and stuff against Iran – because that shows that the government don’t trust their people. What they should do is tell Internet providers to open those sites in a frame with the warning message about the activity against Iran practiced by the sites owners – like when I forget to pay my Internet bill and my ISP serves me the sites in a reminder frame that I should pay the last invoices.

They do that because foreign investment into anti-gouvernement propaganda is massive. Literally the entire western world is trying to convince the Iranian people to overthrow their government for their agenda. This is why most western “journalists” are outlawed in these countries; They are not there for honest work.

You can call me Al
Reply to  Alexis Goldwasser

How did Russia take the blame for this ?, you useless, dumb POS.

Alexis Asswasher of the Zionists.

Jewish troops must leave Syria. For the Golan Heights is the very heart of Syria!

Jews are an invasive parasitical disease, enemy’s of the state, and an internal 5th column national security threat. Judaism is a criminal organization and evil cult that should be outlawed world wide to dejudify the planet to create a Jew free world that will be much better for humanity.

Palestine and the US in particular, where 83% of the planet’s Jews live, need to be dejudified. The US would be far different and better without Jews. They are responsible for much of what most of humanity dislikes about the US.

Americans and people in the middle east should work together on dejudifying Palestine and the US. And bringing about an end to Israel and an end to Judaism and Jews on our planet.

The solution isn’t genociding Jews. It’s outlawing Judaism and closing the synagogues and yeshivas so that there are no more Jews.

The West Bank barrier wall and Gaza fence should be torn down and Palestinians allowed to return to their homes and land to help with the dejudification of Palestine and revocation of Israel’s UN membership.

If Israel and the US want to get Iran out of Syria, they must negotiate directly with Iran, not with Russia.

Perhaps if all the US sanctions are lifted against Iran (as well as Syria), Iran might be persuaded to leave Syria. In the meantime, Iran should continue to build up it’s forces, especially air defenses, in Syria.

The mobile Pantier air defense system should secretly be moved into Lebanon, so as to prevent Israel from launching missiles over their airspace. They could set a trap for Israel. Russia could let Hezbollah know when Israel is about to strike. And then Hezbollah could teach Israel a big lesson.

Israel is so used to having world leaders as hand puppets they don’t know what to do with Russia it leaves them stuttering and speechless.