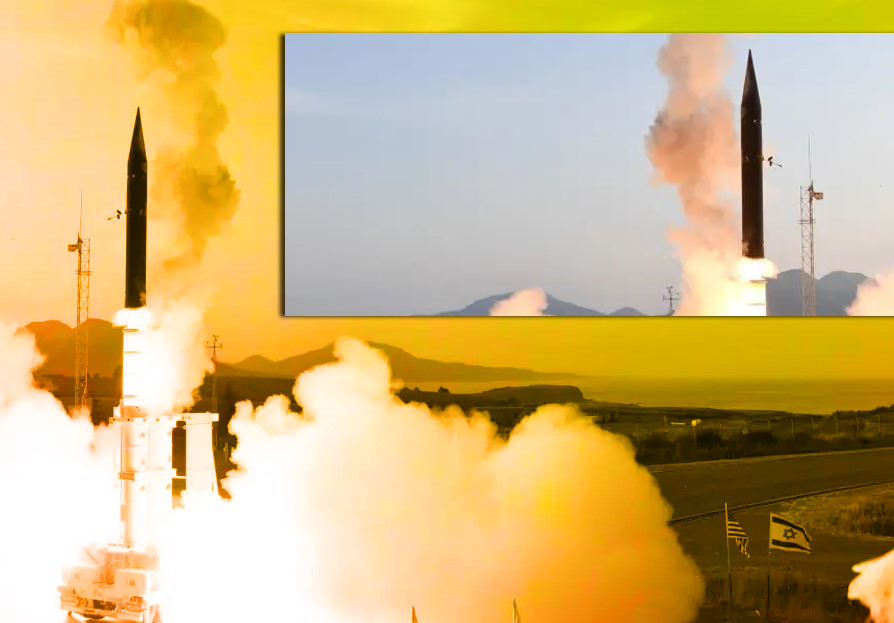 Israel’s advanced Arrow anti-missile system failed to intercept a Soviet-made S-200 missile launched by Syria during the last exchange of fire between the two countries, Israeli sources revealed on April 22.

The Syrian Arab Air Defense Forces fired the missile at Israeli warplanes preparing to launch airstrikes on the outskirts of the Syrian capital, Damascus, early on April 22. The missile missed its target but went on to land nearly 40 km away from the Dimona nuclear reactor in southern Israel.

According to Israeli media, the Arrow system was activated to intercept the S-200 missile. However, it failed to stop the stray Syrian missile.

The Arrow 2 and 3 anti-missile systems were jointly developed and produced by Israel and the US. The project is run by IAI and Boeing directly under the control of the Israeli Defense Ministry and the US Missile Defense Agency.

In March of 2017, the Arrow system scored its first operational success when it intercepted a Syrian S-200 missile fired at an Israeli warplane. Back then, a senior Israeli officer said that the S-200 missile “behaved like a ballistic threat” with “an altitude, range and ballistic trajectory” that mimicked the Scud-class missiles the Arrow 2 interceptor was designed to kill.

The claims made by Israel back then were not verified by any independent source. The new incident rises some doubts about these claims.

The missile incident was a major blow to Israel’s multi-tiered air-defense network, which costed billions and more than 20 years of development.

It was Kissinger who ordered Nixon to save the Rothschild neocolony in Palestine in Operation Nickel Grass in 1973, with Pentagon terrorists putting on IDF uniforms to push Syria back as the Soviets also pressured Damascus to withdraw. Something similar also happened when the US/SDF terrorsits came to rescue of ISIS in east Syria with brand new SDF uniforms for ISIS to change into. Terrorist Ziojew invincibility is a myth like the Holohoax.

Putin’s terrorist Ziocorporate globalists partners will soon be calling the Kremlin to negotiate ISISrael’s continued bombing of Syria without Syria shooting back at the Ziojew terrorists.

1973 war was contrived – a deal between Sadat,, Cross Dressing Golda Meier and Kissinger. Sadat was the big Arab traitor. He paid the ultimate price. Ariel Sharon’s “amazing pincer” move was part of the plan – Sadat deliberately allowed a massive 10;’s of Kilometer gap for Sharon to move in. Damascus was bombed – Sadat betrayed Hafez al Assad as well. Israel’s wars could NEVER have been won without US/UK help – They were P@ssies then, and even bigger P@ssies now as is evident in 2006. IDF were conceived as a terror group (Stern/Irgun) to murder and ethnically cleanse defenseless Palestinian women, Old people and children. Read Israel Shamir’s account of 1973 war using Russian Ambassador to Egypt’s de classified notes:

Not a fan of Israel
Reply to  Ewan

I think you’re being too hard on the Idiot Defence Farce….they can win against unarmed civilians easily!

Arabs are thought of as lousy soldiers around the World … their SHAME and HUMILIATION everlasting … eh?

Sucks .. can that stain wash off your brown skin ?

Threatening a Nuclear response if the Jews / Zionists / Israelis didn’t STOP THRIR ADVANCE and submit to a cessation of war … eh?

Be afraid … you’ll be destroyed in the coming war

The ‘mighty’ IRGC must know something you don’t … eh?

The Jews / Zionists / Israelis will destroy Iran and their Nuclear Program as soon as Yossi knows they’re close to a breakout … eh?

Syria can only dream to have air defence remotely close to what Israel has.

There is another name for such malevolent dreams…actually Syria does a great job like in the two mass cruise missile attacks / Fiascos in 17 and 18 in Trump regime times.

no he didn’t they tried to attack an air field, Russia jammed the incomming missiels for a testing all missed target….then the second wave the Russians activated their emp device just 20-15 sec before impact, to see how much it would still block and lead a stray off target…..if the device would be just activated close before impact…as the emp device can be traced back by sensitive radar tenology or spy planes….and a ballistic missile without gps or artillerie strike could hit it….thats why active Radars and this emp device are just turned on when necessary to keep them undetected for long as possible…the emp device was so strong that france ships could not even launch their missiles….

What kind of fiction are you reading?

Fog of War
Reply to  DeathToPutin+CommieLukashenko

He’s got the GOOD stuff.

And where do you know all these secrets from?

Not a fan of Israel
Reply to  Oliver Eitel

Yes, I have heard a similar story from someone that served in the Soviet military.

Yanks are way behind.

Wow … you are well informed

HAHAHAHA…that’s funny. Israel only wishes they did, but sadly for Israel, they don’t.

Not a fan of Israel
Reply to  DeathToPutin+CommieLukashenko

Idiot. The Syrians have now had a LOT of battlefield experience shooting down Israeli missiles and a few IAF jets as well.

A tattoo of the Assad’s on your cheeks? lol

Guess what? It turns out Israel is as bad as the US at building military hardware and missile defence systems. Talk about the emperor having no clothes. Iron dome was always a lame duck.

How many rockets from Gaza land on Israelis … As a percentage?

F. None of the above

“S-200 missile “behaved like a ballistic threat” with “an altitude, range and ballistic trajectory”” Did the IDF just discover gravity? Surprise, any unpowered, not maneuvering object launched in a gravitational field will have a ballistic trajectory… Easily predictable. Even a throwed stone, or an arrow (pun intended). As for the “advanced” pindo-jewish junk, it seems to be a proud successor to the pindo Patriot, you know the one that managed to actually not shoot down any SCUD, way back 30 years ago, despite the marketing press.

It wasn’t that long ago Aritz Shitva revealed in an article a secret Israeli technology…..the Wind Tunnel.

Putin should offer the US and Israel the S300. US crap doesn’t seem to work. Ruskies are light years ahead of anyone else in missile and Rocket tech

Not a fan of Israel
Reply to  Ewan

I believe the Iranians have caught up to Russia……..

Ever the Iranian backer … for a learned scholar … you sound like f/kn Iranian mullah … eh abbas?

The Patriot missile got the same silent treatment on statistics and lots of propaganda. It’s good for sales, thinking they will probably never be used anyway. Saddam’s Scuds busted that sales fantasy.

Maybe the isreali apartheid regime should look at the Boeing parts as we all know they love to cut corners to maximise profit.

An investigation was also launched in Tel Aviv.”

….and promptly shot down by an ageing S-200 missile!