Israeli work in an area containing Arab graves near a cemetery outside the Old City of Jerusalem has sparked outrage among Palestinians.

Israel’s Nature and Parks Authority and Israeli courts reportedly assured that the graves would not be impacted.

Work began on the site a number of years ago as part of efforts to form a park on the land next to the Yusufiya Cemetery, also known as the Bab Al-Asbat (Lion’s Gate) Cemetery.

Earlier this month, clashes between Arabs and Israeli security forces broke out at the site after human bones were reportedly uncovered by workers at the site.

On October 25th, a video of a woman named Alaa Nababta showing her holding onto her son’s grave in the area as Israeli security forces attempted to pry her off went viral on social media, with many Arabic news sites using the footage to attack Israeli authorities.

Violent clashes have broken out at the site multiple times in the past month between Israeli security forces and Arab demonstrators in light of the controversy surrounding the site.

A spokesperson for the Nature and Parks Authority stressed that “no work is being done in the cemetery.”

“The work is being carried out on open public land designated for a public park and in the area of a national park located north of the cemetery,” said the spokesperson, adding that a number of graves were illegally placed in the area in recent years.

The spokesperson explained that although the burials were illegal, the work being carried out now would not damage the graves and that the graves would remain in place intact. Truly benevolent.

“The families of the buried were assured that the works would not damage the graves and certainly that there would be no removal of corpses,” said the spokesperson.

Joint List MK Ahmed Tibi expressed outrage at the ongoing work near the graves, stating “Israel and the municipality of Jerusalem hurt both the graves and Muslim feelings desecrating the cemetery and the graves.”

Tibi called the work “an offensive and aggressive act towards the families of the dead,” and stressed that “if such brutal and violent act would have happened in Europe, Israel [would be] the first to shout and condemn, calling it ‘antisemitism.’

The Palestinian factions warned Israel against continuing work near the graves on, saying that they “will not stand idly by regarding these crimes.”

“We call on our people in the West Bank to escalate the state of engagement with the enemy with all available tools and means so that they know that their continued occupation of our land and our sanctuary means a heavy cost that they will pay from the blood of the soldiers and Zionist usurper,” said the factions. “The weapon of resistance will remain unfurled in the face of the Zionist enemy, and the ‘Sword of Jerusalem’ (the Palestinian name for the conflict with Gaza in May) will not be sheathed as long as the occupation remains on our land.”

“Unfortunately, the Nature and Parks Authority sees before its eyes the dry law and not the historical and deep connection that the Palestinian residents of Jerusalem have, in this case, to the cemetery and the importance they attach to burial next to or near the Temple Mount,” said the Emek Shaveh organization in response to the situation.

“This is while Israel is doing everything possible to allow Jewish burial on the Mount of Olives. It seems that Muslim cemeteries are treated differently from Jewish ones.”

Meanwhile, the United States said it strongly opposed Israel’s plans for Jewish settlement expansion in the occupied West Bank as damaging for peace prospects between Israelis and Palestinians.

“We are deeply concerned about the Israeli government’s plan to advance thousands of settlement units tomorrow, Wednesday, many of them deep in the West Bank,” State Department spokesperson Ned Price told a briefing.

“We strongly oppose the expansion of settlements, which is completely inconsistent with efforts to lower tensions and to ensure calm, and it damages the prospects for a two-state solution,” Price said.

Despite these claims, Washington is unlikely to undertake any action against it, and Tel Aviv is likely to continue pursuing its settlement policy.

I hope Hamas tries to stop them like in May. That’s so creepy and weird

People should ask themselves why Israel practices segregation, while Western countries no longer practice segregation?

Why has Israel remained a Jewish ethno-state since 1948, only Jews are permitted to have Israeli citizenship. By contrast, why is it that Whites are forbidden from having ethno-states of their own?

White race is not one thing. Just like other races.

White race is not one thing? Then, what is it instead? And why Israel remained exclusive Zionistic state, no other peoples can get citizenship?
Why Israel practices segregation, while other countries would be proclaimed as being racistic?

You don’t make sense at all. Israelis are from many races.

You are dodging the main question, just answer it! Maybe you’re just too stupid to give reasonable and resolvent answer, so I don’t even expect it. You only excel in trolling.

You are not even troll because troll have big dicks actually.

White race is a combination of all white sub-races.

Or sub-categories of race.

Yes but peoples like Georgians, Turks, Armenians, Azeris, are they white?

Learn how to speak you dimwit tranny!

West is doing this by supporting Zionistan. No comments from Zio puppets from UAE, Bahrein, Saudi, Egypt, Turkey, Jordan…. Zionist will do the same in their countries in the future.. >100,200,500,1000 years

I hope they do,they deserve it by their cowardice.

Saudis, Jordanians and Turks are not pro-Israeli and the Egyptians are neutral. lol

No you did lost you insane gay incel!

Israeli courts reportedly assured that the graves would not be impacted.

Yes I seem to remember Balfour agreement to allow Jews to go to Palestine said NOTHING will impinge on the rights or beliefs of the people that already live there. They have done NOTHING but bulldoze the people out of their homes and off their lands and continue to cut down the olive trees that have been there in some cases for centuries to deprive the inhabitants of their income. What assurance can LIARS ever give.

Israel has long sought to displace and erase Palestinians. Most Israeli towns were built on top of seized and demolished Arab villages from Nabka era – post-1948. The reported encroachment toward seizing a historical Palestinian graveyard is just more of same, ethnic cleansing not just of the people and their structures, but of their historical traces as well. Modern Israel is mostly Ashkenazim Jewish immigrants from places like Ukraine and Georgia, yet they have an extreme entitlement complex to plunder from long standing Palestinian communities, lands and culture. The template for creating a modern Israel was conceived of in nineteenth century, and, accordingly, is modeled on one of the branches of west European imperial era colonialism – the appropriation of a foreign land and its resources, AND the displacement of its indigenous inhabitants.

Not imperial colonialism but ethnic or civic nationalism. Imperialism is multi-ethnic. And Russian Jews are the most numerous there.

Many Jews immigrated to the Soviet Union from Israel, more than 2 million Israelis are immigrants from Russia.

‘…civic nationalism…’ That is quite the delusional mindset. It is nineteenth century based colonialism to the core, predicated on foreigner’s laying claim to an already existing inhabitant’s territories and then aggressively pursuing this claim using violence.

‘…ethnic nationalism…’ Ahh, the dreaded ‘ethnic based supremacism’ that US MSM repeatedly claims is allegedly the primary national security threat in USA today!

People should ask themselves why Israel practices segregation, while Western countries no longer practice segregation?

Why has Israel remained a Jewish ethno-state since 1948, only Jews are permitted to have Israeli citizenship. By contrast, why is it that Whites are forbidden from having ethno-states of their own?

Ask yourself why Britain gave the Jews an ethno-state in 1948 and not in 1919, after signing the Balfour Declaration in 1917?

Why did they not indict the Zionist terrorist organisation called ‘Irgun’, for bombing the King David Hotel, killing British soldiers and civilians? Irgun was led by Menachem Begin, a Jew from the Soviet Union.

Why did they not condemn the release of the former leader of Irgun, Menachem Begin from imprisonment in Israel, who later served as the 6th Israeli Prime Minister from 1977 to 1983 and Israeli’s “Defence” Minister from 1980-1981 and again in 1983?

Somehow this means that Israel is supposedly an “Anglo” colonial outpost in the Middle East, if so why did France and England grant surrounding countries their independence throughout the 1950s and 60s that was insisted upon by the United States?

Why did the Mossad plot to assassinate Charles de Gaulle who wanted to maintain France’s colonies worldwide?

Why were Jews always at the forefront of Zionism and most Marxist movements? Why were Jews living in Germany and Eastern Europe more prominent in the Zionist movement until the early 1930s?

Why have Jews always made up the bulk of the World Zionist Congress and other Jewish organizations, whether Zionist or something less obvious such as the SPLC in the United States and elsewhere? 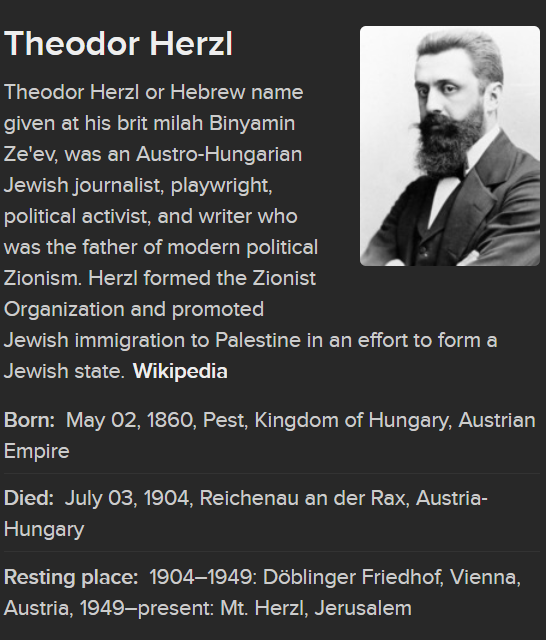 Inbreds are also basement dwellers. I am talking in general.

Jewish texts were supremacist before Khazars existed, the Babylonian Talmud was written before the Khazars were around. The Khazar theory is not proven by the way, they were one subset of Ashkenazi Jews that mixed with the host population and over the course of time began to resemble them more.

The Jews were busy subverting Rome beforehand and prior. They were around in Medieval Europe and a problem before the Khazars are believed to have converted.