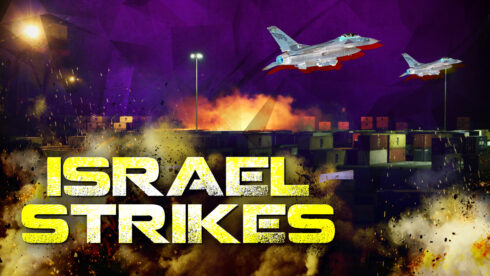 In early hours on January 31, the Israeli Defence Forces (IDF) reportedly targeted the Damaskus outskirts. The attack was repelled by the Syrian Air Defence Forces and resulted in some material damage.

According to the Syrian Arab News Agency (SANA), the Israeli missile aggression was carried out from the direction of Riyaq, east of Beirut, at about 03:05 a.m. local time.

Syrian air defenses intercepted the hostile missiles and downed some of them, a military source told SANA.

No footage was provided to support the report.

Israel has recently decreased its military activity over the Syrian territory. The reported attack near Damascus is the first in 2022.

Earlier, it was reported that Israeli military officials began talks with Russian army officers to prevent any further escalation. On January 24, the joint Russian-Syrian aerial patrol along the Golan Heights and the Euphrates River also pushed the Israeli military to limit its air campaign in Syria.

The last Israeli attack targeted the port of Lattakia. In December, Israel struck the port twice. The strikes provoked Russia to increase its military presence on the Syrian coast.

The Syria’s and Russia ‘s diplomatic and military efforts aimed to contain Israeli aggression seemed to be successful, but they are likely not enough to end it.

You can word your story to make it a sound like Syria “repelled” the attack if it makes you feel better. But at least they tried, which is much more than we can say for Israel’s lapdog Russians who think the Jews are God’s chosen.

Truth! It doesn’t take long for Putinyahoo to please Israel. Gimmicks like the joint fly-by are for show.

Kikeroaches are some of the biggest cowards there are. They target the syrians knowing the moskal bastards are pozzed and will never come to their aid.

Contrast this to the past few years where the Iranians independently set up air defence sites and hold their own independent of damascus. Those areas the idf refuses to touch because they know there will be a retaliation. Additionally, it doesn’t cause too much trouble on the golan heights either because Hezbollah is dug in there and an unnecessary escalation might just spark off the third lebanon war, something the shitskin sandmutt hebrews don’t want yet.

Hezbollah and Israelis have the same skin color. lol

Most Hesbollas has only one leg:)

As a gayreek shitskin, you are the last one to talk about skin colour, you wog rape offspring.

It’s in the genes the turdks raped into you.

All we need is to subject you and your shitskin gayreek brethren to DNA tests and we can stuff the proof up your wog arses.

What DNA do I have? You are talking shit. Only bitches talk shit.

You have brown turdkish shitskin DNA. And speaking of bitches, your mother’s cunt is pretty tight…must be because your dad makarios had a little todger like gayreek statues, the cuck.

Are You related to Comic Ali or Potemkin?

People being less then 10 millions making a state in the midle of 2 billion muslims are no cowards.

Iran has no defence around Damaskus. Russia hold Israel back and they are not allowed to attack the damaskus center with Goverment buildings, the Palaces, Mosques and the Johannes Baptist grave and world heritage.

Russsia also try to keep Iran as well as Hesbollah away from the Golan border.

You knowledge is propagandized. You dont get any Iranian imporvement is met by the Israelian counterweapons. As usual You dont learn about the enemy, which is number one in normal effective warfare.

Ypu æearn, that when You have better weapons West, Israel and others are stupid sitting, blind ducks.

They and we are not.

That’s not the case you ignorant Danish faggot. The kikeroaches were breastfed dollars, weapons and intelligence by the amerikwans and an arm-twisted Europe to prop it up until they could come into their own economically and the arabs themselves are useless cretins of dune coons which made the job so much easier. Among arabs, Hezbollah was the first serious challenge to arise and beat the kikeroaches twice, something they seethe about privately, despite dressing it as a kikeroach victory.

Iranians are concentrated around idlib and deir-ez-zour, not damascus or syria’s west and south, you dumbfuck and the kikeroach air force never bombs there. Also, Hezbollah holds multiple positions in quneitra and the golan heights, so you are an uninformed cretin or a lying cunt, possibly both. I follow these wars in detail – these tie I my family’s own ancestral struggles.

Where are these kikeroach “counterweapons”, huh? They lost an F-16 to an S-200 battery and then resorted to using only F-35s until even that was hit (again an S-200) and they passed it of as the lie of a “bird collision”. Since then, they never penetrate syrian airspace and fire missiles from lebanese skies (BVR engagements).

You know, I am of Lombard and Norman descent myself and from a southern Germanic to a northern Germanic, I would beat the brakes off you for simping for kikes.

Greeks are also God’s chosen that’s why we are at the receiving end of jealousy.

Only gravediggers and coffinmakers unite the whole world.

Listen, faggot. If you were so chosen, how come your false shitskin god allowed the turdks to beat you by a landslide in 1921-1923? Bear in mind that the ottoman empire had just been defeat and it’s military demobilized and YET, they re-banded despite internal opposition to reconquer Anatolia AND western Thrace.

Yes, your brown turd wog god chose you indeed…to be his companions in uselessness.

You’ve been in loss permanently since the Romans conquered you in antiquity :-D

And even your faggoty gayreek byzantine empire was a state that was almost always in steady decline, right from the very beginning. Even more funnily, it’s greatest kings weren’t even ethnic gayreeks LMAO

Proof that you’re another gaggle of backward shitskins, no different from the dune coon hordes of West Asia.

Steady decline. The only state that survived a millenium.

Yes, steady decline. The faggot gayreek emperors were reduced to client kings in a rump state since 1204.

Besides, you’re wrong – the gayreek empire of the byzantine wogs lasted less than 1000 years since the fall of Rome in 476 AD and ancient egypt lasted even longer than a millennium.

Ancient Egypt were different states. Byzantines were one.

Wrong, faggot. The imperial dynastic rule in Egypt persisted across 26 dynasties roughly and is only divided by period due to the longevity.

By contrast, the gayreek byzantine empire was effectively vanished by the time the Latins sacked it in 1204.

But it rose again. And it will rise in the future. Just wait.

They are mad because they lost their spies in Lebanon and Syria.