Early on January 22, Israeli warplanes launched strikes at targets in the vicinity of the city of Hama in central Syria.

According to the Syrian Defense Ministry, the attack was launched from Lebanese airspace, from the area of the city of Tripoli at about 4AM local time.

The Syrian side claims that its air defense forces intercepted most of the missiles. However, local sources say that at least several missiles hit the targets. 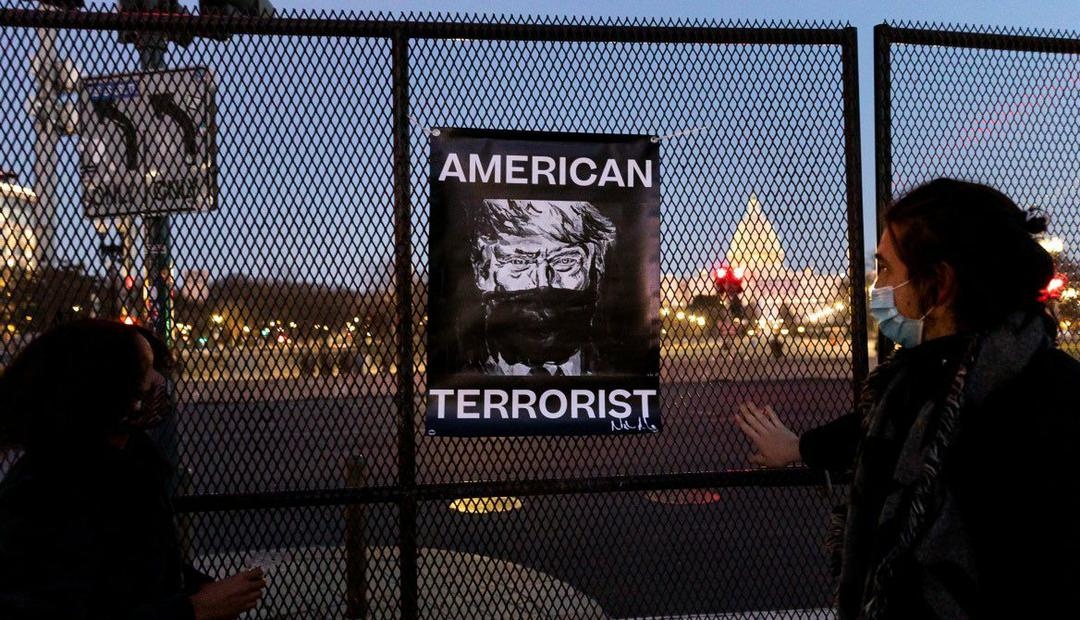 but at the same time precisely why the jews in palestine needs to be evicted from the face of earth – there is no peace until they are all forced out existence the hard way. and owing to their continuous war criminality and crimes against humanity and the grasping after anything that ain’t theirs no one would really put up the country to be stolen.

I have a feeling that Iran has made a decision to strike the Zionists soon. That is why they are running with overflowing diapers. Iran is waiting to see how Biden acts and then will unleash hell.

Israel only attack SAA not Iran!…even the last attack vs Al Bukamal was targeting SAA not Iranians!…also IAF dont attack Hezbollah bases in Lebanon and even less Iranian soil!…why? because they know Iran can spend one month launching ballistic missile vs Israel and they cannot do anything to avoid it!

Can not do anything to avoid it? Are you sure?

Since 2006 IRGC knows that Israel cannot resist constant attacks in its soil..and Iran have the resources to put Israeli people inside shelters during one months….too much for coward israeli people!

Pray to God we won’t start another war, because Israel won’t be on the losing side.

I hope so I hope so. post haste! the jews have overstayed their existential deadline by miles or eons.

The Objective told me that ”Syria and Israel discuss ejecting Iran from Syria. This negotiations was held under Russian auspices.” What a joke. Then what are these airstrikes?

Frankly, “objective” is a Somali Wahhabi punk living in the US and is paid to post anti-Iran nonsense and all his idiotic posts are laughable. However, Russia and especially Putin is protecting the Zionists and so far Iran and Syria have not retaliated for these pointless airstrikes which have provided Iran with an intelligence bonanza, but sooner or later Iranian “strategic patience” will wear out and they will strike the Zionists. Russia is neither Turkey, Iran or Syria’s friend, and it is about to come under intense US “maximum pressure” as Biden and the new US Jew secy of state is very anti-Russia. They are scared of China and Iran, but think that they can balkanize Russia on the Yugoslav model.

They’re free to try to balkanize Turkiye, Russia, Iran, etc lol. It will never work and certainly there will be consequences for them.

They are scared of Turkey and Iran as they are getting closer, but Russia is full of oligarchy Jews in almost all positions of power, so they think that Russia is easy target. So far Putin’s coddling of his “American partners” has only weaken Russia. If you look at Russian history, the imperialists and “white Russians” mostly Jews almost succeeded in destroying Russia in 1917-1922 after the Marxist Jews like Lenin got hold of it. Iran and Turkey are not that easy targets. The most interesting and welcome development is Turkey, Iran and Pakistan coming together and linking up with China’s One Belt. Iran and Pakistan are two nuclear states and it is only a matter of time Turkey will also become one. The CIA is also trying to overthrow Imran Khan as he is not playing along. Go to Pakistan Defence Forum, which is their ISI mouthpiece and gives a good insight into what’s going on. The idiotic Greeks are linking up with starving India.

Well it’s the first since Biden – so the same, same will be going on. Does anbody know something to confirm this story here?

‘It only took 24 Hours: US Sends MAJOR Convoys Into Syria; Russian Moving Convoys to Intercept!’
https://halturnerradioshow.com/index.php/en/news-page/world/it-only-took-24-hours-us-sends-major-convoys-into-syria-russian-moving-convoys-to-intercept

I can’t find a second source – is there something in it, or is it just the usual disinformation?

The new CIA chief who was in the Bush administration, President-elect Joe Biden has named William Burns, a deputy secretary of state in the Obama administration, as his pick for CIA director, he is an expert on Russia and served as US ambassador there and thinks that he knows how weak and vulnerable Russia is. He has openly stated that Russia will now be US target number one.

Jepp there is nothing good for peace about that guy:
‘Special Assistant to Secretaries Warren Christopher and Madeleine Albright,…
….He is the recipient of Anti-Defamation League’s Distinguished Statesman Award (2014)’
https://en.wikipedia.org/wiki/William_Joseph_Burns

Smells of B’Nai B’rith, since Madeleine Albright is Frankist, so ist the B’Nai B’rith founded ADL -and the B’Nai B’rith was founded by the Frankists. They are all ‘Gog against Magog’ desciples -out of some evil old faked book, ment to kill everybody…

The new CIA chief “thinks that he knows how weak and vulnerable Russia is”.

Did he tell you it?

You brainwashed moron repeat like “mantra” that Russia is responsable for anything happes in the world, while US are the lighthouse of democracy.
What do think of 25k soldiers of NG and thousand of policeman, FBI, seccret service, snipers and martians too that were all around the white house to protect Biden?
They were so scared of “american terrorist and “far right extremist”?
Hahaha, what a joke America is.
Did the US regime fear the 2^ american civil war or a colour revolution, like they usually export around the world?
US very well know what means “terrorism” as they are the largest exporters.
Wait and see what very soon will happen in the “land of freedom” and “democracy”

Obviously the Iranians aren’t moving fast enough, and they’ve just sent more 4th division soldiers and tanks into Darra to reinforce the Hezbollah units there, maybe that’s why the Israelis are upset.
He told you exactly the same thing SF told you a few days ago but you must’ve missed that story, so here’s a refresher, it explains everything that’s happened since 2017 from a Russian perspective.

“In July 2018, the Syrian regime forces with Russian support and US approval controlled the South, successfully preventing all forms of conflict through agreement with the people under Russian guarantees to grant them a form of decentralized administration. But in May 2020, the regime revoked his pledges and deployed forces pursued by Shiite militias in order to bring back the control over Daraa and prevent another uprising. This also led to fulfill Iranian desire to obtain the same security and strategic interests that the Russians granted to the Turks in northern Syria; to obtain means to counteract US-Israeli escalation, and to strengthen its nuclear negotiating position.
As a result of the Russian failure to implement the terms of the 2017 agreement with Jordan and the United States, the Shiite militias remained present in southern Syria with the 4th Division of the regime’s army, as well as the increased number of arrests and assassinations among the Revolutionaries. Daraa province became the epicenter of a Russian-Iranian conflict. Russia sought to expel the Fourth Division from the province and reinforce the influence of its “proxy”, the Fifth Corps, but they failed, and the protracted conflict caused destabilization in the region, increased the number of assassinations, as well as boosted drug and weapons trafficking.
The Iranians object to the Russian position and accuse it of colluding with Israel and connivance of its military operations against Iranian sites and militias in southern Syria.
To this end, with the intention of creating mechanism to distance the Iranian militias 60 km from the Jordanian and Israeli borders, as stated in the agreement with the Russians, Ahmed Odeh, commander of the 8th Brigade of the Fifth Corps, visited the Jordanian capital, accompanied by a Russian delegation at the end of November 2020.”

“This trend will be strengthened in case of the Saudi-Israeli rapprochement, with the participation of the United States and Jordan, and in coordination with Russia, seeking to create a reality that leads to stability in Syria without Iran. If Russia abandons its desire to manage the security arrangements in southern Syria alone in exchange of guaranteeing its interests by reconciling the various factions and integrating them into The Fifth Corps, this could lead to establishing of an autonomy project in the South that would serve Russian interests, meet the requirements of Israeli and Jordanian security, and gain American contentment.”

That explains what the Russians have done so far and also explains what they want to do in the future, and obviously Assad had to have agreed to the Russian deal in 2017 because it’s been in effect right up until the start of last year, but now that the Iranians have totally ignored the old Russian deal the Russians are proposing a new and even more substantial mechanism to help eject Iran from the area, which includes Israel, the Saudis, Jordan, and the UAE, which means their forces like the Southern Front Alliance and other reconciled opposition groups, will now be recruited into the Russian backed 5th army Corps, and they’ll provide security for the southern Governorates, not Iran, or Hezbollah, or even the SAA 4th division.
It all depends on whether or not Assad listens to the Russians or the Iranians, if he takes the Russian path he’ll lose some measure of political control in the south, but if he ignores them he’ll probably lose them to a combination of rebellion and foreign military intervention, so I’m betting Assad eventually follows the Russians path, he did in 2017.

Fog of War
Reply to  Shadow

” Then what are these airstrikes? ”

A one world government.with jerusalem as its capital under satanic leadership.
All nations that recognize the illegal satanic entity named israel are part of the agenda.This includes russia,usa,uk,china,france etc…

The control can only…and will be through nanobots/5G….digital currency……..

IT IS THE DIGITAL VACCINATION PASS that is the purpose……….u dummies !!!!!

Check it out for yourselves..it is called the

the barcode that is currently used in 100% of countries world wide……and if u dummies check and LOOK at the barcodes on your products at home … the first, the centre and the last codes are longer with no number below it……….. 666

We went easy on them this time, seems like it anyway.

Its ok. Syria can absorb blow after blow, and take countless casualties. The best way to win a a battle is not to resist at all. Eventually the attacker will get tired and return home. Stay the course Syria, stay the course.

it’s about time for putin to tell the jews in palestine that they better behave or he will unload say 24 or 48 missiles or as many as it takes on tel aviv from the Caspian Sea. problem is he’s sitting on his hands, and don’t want to engage the illegal occupiers of palestine. pity that he turns out to be a soft touch for the jews.