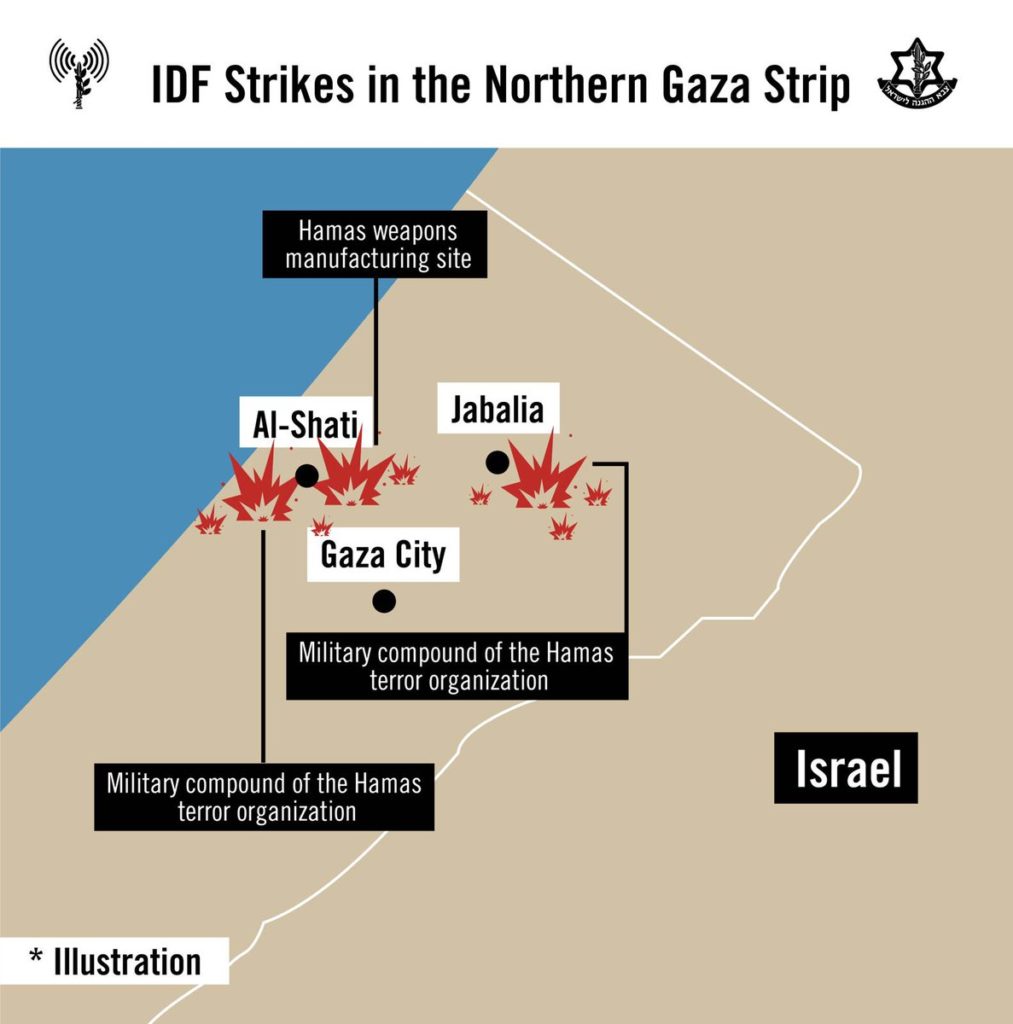 Last night, warplanes of the Israeli Air Force carried out strikes on 9 targets allegedly belonging to the Palestinian Hamas movement in the Gaza Strip, the Israeli Defense Forces (IDF) said.

According to the IDF, the targets were located in two military compounds and weapons manufacturing site of Hamas.

The IDF said that the strikes had been conducted “in response to arson and explosive kites and balloons that’ve been launched into Israel”. On June 16, the IDF wounded two Palestinians in the Gaza Strip attempting to launch incendiary balloons across the contact line into the Israeli-held area, according to the Israeli side.

The IDF has repeatedly said that it helds Hamas responsible for all “violence emanating from the Gaza Strip”. At least 130 Palestinians in Gaza have been killed by Israeli gunfire during the last escalation of protests. No Israelis have been killed.

… And the World says nothing.. This are the effects of Trump’s barking with “MmmuuuuuUUUUUUUUUUUUSSSSSSSSssslims!… MuuuuuuuuuSSSSSSliiims!”, and the ISIS savageness, plus the invasion of Europe with the whole Middle-East and North-African g@rbage.

Now WE KNOW WHY ( under other goals) it was made so much noise about Muslims: to give BIBI free-hand to slaughter the Palestinian without so much protests of the World’s Public Oppinion. But I said that already since 2017, even by Prison Planet (Adelson’s pYgsty) Breitbart..(MERCER’s pYgsty)

“..in Northern GAZA”.. A-HA !…. What a coincidence, right? There are GAS and OIL-reserves recently discovered, like in the GOLAN-zone And Israel wants to depopulate that zone ( and then occupy it again, under some shitty pretext)

Re-occupy Gaza? LOL the idf cowards came in with tanks during the last Gaza assault and turned right round after a 5 kilometer ‘incursion’. Naah, they prefer the air force video game kinda battle. I think we can safely say the israelis like their wars remote and cushy.

It’s deja vu all over again…

Support mean that remain silent on butchering children in Palestine, Syria and Yemen.

thats pure satanic, not human….amazing how the satanic jews always proof my arguements 100% spot on.

The lives of the child butchers Trump, Salman, Netanyahu and Israel are not beneficial to this world. They are evil. Therefore, their elimination is better for the future generation of this world.