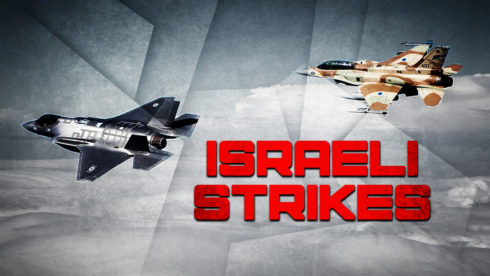 Warplanes of the Israeli Air Force reportedly hit several targets in southern Syria in the early hours of October 25th.

Several facilities linked to the Hezbollah and the Syrian Arab Army (SAA) were reportedly targeted on the outskirts of the city of Al-Baath and the village of Al-Krum in the al-Quneitra governorate in southern Syria.

No casualties have been reported so far.

The Israeli Defense Forces (IDF) are yet to comment on the strikes. The Syrian state media and the Hezbollah media have not reported on the issue.

If confirmed, the attack in Quneitra is the first IDF strike on targets in Syria after talks between Israeli Prime Minister Naftali Bennett and Russian President Vladimir Putin in Sochi, where, among other things, the situation in Syria was discussed.

Following the Israeli-Russian talks, Israel’s Housing Minister reported that they’ve come to an understanding whereby Putin will keep a deconfliction mechanism in place, and allow Israel to strike Syria with no response. The results of the meeting were treated as Moscow’s “green light” to Israeli strikes on Syria.

Israeli Prime Minister Naftali Bennett said: “We talked about the situation in Syria and came to good and stable agreements.” In his turn, Housing Minister Zeev Elkin said: “An agreement has indeed been reached with regard to Syria, according to which the agreements that existed under the previous government will remain in force.”

The last Israeli raid in Syria took place in the late hours of October 13th. A series of Israeli airstrikes hit the outskirts of the ancient Syrian city of Palmyra in the eastern countryside of Homs. A Syrian soldier and three pro-Iranian fighters were reportedly killed.

“The results of the meeting were treated as the Moscow’s “green light” to Israeli strikes on Syria.”

Propaganda bullshit. The Russians have left it up to the Syrians to defend their Southern borders. They cannot be in all places at all times given the limited contingent of deployed personnel and equipment.

Does any idiot believe the Russians will send in 200K soldiers and 500 aircraft?

Israel is a NATO colony project
Reply to  block

No. But they should. It’s time to whipe Shitrael from the map.

block
Reply to  Israel is a NATO colony project

A narrow view of the entire map despite your populist rhetoric. Should the zionist swine be wiped out? Of course, but it is not for the Russians to take unilateral action.

But they are supposed to be allied with Syria,in 1982 when Israel invaded Lebanon and shelled Beirut for three months from land sea and air,there were reports the then Soviet Union got on the phone to the US and tols them if they didn’t stop the Israelis,then they would.

Why would you compare the Soviet Union with Russia? Is it the same geopolitical era?

Yeah but Israel is mostly Russian speaking state. And Russia wants relations with both.

Yes, Chabad is powerful is Russia too. Syria is Russia’s fiancé… but Israel her (not so secret) lover.

That has nothing to do with it. Russia seeks only to preserve it’s own geopolitical and poltical interests. It wants Assad in power because he is the guy that gave them a Med base in Latakia. The rest they couldn’t care about. Russia would only stabilise Syria as far as it needs to for its own interest. Its really upto the major stakeholders whose lives are in turmoil ever since the establishment of the whore state of Israel – Syria, Lebanon, Iran and the Gaza resistance

That was USSR in 1982. This is Russian Federation today. Russia is indeed Syria’s ally, a close ally. What Assad requested when he called the Kremlin, was “military assistance.” He didn’t request Russia come to Syria, and kick it’s enemies ass for him. Putin spent a year looking for a peaceful solution to the war, without success. I would urge you to get with what time it is, and what applied to USSR, doesn’t apply to Russian Federation. There’s a clear cut end of USSR, and the beginning of Russian Federation. Further, this isn’t Russia’s war, it’s Syria’s war, and Syria is winning. Russia has it’s own issue’s, and still manages to supply military technology, adviser’s, team’s to upgrade military hardware, create financial system’s to bypass Western banking so sanctioned countries can pay, and be paid for trade, for about half the world. What do you expect from Russia ? Seem’s to me Russia is doing everything it signed on to do, and much more. There’s geopolitical consideration’s that affect the entire world.

Russia is also gaining an invaluable testing ground for all its new, un-battle tested technologies as well as a Meditteranean base no-one else will give it

True – but that was all hot air. They also at some stage threatened to nuke sh1trael outta existence, but alas, that too didnt happen. Iran carries the burden of this arduous but necessary task

Pootin licks the rect um of chichenshit Satanyahoo and Bennett the gayboy, both sons of lucifer

True. The annihilation of Sh1trael should squarely fall into the hands of the axis of resistance. One cannot believe that that outcome would not occur sooner or later given that Iran has and continues to build missile and arms factories in Syria with Syria ceding its territory as a forward base for the joyous destruction of the Rothchild’s illegitimate child in the ME

Dave
Reply to  Israel is a NATO colony project

No, Israel is not a NATO project, it started long before NATO. But it’s a colonial project, to be sure.

They don’t need to,but Israeli has been given far too much rope with their attacks,where the hell are those S-300s,does Syria actually have any?also maybe the time is coming for Hezbollah to start missile attacks on Israel,there will be a major show down at some stage maybe now is the time.

I am being “moderately” censored. Suffice it to say, timing is everything as you have implied.

200% right. Israel and US cannot engage Hezbollah directly – they are at their best right now – so they tried igniting a civil war but the Hezb did not fall for the Joke. A war will have to begin in the very near future else the edge that Hezbollah has will wane within 5 years – all those battle hardened Syrian theatre commanders will have retired. Things are progressing well – the May war showed that Israel could be forced to fight on several fronts including the home front. What they did to Syria could soon befall them.

That’s BS. Of course Russia could defend Syria against Israeli aggression… with what they have there. They don’t want to piss off ISreal, that’s all. Yes, green light. Sure, the Syrians will try to do something, but they’re mostly finished.

Levantines are divided into five states while Turks and Iranians made their united states. Turkey and Iran could have broken into at least 7 states but their leaderships were clever to make concessions and not to allow this.

Laughable reading idiots talking about Russia “green lighting” this or that. From day one they made it clear they would operate in Syria, under invitation, in a limited capacity.

You stupid ass snowflakers cannot even remember 2015/2016. You have the attention span of dogshit. The average informed Russian would laugh at your stupidity. No concept of military strategy, geopolitics, diplomacy etc.

Iran and Hezbollah don’t start wars. If that were the case, Hezbollah would’ve declared war long time ago, and Iran was in the right to do it in January 2020. Iran and its allies play it patiently and let their enemies come to them. It also keeps them in the right, and harder to convince the world they’re in the wrong if they weren’t the ones who declared war.

Interested parties are stirring up trouble inside Lebanon. A new (old) strategy to weaken Hezbollah. Israel is clearly afraid of Hezbollah, not daring to confront them directly in Lebanon, trying to hassle them in Syria. They’re now using their old friends the falangists to threaten civil war in Lebanon. Dangerous play. Conversely, nothing much will move in Syria. I agree that time is on Hezbollah’s side more than it is on Israel’s.

No kidding……We just have to be patient.

The only ‘facilities’ the joos ever it are the blow-up decoys Iran leaves lying in the desert for them.

Putin meets Bennet. They talk about Syria and Iran, no doubt. Then, within 72 hours, Israel strikes Iranian and Hezbollah sites in al Quinetra. Did someone give someone else a green light????

Not necessarily, Israel isn’t exactly known for it’s honor, keeping it’s word, or anything honest. As long as US Government is able to protect Israel, it will, whether it want’s to, or not, the City of London call’s the shot’s in the West, and country’s it controls, with debt, puppet Government’s. Non-compliance with the cabal’s direction, has severe consequences, take Iran as example. 43 year’s worth, all because Iran had the audacity to overthrow the Shah puppet, and restore it’s legitimate Government, and throw Rothschild’s Central Bank out. The cabal had Iraq attack Iran, asset’s in Western bank’s frozen, sanction’s up the ass, then piled on, threat’s, CIA de-stabilizing the country, and Israel doing it’s Godless thing’s. And, you clown’s that think Russia has nothing else to do but fight Syria’s war for it, and watch paint dry.

.. and just how would that cok sucker from his London council flat know what is going on in Syrian.

My only question is when can we finally punch the Zionists in the face and give to them a bloody nose?