Israeli warplanes carried out late on December 4 a series of airstrikes on Iranian positions in the southern countryside of the Syrian governorate of Deir Ezzor, the Deir Ezzor 24 blog and several other local sources reported.

According to the blog, the airstrikes targeted Iranian forces at the al-Hamadan airport north of the city of al-Bukamal on the Syrian-Iraqi border.

The U News agency, which is known for its close ties with Lebanon’s Hezbollah and Iranian forces in Syria, also shared reports on Israeli airstrikes on southern Deir Ezzor, but did not confirm them.

Earlier this year, suspected Israeli warplanes carried out a series of airstrikes on alleged Iranian missile base southwest of al-Bukamal. The airstrikes didn’t stop the construction of the site, which intensified in the last few months.

It remains unclear how Israeli warplanes are managing to strike Deir Ezzor, deep in Syria’s eastern region. Many reports claim that the Israeli Air Force (IAF) is using its “stealth” F-35 warplanes to sneak through Jordan’s airspace.

Very much agree with you R-10. Find it exceptionally difficult to believe that the IRG would continue to allow IsraHelli F-fuk-ups to attack them week in week out. IRG upgraded S300s are more than capable of taking out all Squatter aircraft from a home base or from within a secure Iraqi one.

Why are you crying bitch? we can strike them anytime and anywhere we want, we just don’t want to risk Russian forces. Shia militias and Persians are expendable.

Have had a happy Kid-Hunt today Antisemitic IDF Epstein Parasite?

stfu mongrel. the true Jews are these.. 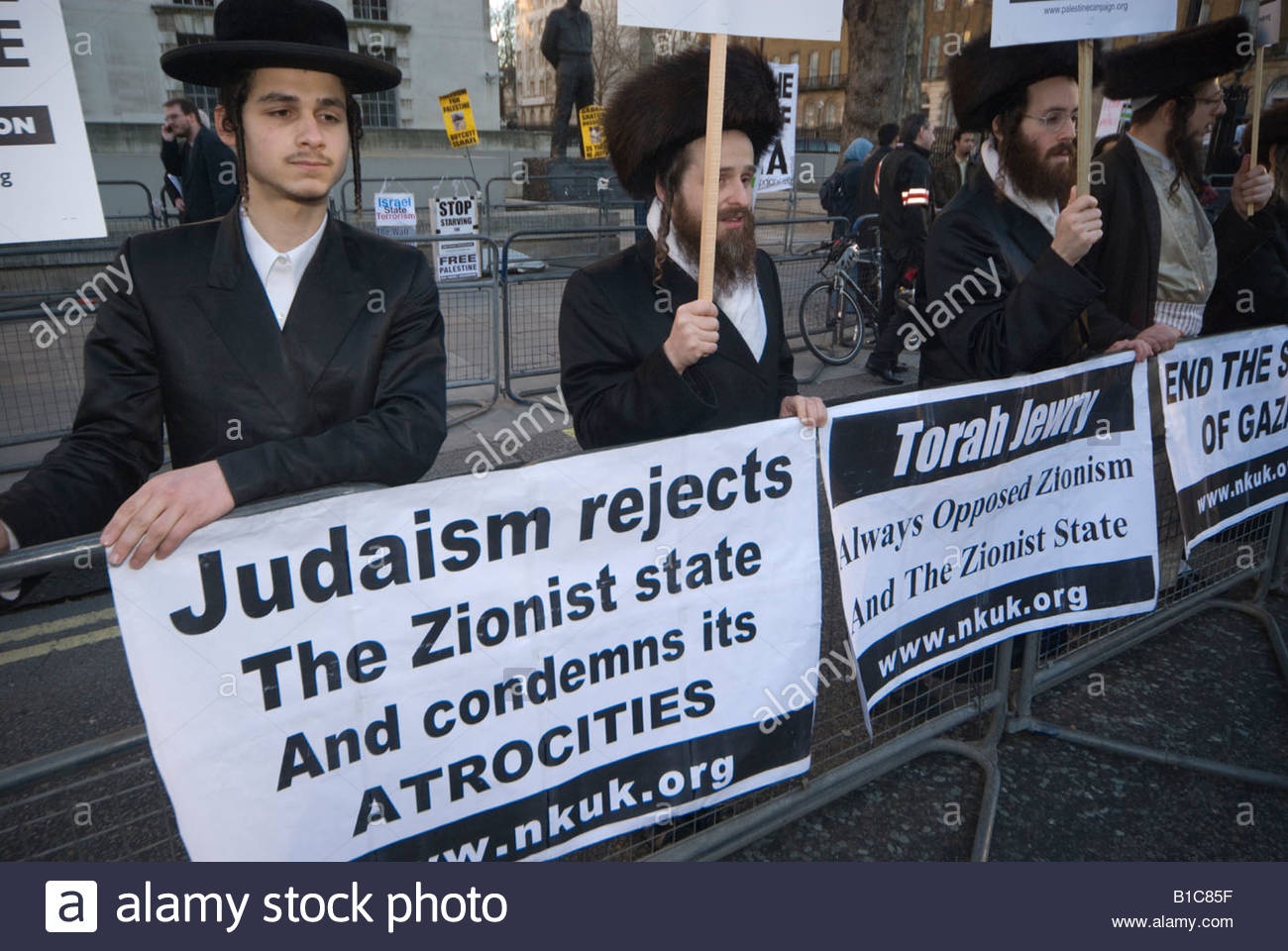 Well it’s costing the ZiUS plenty to do it, and very little damage to infrastructure.
Vlad will bring out the cockroach spray when required.

Pfff your strikes are but mosquito bites. By attacking pro syrian forces, you are defacto helping the goatfuckers you claim to hate so much.
Let menclear it up for you.

YOU ARE THE SAME AS THE GOATFUCKERS!

In the curious case of F-35s you only have to wait until the Stealth Coating has peeled off..then they will become visible again…

Thanks for the link.
I always wonder if i should cry or laugh every time i read that article.

Or open the bomb bay doors.

“It remains unclear how Israeli warplanes are managing to strike Deir Ezzor, deep in Syria’s eastern region. Many reports claim that the Israeli Air Force (IAF) is using its “stealth” F-35 warplanes to sneak through Jordan airspace.”

Really?
They dont know?
Come on, just fly NOE and make sure the radaroperators are looking the other in the mean time, thats it.
It was possible for a handfull of F-16, 38 years ago, to strike a nuclear reactor next to Baghdad, a 1000NM trip, but apparently the author dont know that.
For me theres no mystery here, just a “standard” IAF deepstrike mission.

And US-advised Jordanian operators to keep their eyes off the flashing dots whenever they appear indeed and certainly warn no one around about impending strikes. Had this country been outside of the American sphere of influence, such attacks would have been extremely risky if not outright impossible. As for such deep penetration strikes to be even planned you need : 1 – a much weaker enemy with close to zero direct retaliation ability, and 2 – for it to be ringed with allies of yours or at least neutral actors that do not interfere in any way whatsoever in the mission execution (Iraqi sovereignty and air-defense ability are both big jokes at the moment, Jordan is opposed to Iranian influence there as well). Every time those two key conditions are met, Israel (or any other country with malign intentions for that matter) performs its strikes.

Iran has never been struck once directly, and so despite an almost two decades-old saber rattling by various Israeli officials threatening to “solve the nuclear problem next month”, since none of the conditions are met : Turkey won’t look the other way, nor will Iraq or even Syria for that matter (Damascus lacks the ability to kill IDF planes in Lebanon, though crossing large parts of their skies to strike another country is a different story, the same goes for Russia) and since there no direct borders with friendly GCC states, no matter if they ignore the IAF or open their airspace, Iran’s EW network will see the Israeli planes coming from the PG, the element of surprise is mostly nullified there. Plus, Iran can take out IDF planes and retaliate on their home bases with ballistic missile strikes of its own in a matter of minutes.

Lebanon ? Condition 1 is met : no one will bother Israel crossing the border and its planes consider Lebanese airspace as their own daily. But 2 is a no-go : Hezbollah can strike all of Israel big time in immediate retaliation with its thousands of diversified rockets, and they certainly have a demonstrated war-fighting ability during long conflicts to challenge the IDF and gradually erode the Israeli homefront like they’ve done pretty much every time.

Syria ? Condition 1 is met : direct borders and an airspace they don’t even need to cross (Lebanon is there for stand-off strikes), and so is condition 2 : Putin has shown that no matter what happens on the ground, he doesn’t give a rat’s ass about pinprick attacks from his best buddy Bibi whenever he insists a bit when the two meet and go for a Bolshoï ride together. He doesn’t care one bit about securing the whole of Syria or actually protecting its sovereignty. And contrary to Hezbollah, Syrian armed forces currently find themselves without an ounce of ability to respond even minimally to these strikes, since all that matters to Assad at the moment is to remain in power, and keeping his dignity or avoid humiliation are of no concerns for him at this point. he will just let his people absorb hits and care about himself.

Not very good pub for the S300. These are just dinky toys !

Correct me if im worng, but the S-300 are focused towards Israel and Turkey in the opposite corner of Syria.

And im in no doubt that IAF knows where every single S-300 is, and planned the route accordingly.

The US Patriot missiles have actually PROVED there worth… USELESS..

Zionist-scums are hitting from US bases in Irak.
This is plain obvious.

The onlt scum is your dad, now he has a scum son too :)

IDF Paedophiles are scum of the Earth…

<>; Are you in a bad mood because your boy friend Jacob is not around? :(

No bitch, I’m in a bad mood because Bibi is still in power. Otherwise the Iranians would go back home in bodybags every single day in Syria.

Mr Champion ZioNazi-demon with the Top Rating in thumbs Down.
See the world does hate demons, zioNazi-demons

The more thumbs down I get, the more it shows I’m right and people hate my truth. It’s ok, better be a demon that a man called Caesar polar :)

Yes we hate “your truth”, because its lies.

Your a genocidal maniac, if advocating for genocide is your truth, well mostly im just sad for you, makes me wonder where you lost your humanity along the way.

Being a barbarian is not cool, i dont understand what you gain from being one.

I lost friends, they need to pay with blood too.

So why don’t you kill another 1,000 unarmed Iranian protesters in response ?
The mullahs regime is the embodiment of cowardice on earth.

How is Saudi Arabia related to Iranian cowardice?

Saudis are worse than Iranians in every aspect!
Everybody is talking about Iran and how bad they are, and that is truth but at the same time those who hate Iran are best buddies with even worse scum. Saudi involvement in all of this shit happening in ME is stirred by KSA in a great deal! I really hate that hypocrisy done by many!

Leave filthy zioNazi-demon. Leave by the name of God.

God wants you to take your pills.

In response, the IRGC will kill another 1,000 unarmed Iranian protesters.
LOL.

it is time to finish off the squatters once and for all spell it termination of the illegal occupiers and send them swimming in the Med.

The Israelis know that Syria, Iraq or Iran are unlikely to strike Israel because none of those countries want to trigger WWIII. But sooner or later Israeli provocation will get its comeuppance. One day the unprovoked aggression WILL eventually trigger WWIII (you know, that war where Issa son of Miriam returns to defeat the Dajjal at the gates of Al Quds). It’s going to be a big surprise to one of the monotheistic religions.

Isra fucking hell is a terrorist entity..How about the following headlines.. Israeli TERRORIST Warplanes..? Because you are fucking whitewashing the the whole news..

What are the Iranians doing in Syria right now, are they doing anything useful for Syria, lets see.
They tried to help Turkey swindle Assad into accepting that God awful resolution 2254 which he didn’t, Assad steadily refuse to accept it for more than 4 years until the UN made him a better offer, so no the Iranians weren’t too helpful in that regard.
And what about the fighting, are they helping the SAA anywhere at all in Syrian right now, no they’re not, they’re just helping themselves right now, and selling heaps of oil to Turkey.
So why do they need to be here now, oh that’s right, Israels the reason they’re here, that’s why Assad has to put up with the Israeli bombings.
If the Iranians don’t want to help Assad get rid of the Turks maybe they should just go home too, antagonizing the Israelis is perfectly ok when there’s a justifiable reason, but when there’s no justifiable reason why antagonize the Israelis for nothing.
It’s been nearly 18 months since the Iranians or Hezbollah engaged in any meaningful fighting in Syria and I don’t like free loaders, especially when they continually provoke Assad’s Mafia boss neighbours into attacking Syria, fair enough if Assad was getting something useful for his troubles but he’s not, he has to put up with Israels attacks despite the fact the Iranians have stopped helping him militarily, so I think it’s time the Iranians were given a hint, either put up or pack up, and stop brown nosing Erdogan.