The satellite images, which were shared by the Aurora Intel Twitter account on November 28, confirmed that the strikes destroyed the main radar of a Pechora 2M system deployed near the town of Hayjanah, south of Damascus.

Still finding additional airstrike evidence from older reported #IDF airstrikes in #Syria. Imagery from 22nd Sept. shows the targeting of an SNR-125 “Low Blow” radar belonging to an S-125 battery in Hayjanah. No new radar can be seen in recent Nov. imagery, one launcher down too. pic.twitter.com/qw8LYnNy8t

The Pechora 2M is an upgraded version of the original Soviet S-125. The version was designed to address the threat of small aerial targets, like drones and cruise missiles. The system’s maximum range is 35 km.

More than 100 S-125 air-defense systems were in service with the Syrian Air Defense Forces prior to 2011. At least 12 of the systems were upgraded to the Pechora 2M standard.

The Hayjanah air defense base was not the only target of the August 31 strikes. A headquarters and a warehouse near Damascus International Airport were also targeted.

Israel rarely disclose the targets of its strikes on Syria. On the other side, Damascus’ Ministry of Defense never reveals its material losses.

Sorry but I dont see nothing about a S-125 system destroyed…or radar system desployed!..Israeli image usually show warehouse…there thousands in Syria ( you can see in google earth) and many of them destroyed as a result of civil war or abandoned in ruins…

“All he believes are his eyes,
And his eyes, they just tell him lies”
Bob Dylan

Ahh a believer… trying to look smart :)”
“I believe i can fly..”
R. Kelly
Fly a away to your believers discussion club lol

SF how a S-125 Pechora 2M is new in any way shape or form? still is old equipment, there’s a lot of things that Russia gave (donated) to Syria that it’s not new but still useful in many ways (things that they can spare because they are creating modern toys), but to claim that this system is new? wut?

We should start to question who is redacting things in SF, probably an americunt or some retard of some sort, don’t get me wrong, many of your articles are very neutral, but some others have some inaccuracies or are little bit bias to the U.S regime.

Trolling Russia and everything Russian is getting every day more sophisticated…Now they start with compliments to sneak more easily to you and stab you in the back while smiling at you.

Good enough to knock off a few then world leading stealth f117s and all the latest german drones,so it seems the f35 is not so invincible otherwise why fear this 50s tech?

Just shows us that Mach 3,5 old rockets are fast enough And with few upgrades and radars good enough… can be as lethal as most of the “modern” stuff…
Money saver defenses.

Mach 3.5,that explains alot,yes the proven concepts without the marketing bullsht are more effective than newbys billions/trillions,indeed economic saving utilities>

The F117 was downed precisely because the S 125 was so obsolete that its radars were too old for the F117 to be stealthy against. Amerikastan is now bringing the F117 back into service so the S125 is a threat.

Even most new S-400 is against planes and ballistic missiles. It can’t shoot small drones or guided glide bombs. Syrians had to put several Shilka around. 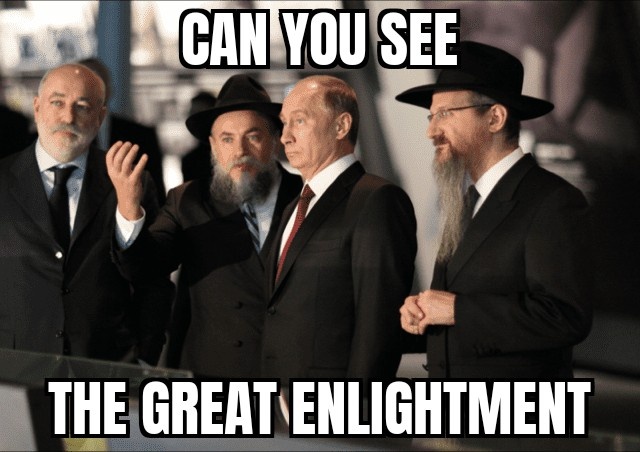 You have jews then you have jewhadis like porky nuland n sht,huge fkn difference!

If You had jews and the billion semilar ones, You would not be unproductive lazybums.

5 billion people in the world eat pork, because its good cheep meat and recycling. Its much better then tomany people, because we dont eat people.

You have leechers then you have midgets like Putin and Medvedev.

There is no Syrian AA battery we can’t destroy, it only depends if they use it against our jets to protect Iran. If it was up to me, I’d destroy every AA system they have including the S300 to put them in their place. The SAA has decided to keep hurting our national security, so they will keep dying.

Why don’t you try flying your jets in Syrian airspace you prick?

They are flying, prick.

But why fly in airspace when you can launch air strikes from afar and from safe space?

They certainly are not stupid as You propose. You just wrote about it above here as I recall.it.

true.. so much for the invincible pantsirs ! lol

TOR is invincibe, Pantsirs are simply good.
U.S. has no analog zgor it I may add…

long time no see i hope you did get good training in the military drills in the north beacause you will need it…tell bibi to give golan back to syria …if he does then expect no threat to your national security …give back what you stole, shabaa farms to lebanon and golan to syria and stop bullying and air violating = no problems from syria and hezbolah simple as that .

No … you’ll have to retake them

The Syrians need to build a modern airforce,the Russians could train them then Syrian fighter pilots could engage those Zionist gangsters in Lebanese airspace where the cowards launch their missiles from.

It would feel great to see a Syrian pilot gets shot down, unlike them our systems actually hit.

Check this out from 9 years earlier when a Syrian SAM 6 system took out 6 Israeli Fighters in a little over 2 hour period. The vid shows onhttps://duckduckgo.com/?q=syrian+sam+system+v+israeli+jet+1967&t=ffnt&atb=v179-1&iax=videos&ia=videos&iai=https%3A%2F%2Fwww.youtube.com%2Fwatch%3Fv%3D0SWxrkJHUzAe.

Remind me … what resulted in that War?

Did Syria retake the Golan? LMAO

NO ONE DOES THAT EXCEPT the Jews/ Zionists/ Israelis

The Golan was quiet for decades and has only been awakened by the IRGC / Hezbollah presence there today … eh?

I dont see soldiers protectig themself finding the best positions are cowards. They are clever unless they hide so much, thay cant fight.

Assads could invade Lebanon again too.

As a start You shiud send money. They have nothing there named money in Lebanon as well as Syria.

When all Syrians are dead the Israeliens will make a recycle factory there for iron melting.

Will never do because Putin is a Jew and a traitor to Russia and the Christian world.

Exactly. We Jews have you by the balls and you cant do a shit.

Our fighters hit all their targets in a precision strike and our boys returned safely home without a single scratch on their uniform.
Tomorrow Kremlin will issue a statement, that next time Israel do it again Russia will deliver S-300 to Assad.

I wouldnt call an S-125 advanced, its Vietnam era.

Stipp better than the Patriot, lol.

Putin is a Jew and a traitor to Russia and the Christian world.

So what does everyone want for Christmas, are they all placing new Israeli drones on their wish lists, or is it the new Russian AA systems they’re wishing for, we don’t know yet, so we’ll just have to wait until after Christmas to find out, then we’ll get to see who’s buying what from who.

I wonder just how many Syrian owned AA systems have been lost TRYING to protect Iranian assets, hopefully Assad sends the Iranians the bill for each and every one of them.

And I got into trouble earlier on in the year when I suggested the Russians themselves might in fact be responsible for encouraging the intensity and assisting the accuracy of the Israeli air/missile strikes against Iran, and wow didn’t I cop some flak for that, but I’m about to cop some more now so I’m getting used to it, so here we go again.
Russia’s increasing recruitment for it’s militias in Syria to beef up the numbers they need, but an Iranian faction from the Syrian Government forces just arrested 4 men who had just joined the Russian mercenary army, so in other words the Russians wanted them and the Iranians arrested them, not before they joined the Russian unit but after they were vetted by the Russians and officially recruited.
What does that tell you, it tells me the Russian’s might not be as unhappy as some people might believe to see Iran pushed out of As Suwayda, Darra, and Quneitra, at least then the Russian could fill their recruitment needs in peace without pro Iranian Syrian Government soldiers arresting the soldiers the Russian’s have already vetted and recruited.
That not only scares other potential recruits away and stops Russia recruiting the numbers they need, but it also pisses off the locals who much prefer Russia operating in their neighborhoods than Iran and Hezbollah.
Iran continually stabs Russia in the back and no one complains, I do and I’m criticized for it, and when I dare to suggest the Russians are benefitted every time the Iranians are pushed back in Syria, I’m called a troll, and when I go even further and also suggest there might be some Russian complicity in the timing and accuracy of the Israeli strikes against Iran, I’m called every name under the sun, LOL.
Why did the Iranian agents arrest the soldiers the Russians had already vetted and recruited, did they do something the Russians missed, or did they just do something the Iranians didn’t like, I’m waiting to find out the answer [that’s if I can], and I suggest other people try to find out the answer too.

In my opinion you blow a detail up to a big balloon and make it much more important than it is.
There can be a 100 good reasons why Iran arrested 4 Russian recruits.

You’re right, there could be a hundred good reasons for pro Iranian SAA soldiers to arrest pro Russian SAA soldiers, maybe even a thousand good reasons, I’d just like to know what the reason is.
And in my opinion I never try to make a mountain out of a molehill, or “blow a detail up to a big balloon and make it much more important than it is”, I simply try to point out the BLATANTLY obvious reoccurring problems between Iran and Russia, the ones you may be missing.
So I suggest you find out why the pro Iranian SAA soldiers arrested the pro Russian SAA soldiers and then decide if they had a valid reason or not, then if you think they did have a valid reason you can then claim I was just making mountains out of molehills, but if you can’t find a valid reason it might mean there really is a mountain to discover.
Here’s one possible reason the Iranians arrested ex opposition fighters now working for Russia, they may have been spying on Iran for your side, that could be a reason.

Thats what I thought. Russia cant keep track of every and each olive, especially not in a foreign area long from home, so maybe the Iranian part just knew these particular neighbours better than the Russians.

The story is based on Imagesat International, an Israeli defense company, photos. They could easily be CGI.

There may be photos from a non zioblock source that could either verify or discredit the information in this and similar stories that have been running for years.

Given that the information is coming from Israel that the UN is verifying is engaged in treaty violations and war crimes against Syria with it’s attacks on Syria. And Israel is being accused of fraud with relation to it’s claims about Iran’s nuclear program by weapons inspection experts. The veracity of these stories about destroying air defense systems in Syria is in question.

If this strike is true,of course, Russia did not want to stop it, Russia just saw the show.