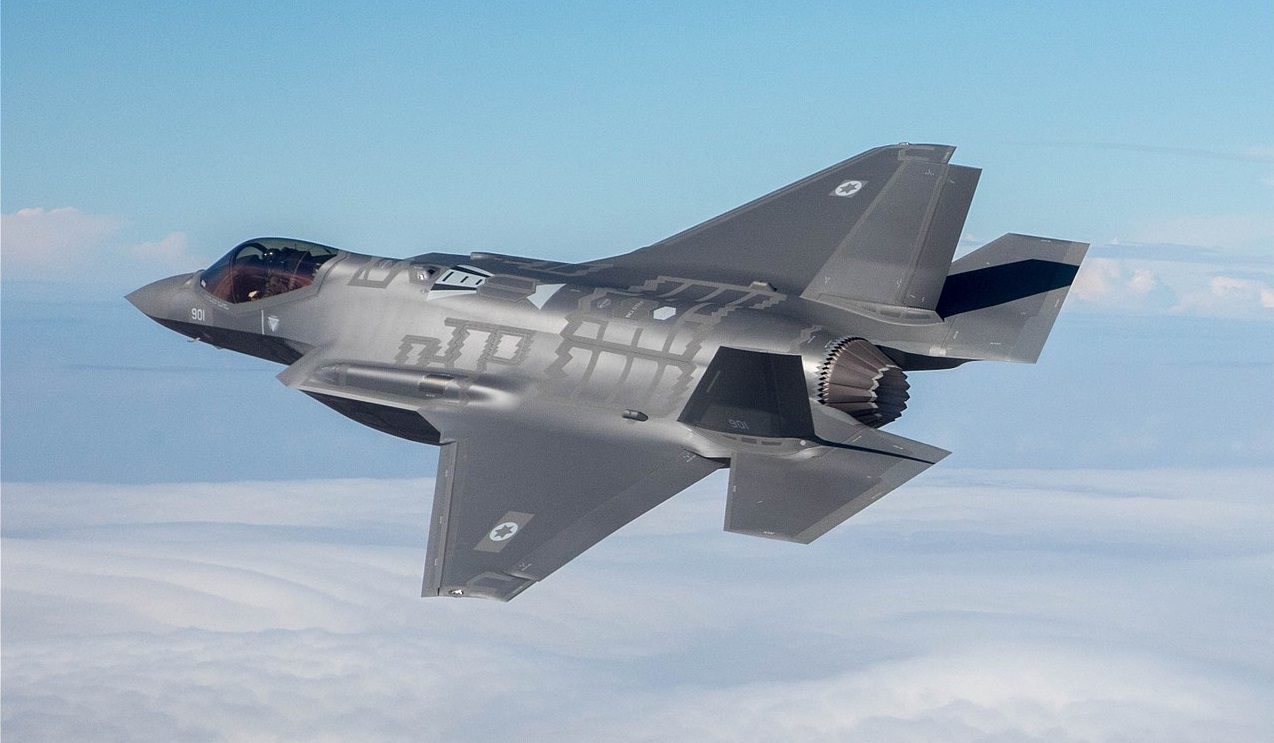 Late on July 19, a series of Israeli strikes hit the northern Syrian governorate of Aleppo, according to the Syrian Arab News Agency.

The airstrikes targeted the al-Safirah defense factories, 21 km to the south of Aleppo city. The complex, where Syria stored some of its chemical weapons before the 2013 deal, is now developing and producing conventional weapons and ammunition for the Syrian Arab Army.

According to Syrian sources, several Israeli munitions, supposedly no less than three, were intercepted by the Syrian Arab Air Defense Forces.

Despite some successful interceptions, several explosions were reported inside the al-Safira defense factories. Footage of the explosions was shared on social media.

This was not the first Israeli attack to target al-Safira. On September 11 of 2020, a series of Israeli airstrikes hit the military complex causing limited damage.

The recent strikes on Syria are a part of Israel’s “War-Between-Wars” military campaign. The campaign is meant to push Iran and its allies out of Syria as well as to prevent them from developing their offensive capabilities. None of these goals have been achieved, yet.

And the treacherous Pootin, bows once again to his gods, the children of lucifer. He don’t mind sacrifice of Syrians brave men and women and children, if be.

Without the Russians and their treacherous leader Syria wouldn’t exist at this point in time. Obama’s plan to turn it into another Libya would have been achieved long ago.

"Israel" is a terrorist European settler colony
Reply to  gfy

If Syria was turned into another Libya, then Israel would try to capture more land from Syria. The West is still trying to push the “greater Israel project”.

Western moralistic interventions did far worse for these people than otherwise.

Many have concluded just that!

Zionists are trying to start a regional war with Syria and Lebanon as they want more land and water. The only obstacle is Hezbollah and its capacity to destroy Zionist hovels. The Zionists are mistaken if they think they can occupy most of western Syria as described in the Yinon plan. The Axis or resistance needs to retaliate with some real punches.

Putin wasn’t the President then, Medvedev was. Putin told Med not to trust the West over their so-called “no-fly zones” but Medvedev went his own way, and sure enough Putin was right.

Medvedev was a figurehead, every Russian knew that.

If you blame Medvedev for Libya, you axiomatically must credit him for crushing Georgia.

No we can credit that to Shoigu and his staff.

It was Medvedev president of russia at the time, NOT Putin, nice try, but some of us are educated here.

There are over 2 million pretend Jews in Occupied Palestine and the Zionists have a very strong influence in Russia and the lack of Syrian response to repeated Zionist attacks on Syria, mostly with full Russian collusion have only emboldened the Zionists. It is time Syria or the Axis or Resistance retaliate and the test the Zionist capacity to fight a real war. The pathetic Zionist backdown against an isolated quarantined Hamas in Gaza has exposed them as diaper soldiers. The Syrians need to hit back. Let’s hope that with hardliners coming to power in Iran next month, these passive policies will change. The Zionists have no stomach or capacity to fight a grueling land war that will result in massive casualties and destruction of Zionist hovels.

A few ballistic missile hitting Israel and Hezbollah ready to join in will call Israels bluff.

Israeli attacks, while numerous, and enjoy much media coverage, the after action reports show these do very little damage overall. Which is probably the reason there’s no response to them. It cost’s Israel a lot of money to make these attacks, a counter attack would stop the Israeli’s spending money at the rate they do. Let them squander the funding provided by US Government as it will soon stop. When the pretenders have pissed away their money, then is the time to attack, when they can’t sustain a defense. And, never interrupt the enemy when he’s blundering.

Oh do STFU you little nonce. Russia saved Syrias bacoin back in 2015 by taking a stand, yet you piss and whine like a pathetic little girl.

You retards only excel at serving your (white) masters.

Proud and Hindu are mutually exclusive.

Put the crack pipe down.

Putin is not in Syria for Syria and could care less about Syria as long as Russian interests can be met. So far Syria has benifitted but ultimately Putin is only worried about Russia. He surely isn’t going to go against his ally Israel for Syria’s sake.

You’ve no idea what you’re talking about, troll.

Is your gibbering globetrotting genocidal Gujarati gangster god watching you through Pegasus on your phone to see if you’re earning the salary that the Bhakt Jumla Party IT Cell pays you?

Israel keeps blatantly violating international law, and getting away with it. They would think twice, if the Syrian military had the ability to strike back and destroy factories inside Israel.

They would think twice if Putin said Russian S 400s at Hmeimim would blow zionist planes out of the air. Instead of, say, rushing to absolve the zios of blame after they used a Russian plane as a human shield and it got shot down by mistake by the Syrians.

How cute zionists and salafists fighting together to make white atheist dudes rich.

Zionists *are*, and were always, white atheist dudes.

No thanks, i have no interest in being a warmonger, or a profiteer of other peoples misery.

I have values that arent dollars, unlike your robot ass!

do you know who is Vladimir Lenin?

What kind of retarded question is this?

The Amerikastani Con-serve-ative manages to write a whole article about this without once directly mentioning the name of the “country” that created and exported this software.

This same Amerikastani Con-serve-ative pretends to champion free speech but doesn’t permit the slightest criticism of this same “nation”, the racist fascist apartheid zionist settler colony in Occupied Palestine. In fact the very mention of the word “zionist” will get your comment removed.

Russia needs to step up prevention of these zionist attacks before SAA and civilian morale hits rock bottom … at least give Syria the support and/or ability to retaliate at a level that acts as an effective deterrent against future zionist attacks. TEP.

This isn’t Russia’s war, and it’s not fighting this war for Syria. Russia is doing what it agreed to do, and what Syria requested. Provide military assistance. Continuing to tell Russia what it needs to do shows a high level of stupidity.

i would love to see a few s 400s givin to Syria as well as 20-50 thousand Chinese troops move into Syria to help.

just accept that India cannot do anything. Didn’t India lose the last conflict, and lost at Thag La?

Chinese use soft power and will never intervene militarily in any conflict unless it is for the liberation of Taiwan. They will defend their lands, but use their immense economic and political power to influence global events. China has never been a hegemonic power, it built the Great Wall to keep the barbarians out, not for hegemony. China is globally respected for its moderate policies and lack of hubris.

The warnings China has issued to certain countries gives no indication China will not use military force, except in Taiwan. China has major interests in the Middle East to protect and has a record of doing what it states it will do. Remember Korea ? China stated, “If you cross the 38th parallel we will attack you.” US immediately crossed the 38th parallel. The Chinese attacked as stated. With one million Chinese pouring into Korea, chasing US military back to Pusan. It would be unwise to doubt the Chinese.

India is an enslaved peon failed state and poses no threat to China what so ever and even Pakistan can destroy it.

Right, keep beleiving what the anglos tell you. Naive dumbass.

Shooting empty warhouses as usual. If these strikes were a success, Iran would be more powerful by the say in Iraq and Syria. CIAtrolls and hasbarats are crying and raging 🤗