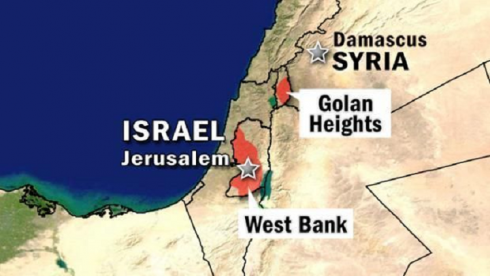 We remind you that Israel occupied part of the Syrian Golan Heights area, in 1967, after the so-called Six Day War. Later, in 1981, Israel annexed this area, but their annexation has not been recognized by any country in the world. Understandably, it would be enough for Israel to have one country that recognizes annexation, the most powerful country in the world.

Netanyahu’s argument is that, in his own opinion, there is no functioning government in Syria anymore and thus we should “think differently” about a number of issues, including the issue of the Golan Heights.

Netanyahu said that he is afraid that Iran will open “new front against Israel” in the area of the Golan Heights. He certainly wants to use those fears as an argument for American recognition of their occupation, but for now there is no concrete indication that the US could fulfill this wish for Israel.