Israeli Prime Minister Benjamin Netanyahu has announced an official Israeli support to creation of an independent Kurdish state in the Middle East.

On Tuesday, the Israeli prime minister’s office released a statement claiming that Israel “supports the legitimate efforts of the Kurdish people to attain a state of its own“.

The statement came ahead an independence referendum of Iraq’s Kurdistan Region scheduled for September 25. Thus, Prime Minister Netanyahu became the first head of state to support the independence of Iraqi Kurdistan.

Netanyahu added that he was not referring to the efforts of the Kurdistan Workers’ Party (PKK) to establish an independent Kurdish state in Turkey.

“Israel rejects the PKK and considers it a terrorist organization, as opposed to Turkey, which supports the terror organization Hamas,” he said.

However, it does not look like this will be enough to keep a nice relations with Ankara that strongly opposes to creation of any Kurdish state near or even inside its borders.

Hmm, that’d fill me with confidence if I were a Kurd……not

Whole Muslim world have no relation with Israeli refugees because they have declared them terrorists in OIC. Israeli refugees have sent by West under secret conspiracy to destroy peace and prosperity of Middle East.

That ought to put a good few states off the idea.

What a difference a border makes.

Oy Vey what a suprise, welcome Kurds to the exclusive “Most hated people on the Planet club” only other member – jews – but they are happy to have your company, only while its useful for them though and after that well, you are on your own. 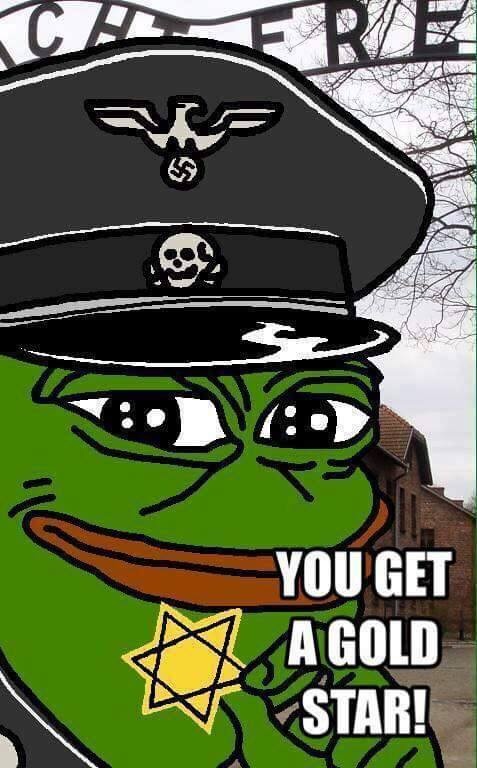 Israeli government is acting in a disgusting way. But in no way we should tolerate nazis. We can be anti-zionists without being racist. Keep religion and race out of politics!

Lol A Jewish Israel is race and politics, A Kurdish Kurdestan is race and politics – what you are really saying is White people have no right to exist but everyone else does – this makes you Anti-White and complicit in White Genocide!
So this makes you the nazi in your limited intelectual understanding or worse yet Communist – 200 000 000 + murdered or worse yet jew – Billions enslaved starved and murdered for profit! 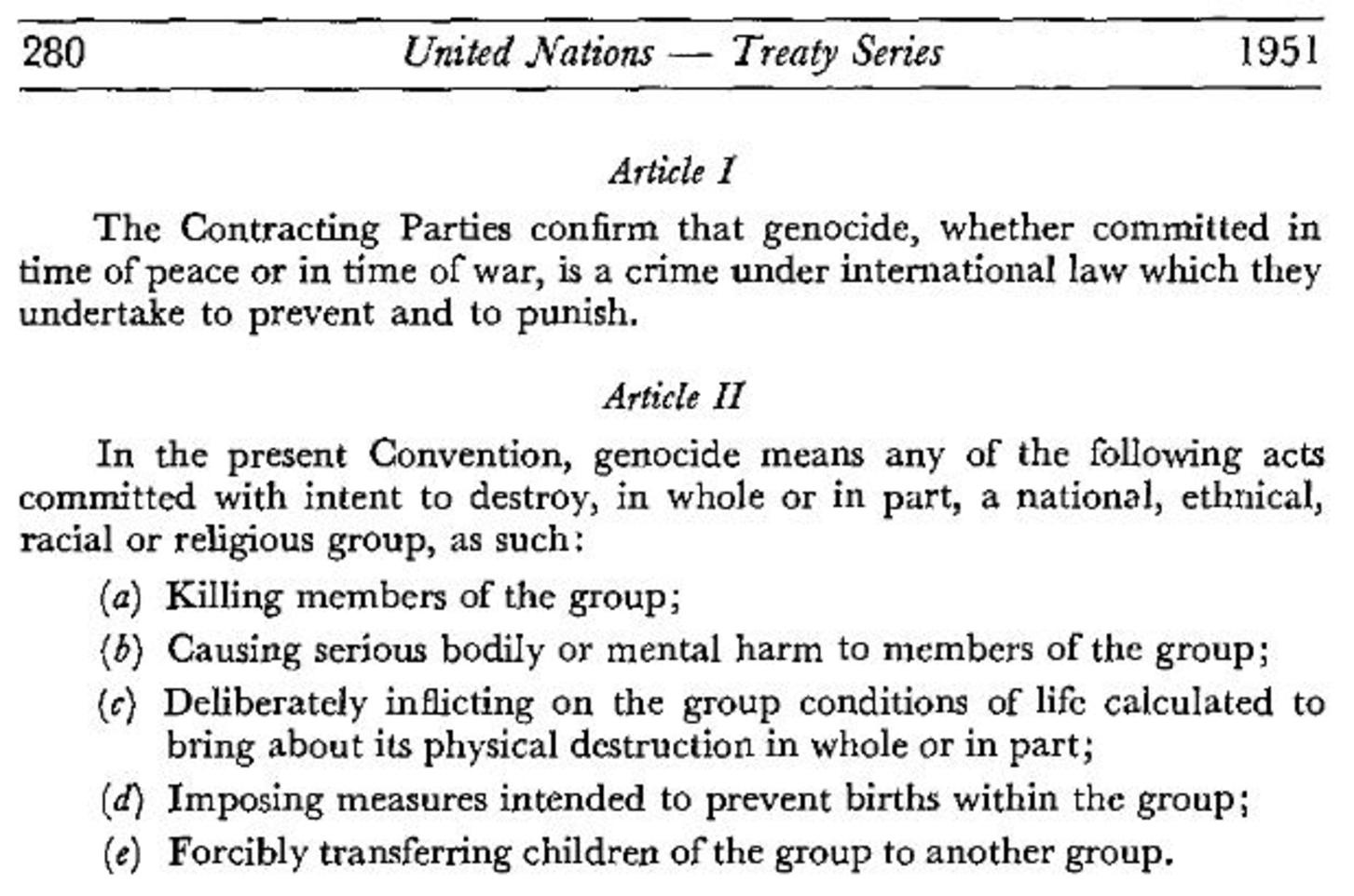 you got the secong flag, ugly nazi!

Now now SOLOMON, dont drop all your Shekels at once, you see Adolf Hitler is the man who can not die in Western civilization thanks to constant jewish movies and history channel hit pieces on WWII, this has made him the most notorious figure in history and subsequently very cool, the only true rebel, being a nazi is anti-establishment and edgy as you can get ie super super fucking cool, just ask Generation Zyklon lol so when old folk like you call someone a nazi now it actually means you are against the system, a rebel and edgy as fk ie about as cool as anyone can get so cheers even though im an Identitarian not a National Socialist, never did go much on socialism considering their death toll in the hundreds of millions but there you go cheers anyway – I certainly dont mind using gen Zs brilliant meme iconography to get someone to show their true colors lol 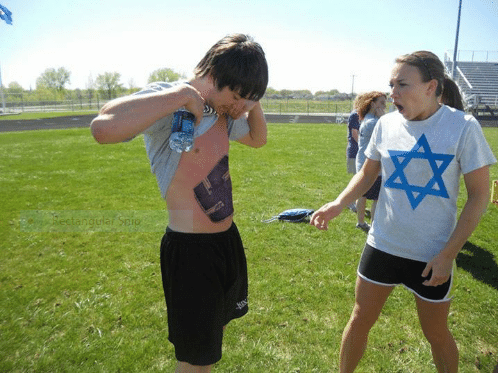 a not wise move like a backstab for kurdish people..for the whole muslim world consider israel arch enemy

Yep you can imagine how well thats going to work out for them.

Bibi Netanyahu, undisputed heavy weight champion of the world in at least 2 categories – worlds ugliest comb over and in the field of unintended geopolitical consequences. In the latter, his pigheaded insisting on wiping Syria off the map brought Iran on Israeli border. Congrats. His newest project aims at uniting the ununitable – Arabs, Turks and Persians. It has never been done before, but our Bibi always aims high – not as high as the illegal commissions he charges in weapons deals, but still very high. In order for his plan to work, sultan Erdogan would have to give up a third of his country, Iraq and Syria about a quarter. Iran would actually have the least to lose. There is no way in hell that Kurdistan – a land locked country, surrounded by hostile countries and no direct land connection with it’s allies – can survive, short of US fighting brand new war with 4 previous owners of land and keeping it’s forces there forever. Turkey was best Israeli ally in ME for 50 years. Bibi just made them Israel’s most dangerous enemy – congrats Turkey and sorry Iran. With enemies like Bibi, you don’t need friends…

The Zionist entity conveniently dubbed Israel is an artificial colonial cancerous state created on bogged religious justifications which do not exist, at the expense of millions of the native Palestinian inhabitants who were forcefully deported, or exterminated and forced to flee in terror in front of the brutal foreign zionist illegal settlers’ barbaric genocide of men, women and children. The artificial Zionist entity of the Kurds is following suite, copying the footsteps of their Zionist Israeli masters in every step, with a massive campaign of terror and ethnic cleansing of the native Arab and Christian populations of both Iraq and Syria. At the same time the native Palestinians continue to be denied their legitimate right to their once established state of Palestine, which continues to shrink and disappear as the Zionist cancer continues in its relentless expansion, disseminating war, death and suffering on millions of people in Palestine itself, Iraq and Syria. All this to bring the resource rich Middle East under the colonial US/Zionist domination, occupation and control according to the Zionist British colonial plan to redraw the map of the Middle Eeast to bring this project to fruition.

Israel’s plan to destabilize the Middle East has failed because of Russian and Iranian involvement in Syria and Iraq, Kurds are being used as pawns to salvage a loosing policy.

Absolutely right… The Kurds just sold their own souls to the devil and they will suffer the consequences for their folly.

palestines are weak. they are not able to produce single one sniper …

Really?
When i see you out there throwing stones at a tank with a barrel pointed at you maybe then ill consider your opinion. 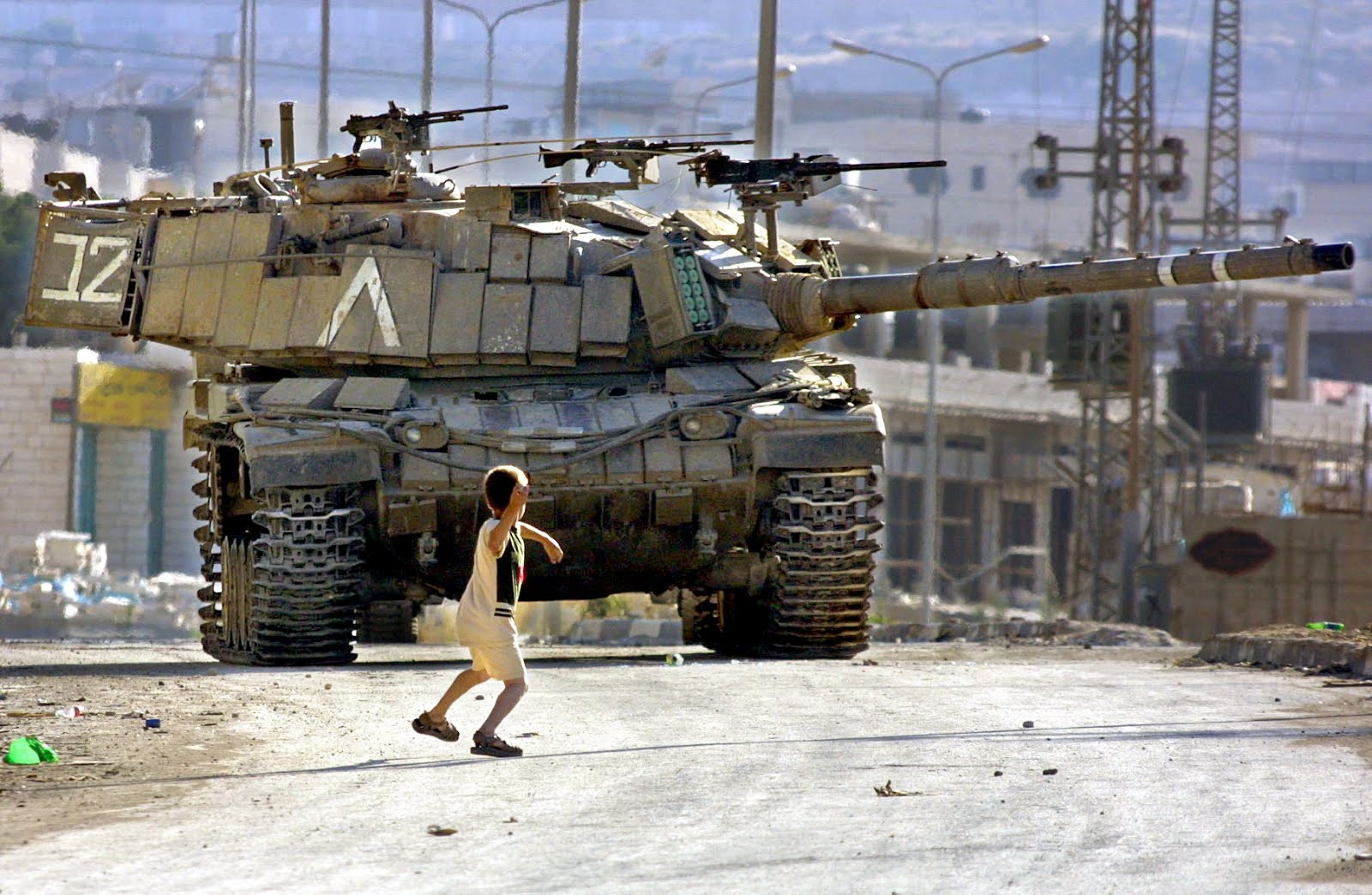 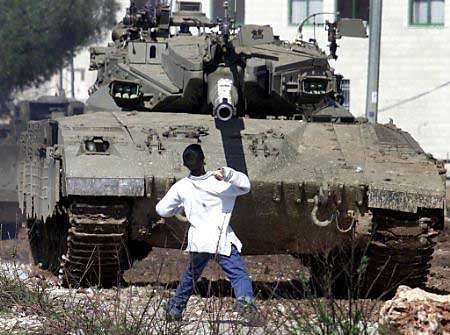 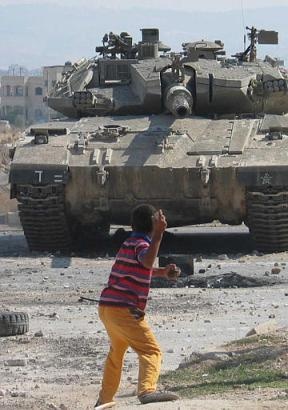 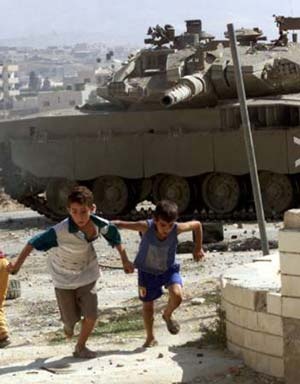 Weak you say?
Looks to me like the very fire of the universe runs through their hearts! 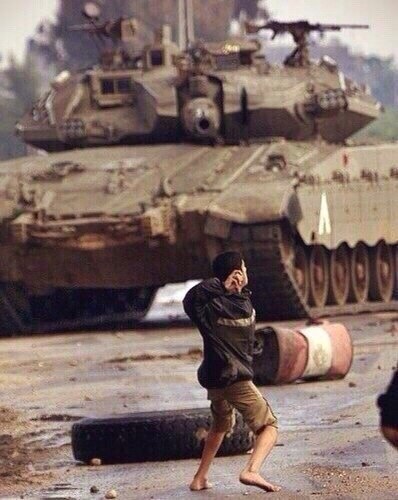 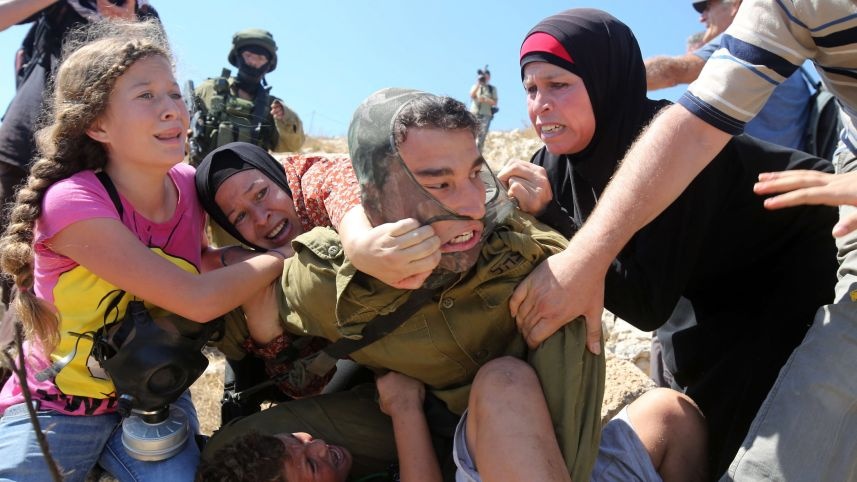 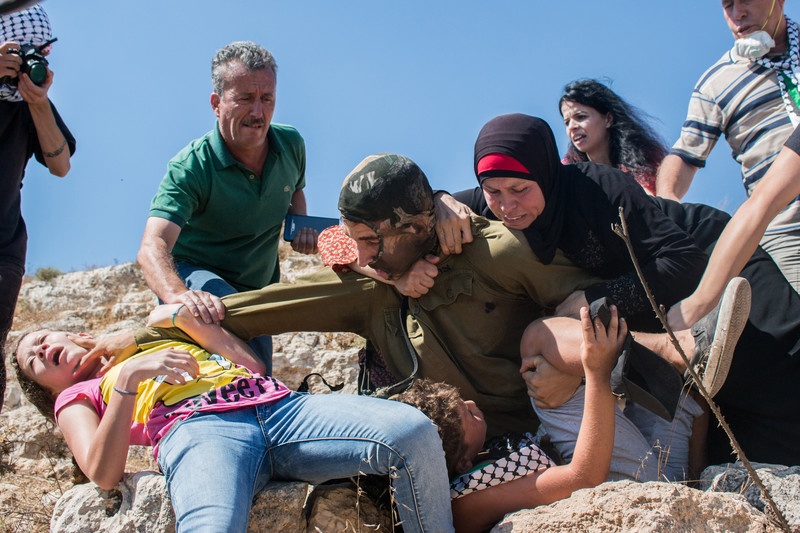 Who is weak and who is strong? 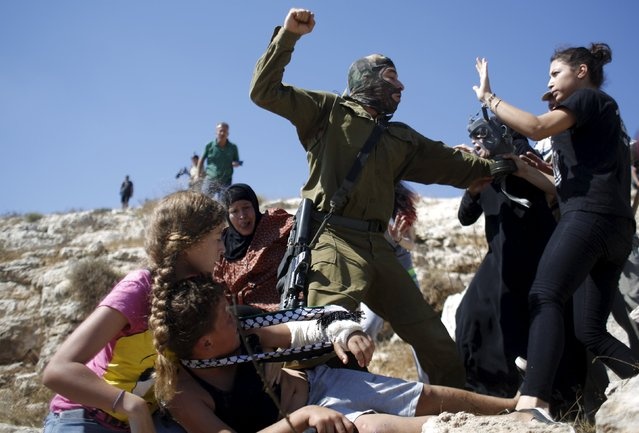 When i see you out there throwing stones at a tank

i would tech others to use shurikan. of course not against tanks (this sentence was because of your little IQ)

I get the feeling this is a trap. The “Allies” want the SAA, PMU, & Hezbolah to launch an offensive against the Kurds. This would give them a so-called pretext to defend their “ally” and further escalate the conflict. It would probably be best to let Turkey start the war against the Kurds, since we know they won’t tolerate a Kurdish state regardless of how the borders are drawn. A little patience now will go a long way. Be smart Syrians…

Yeah and Turkey will do it sooner or later anyway.

The US and Israel have been bringing in all these foreign groups such as Antifa, the Black block and other various Communist groups to Syria and fight for the Kurds. These Foreign clowns vote to change names of Syria Cities and partake in the Genocide of the Arab people while they do this , Ain al Arab was changed to Kobane , Taqba was changed to Al Thawrah. This is the influence of Communists in the region supported by the CIA they have been supporting the PKK since it’s inception.

This is how they try to rename and remake Terrorists as such as these are by painting them as more moderate and yet you see very few female commanders and politicians , yet they are over 50% of the population.They use groups like LGBTQ communists and others to show they are these alleged moderates and isolate their groups as they are racist to even them, but it’s veiled.

Excellent idea!
Lets the Kurds and Palestinians swap land and the new Kurdistan can be the West Bank and Gaza.

Fuhrer Benny can be its first chief executive. Although he may find it difficult running things and holding court from a prison cell. 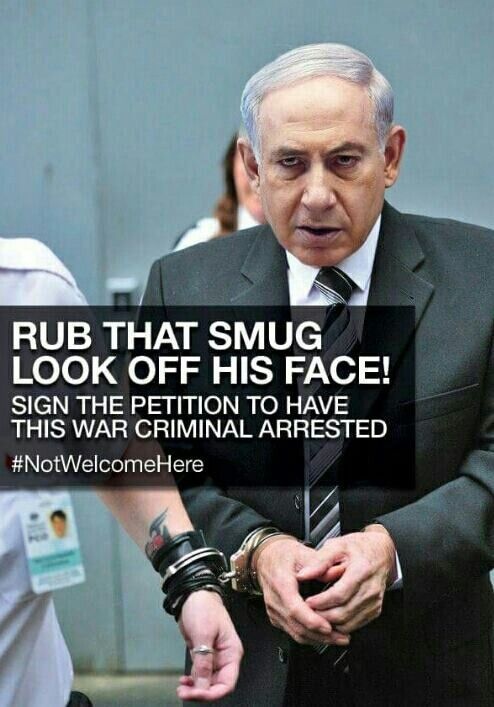 Lock him up and throw away the key!

We (non zionisty the World) declare officiale our support to the creation of a PALESTINA STATE.

Nutty Yahoo gotta love logic like this ,”While Israel rejects terror in any form” unless it suits their purpose and those of it’s proxies. Then adds “it supports legitimate efforts of the Kurdish people to attain a state of it’s own” wonder if that includes genocide , mass murder and mayhem and terrorism in achieving this in an area predominantly Arab. This seems to be also actions they use in Palestine, so they must see them as legitimate actions , pfftt! 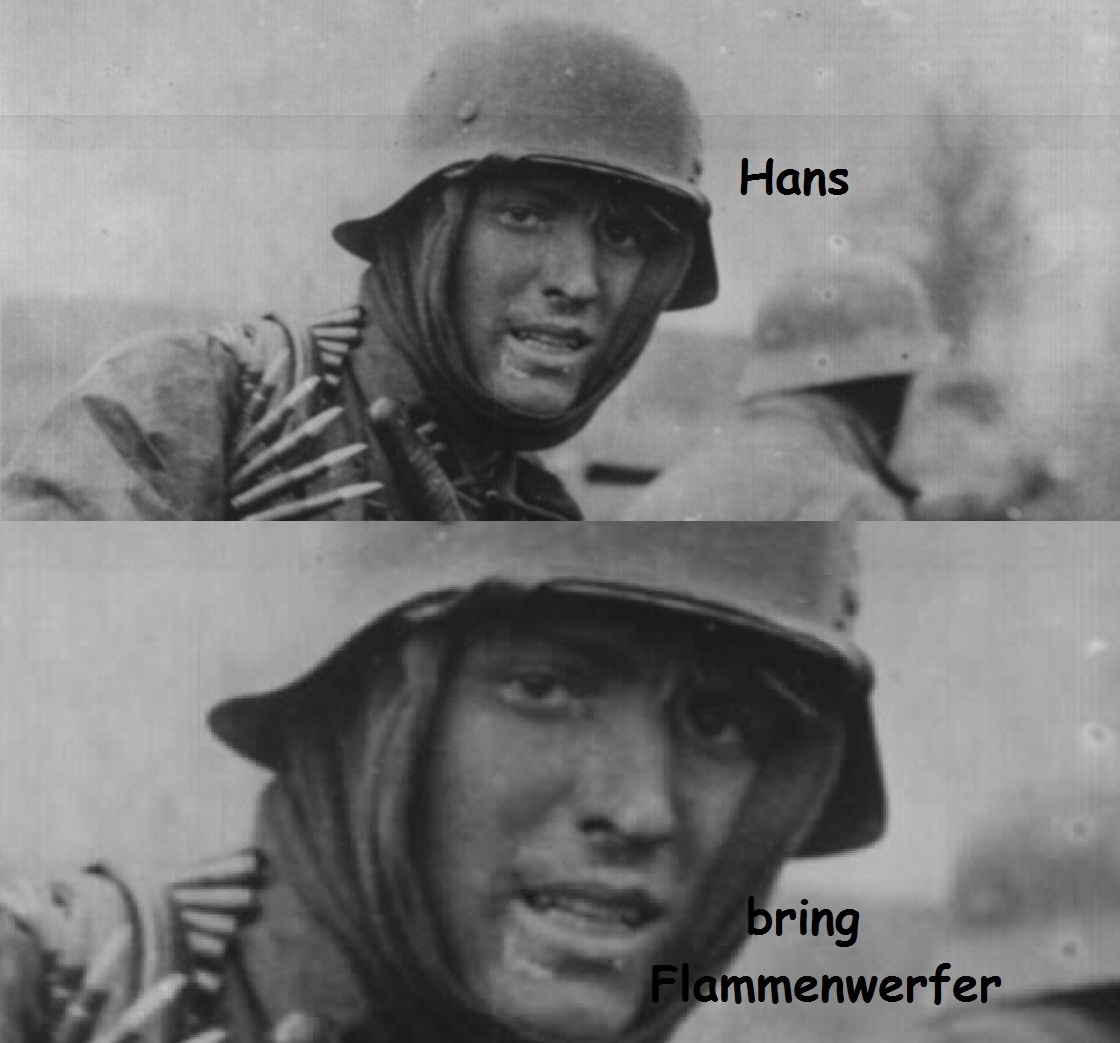 Did I miss his comments about “the legitimate efforts” of the Palestinians to create a state of their own? Seems like rather than popping off about the Kurds he ought to look to his own suppression of national rights in Palestine.