After two years of intense and painful political movements, of wars and terrorism fed by oil-dollars against Syria, after two years of unhealed wounds in Iraq, Libya and Yemen, the usual regional actors turn their sight, once again, towards a tragedia that doesn’t seem to have an end. 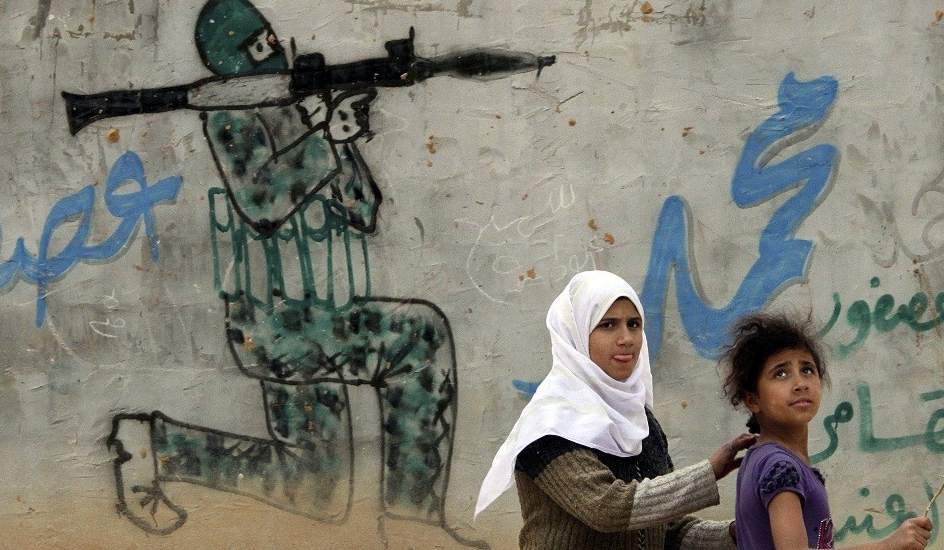 After two years of intense and painful political movements, of wars and terrorism fed by oil-dollars against Syria, after two years of unhealed wounds in Iraq, Libya and Yemen, the usual regional actors turn their sight, once again, towards a tragedia that doesn’t seem to have an end.

Decades of death and Palestinian resistance, decades of Zionist occupation and humiliation, Arab divisions, decades of the world’s major powers complicity and hypocrisy, haven`t destroyed Palestinian hope of an independent State inside the existing borders before 1967 with Jerusalem as its capital.

Now flags of peace are rising, a peace that to be accomplished must be fair and unconditional. A soft light comes from Europe and the Palestinian representatives don’t want it to turn off. France is carrying that flag, the same France that hit Libya and helps tearing Syria apart, but at the same time claims to be concerned because “the solution of the two States is at risk”.

Meanwhile, more Israeli bombs keep falling over Gaza, blockaded by Egypt, with the accomplice silence of the world, many Arab countries included.

The French initiative has some weight over its proposals. The idea, as the government claims, is to restart peace talks with international support, however, it doesn’t actually seem there are solid resources to assure something like that.

It’ll be interesting to see how Paris will convince Tel Aviv to sit and join the conversations. Even more when its two heavy-weights: the Prime Minister Benjamin Netanyahu and the new Defense Minister Avigdor Liberman, claim that as they are in power, there won’t be a Palestinian State.

Besides that, Zionists won’t take any concrete step until there is no new tenant in the White House. The relations with Obama, uninterruptible though, have always lacked of the usual affection.

No matter if we are used to it, it’s still surprising such Israeli impunity, whose high representatives feel they are going through a favorable regional moment, therefore they don’t see any consistent pressure to take part of negotiations of any kind.

Everyone has praised the Parisian initiative, Washington included, with its proverbial and cold enthusiasm. Everyone crave for  peace, but none of them take serious steps to accomplishing it, only little slaps on the Palestinian shoulder, careful declarations and pure charity actions that can’t be confused with real solidarity.

Everything is a staging with two objectives: keep the appearances and don’t cede positions. Thus it’s true that, even nobody admits it publically, the solution Palestinians crave for is impossible.

The explanation is simple. In first place Arabs don’t reach an agreement and tear the Palestinian people and its representatives apart by feeding their stances and interests. Those same differences led some of the Persian Gulf monarchies to take part of the blood shedding in Syria and Libya, even collaborating with Israel.

A second and already known factor is that beyond concrete discrepancies, the US are a loyal ally of Israel and a free Palestine is not precisely wanted in Washington, therefore it would have been accomplished already. Someone doubts it?

We must not forget that the American help to Israel is quantified in millions of dollars per year, Israeli bombs over Gaza have American technology besides the fact that Israel is almost a member of NATO, where it  happily confluents with France, the UK, good part of Europe and even with its Arab “enemies” like Kuwait, Jordan and Qatar.

Recently, an official Israeli mission was created inside the Atlantic Alliance, but from far before Israel was related to NATO by means of the “Individual Cooperation Program” that establishes the collaboration of the intelligence services of the allies and the connection to the electronic system of the alliance of the Israeli forces, nuclear ones included. Are there doubts about the compromise of Europe and the US with the Palestinian cause?

And there’s a third influencing element. Aware of the two points above, the rest of world’s powers that are part of the Security Council are limited to answering with euphemisms and juggles to the rude injustice against Palestinians, but at the same time they avoid creating inopportune frictions with the influencing actors in the region.

Russia is an example of this reality. Its government highlights its position in favor of peace, with two states under the borders of 1967 and Jerusalem as the Palestinian capital, stance inherited by the Soviet diplomacy that couldn’t or didn’t want to push by then the efforts to accomplish a fair agreement according to UN resolutions amidst a more favorable force correlation in that moment. Today, beyond the coherence on its Foreign Policy, Moscow holds good relations with Israel, recognizing it as an important regional actor. 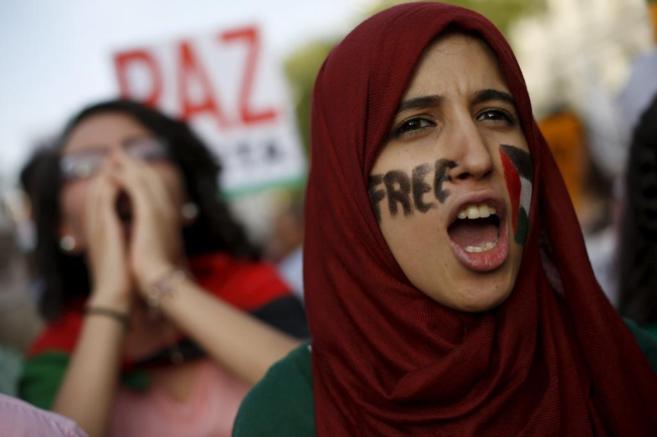 What’s France interest behind its initiative then?

Everything seems to indicate that Paris, besides aspiring a bath of pacifist publicity, intends to return to the political backstage of the zone, where it’s been a long time since Mollière language was last used, not the same as the arms and the interventionist spirit of the Légion Étrangère. In this sense, the Palestinian cause is just another gateway.

Paris, the same as Washington, has had to observe, with unusual impotence, how Russia has put things clear, accomplishing a turning point in some regional dynamics and also a presence, for some inadmissible, but real and consistent.

In this way, the initiative aims to rearticulate efforts and to close gaps to avoid that Syria and Iran, Russia’s allies, renew their influences in the zone, especially inside the spectrum of the Palestinian Political Forces. In this sense, there’s correspondence between the cravings of Saudi Arabia and France. Also, some analysts consider that after the nuclear agreement between Iran and the US and the “stop” Russia accomplished in Syria, in addition to the world’s energetic game, Washington is checking out the alliances in the zone and Riyadh doesn’t want to leave anything to spontaneity.

Summarizing, the Palestinian cause is still hijacked by all the complex interests and maneuvers in the region that keeps developing dynamics hard to foresee.

French initiative is destined to failure for it keeps avoiding vital issues and it mainly constitutes the clearest French-style diplomatic maneuver, where its yesteryear romanticism is replaced by cynism, amidst a dramatic rapture to get a portion of its old cake.